For the final installment of this “blast from the past” heraldry, we have two arms-like logos. 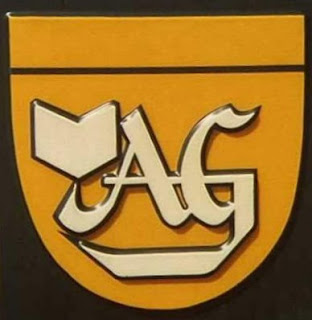 The first is the logo of the Assembly of God, a pentecostal and evangelical church.  Not only is the shield metal on metal (argent charge on an or field, and an or chief on an or field), but it’s pretty much unblazonable.  The AG is clearly the initials of the Assembly of God, and the chevron couped inverted is an open book, the Bible.  I keep trying to figure out what the thing underlining the A and G is supposed to represent, and have been unable to figure it out.  I keep thinking that it ought to be obvious, and attempt to work in a shape with the crossbar of the A and G and the descender of the G, but without success so far. 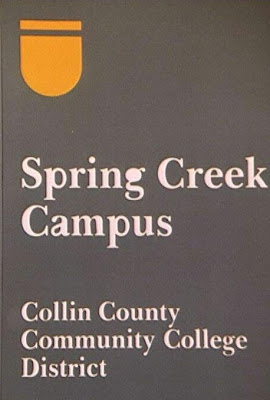 Finally, we have the shield-shaped logo of the Collin County Community College District, a round-bottomed shield with a detached chief.  (Or is it, really?  Could be a chief divided per fess?) 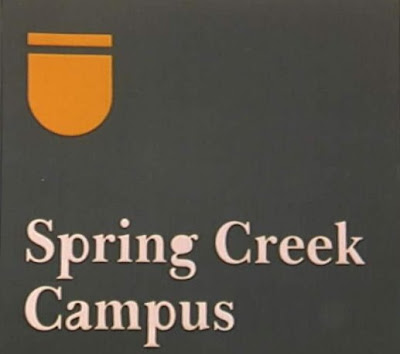 Since this photo was taken in 1998 the district has been rebranded, and is known now as Collin College, with the various campuses being a more integrated part of the organization.