Today’s heraldic offerings from coats of arms or arms-like logos seen in and about Dallas, Texas back in 1998 are three companies which dealt in alcohol in one form or another. 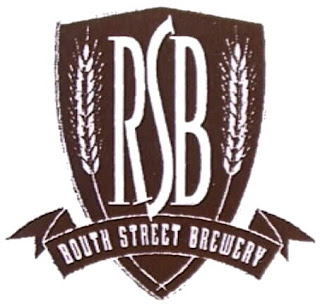 The first is the Routh Street Brewery, a micro-brewery located north of downtown Dallas.  The design of the logo is nice and simple, though the purist in me thinks that not only is the scroll overlying the shield unnecessary, but that they didn’t even need to put their initials on the shield.  Still, given the lack of knowledge of heraldry of the folks who would be their target market, I can understand why they included those elements.  The brewery is, alas, no longer brewing, and even their website has been closed down. 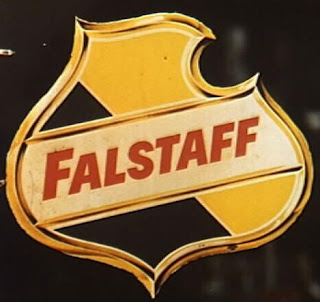 The next is a national brand, Falstaff beer, produced by the Falstaff Brewing Company of St.. Louis, Missouri.  I saw this sign for Falstaff (Per bend or and sable, on a bend sinister argent the word Falstaff gules) in a bar somewhere on the east end of downtown Dallas.  The company ceased production in 2005. 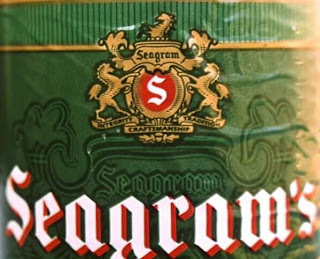 Finally, we move out onto the international scene, with the achievement of arms-style logo (Gules the letter S argent, the oval shield supported by two horses standing on the motto scroll (Integrity, Craftsmanship, Tradition) with mantling (but not a helm) and the crest of a demi-horse erect) of the Seagram Company.  With their headquarters in Montreal, Quebec, Canada, Seagram was at one time the largest distiller of alcoholic beverages in the world.  Seagram went defunct in 2000 and was broken up and all of its assets sold off.  (One of its bigger buildings is now condominium apartments.)