I've seen a number of things that people do with heraldry, some of which are probably just a little bit out of the "mainstream."  I mean, it's one thing to get a baseball cap or a tshirt with a coat of arms on it.  (Goodness knows, I've got quite a decent little collection of both, the majority being heraldry of places I've visited.)  But then there are those who want to take it one step further, and make it permanently wearable.  For example ....

Which is all fine and good; I'm always glad to see people using heraldry, even if in some fashion that may not be something that I would do personally.

And then I recently ran across on-line the picture below, of a young man who must really, really like his heraldry. 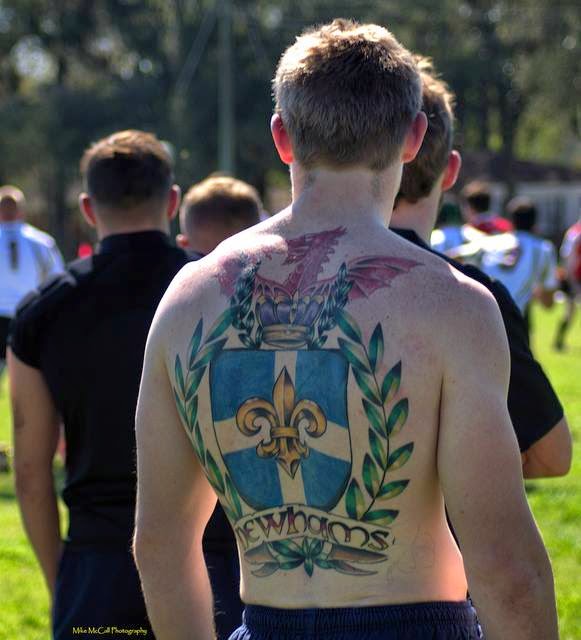 Unfortunately, I've been unable to track down this coat of arms in any of the usual places (Burke, Papworth, Rietstap).  I'm left with a lingering suspicion that he may have gotten the image from some bucket shop herald somewhere, which would be a shame.  Because if you are going to do something like that to your back, it would be nice if it were a coat of arms which you were actually entitled to bear (or in this case, "bare").

Still, you have to admire his moxie for getting it done like that!