Just So You Know 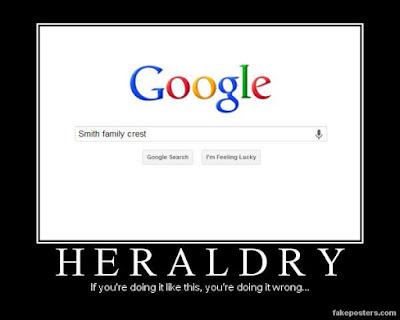 
The very nice people over at Heraldíca Nova, in their on-going quest to continuously update their Digitized Armorials list, have recently added another nineteen (count 'em! Nineteen!) armorials to that listing.

I could spend a lot of time copying pictures from some of these armorials, and then spend more time discussing each of them in turn,

You could simply click on the link below and see them for yourself.

Since the latter is what you're going to want to do anyway, I vote for the latter.

So if you want to take at look at these digitized armorials for your research (and many of them are downloadable to your computer, so you can even go through them without having to be on-line), or if you simply like looking at pretty pictures of heraldry and coats of arms, go visit this post on Heraldíca Nova at http://heraldica.hypotheses.org/4785

You'll be glad you did!

This Is What Happens ...


This is what happens when an heraldic artist has never seen anything more than a very rough description of an heraldic beast when painting a roll of arms.

Yes, this is pretty clearly supposed to be an "elephant."

No, that's not really what an elephant, even an heraldic one, is supposed to look like. I can only think that he was told that "an elephant is a lot like a horse, only much bigger, with a long dependent nose, two large tusks coming out of its mouth, and huge ears covering the sides of its head."

Apparently When the Family Came to America ...


Apparently when the family came to America, they changed their name to "Brown," but retained their love of dogs. 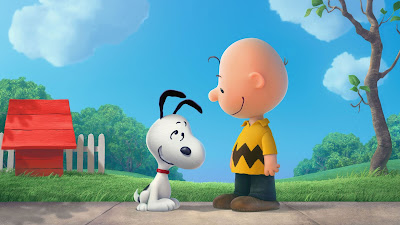 Another Heraldic Site to Add to Your "Must Visit" List


I ran across a recent (June 23, 2016) article in L'Italo-Americano that added a new site to be visited the next time we are in Italy. The article, by Simone Sannio, was entitled "The Palace with a Thousand and One Coats of Arms: Exploring the Archiginnasio of Bologna."

The article talks about the history of the Archiginnasio, built in the middle 1500s as the seat of the University of Bologna and currently the seat of a civic library. But the real draw for me, naturally enough, is the reminders of the students and masters who attended the University to be found in the coats of arms decorating the walls and ceilings there. 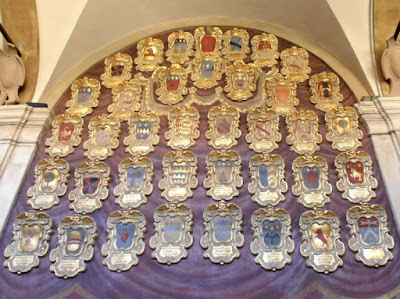 It's not a place I'd heard of before, but it is definitely on my list of places to visit now.

You can find the article, with more pictures, on-line at http://www.italoamericano.org/story/2016-6-23/archiginnasio


No, not the Boston in Massachusetts I am familiar with and have visited several times; this is a story from Boston, England. 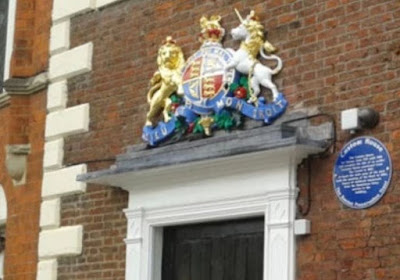 The former custom house there, built in 1725, is currently home to Little Lions Nursery, which has spent some £1,500 to restore the Royal achievement of arms over the door (above).

The cast iron achievement of arms had suffered over the years, becoming badly faded, and the gold lion supporter having at one point been painted black.

The only issue that I have with the article about this otherwise heartening restoration is that it notes that Mr. Shane Gray, the owner of the business, was told that "the royal arms is itself more than 200 years old," which isn't possible. The Royal Arms of Great Britain did not take this form until the accession to the throne of Queen Victoria in June 1837 (because, as a woman, she was ineligible to use the Hanover quartering used by her predecessor and uncle). The 200th anniversary of that date is not for another 21 years, so this representation of the arms cannot be "more than 200 years old."

I also have an issue with the restoration itself, in that the second quarter (Scotland) appears to have been miscolored, with an argent (rather than the correct gules, or red) field sporting the golden lion rampant, within a double tressure flory counterflory sable or azure rather than gold.

Still, overall it's nice to see the restoration to its original glory of this royal achievement of arms taking place in the city of Boston for which Boston, Massachusetts is named.

You can read the entire article on-line at the website of The Boston Standard at http://www.bostonstandard.co.uk/news/local/royal-arms-is-restored-to-its-former-glory-1-7458876


I ran across a recent (June 29, 2016) article with a little new information on the arms of William Shakespeare ("ye Player" according to Ralph Brooke, York Herald in the College of Arms at the time) entitled "Shakespeare: Actor. Playwright. Social Climber." 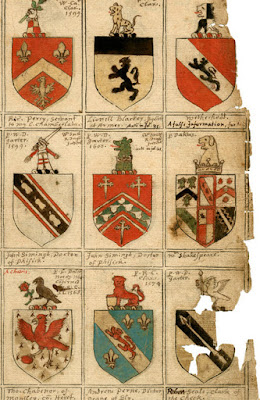 The article, by Jennifer Schluessler, introduces us to some recently-discovered documents which shed some light on a side of Shakespeare which is not always covered very well: Shakespeare the social climber. The documents, discovered by Heather Wolfe, curator of manuscripts at The Folger Shakespeare Library, relate to the grant of arms to John Shakespeare in 1596.

It's an interesting article for both Shakespeare enthusiasts and heraldry enthusiasts (and doubly so to those of us who are both), and well worth the read. You can find this article on the website of The New York Times at http://www.nytimes.com/2016/06/30/theater/shakespeare-coat-of-arms.html?smid=fb-share&_r=0

Additional articles, mostly based on the New York Times one above, can be found at http://www.atlasobscura.com/articles/found-evidence-of-shakespeares-bold-social-climbing, http://www.theatermania.com/new-york-city-theater/news/shakespeare-coat-of-arms-discovered_77656.html, http://www.smithsonianmag.com/ist/?next=/smart-news/researcher-unearths-trove-new-shakespeare-documents-180959673/, and http://www.newhistorian.com/new-records-show-shakespeare-established-brand/6765/

Apropos of the Holiday


In honor of the holiday celebrated here in the United States (Independence Day), and with more than a nod to how it is often celebrated nowadays (complete with rocket pops, a frozen treat similar to a Popsicle, but rocket-shaped), is the following take on the national achievement of arms from a recent Wear Viral tee shirt: 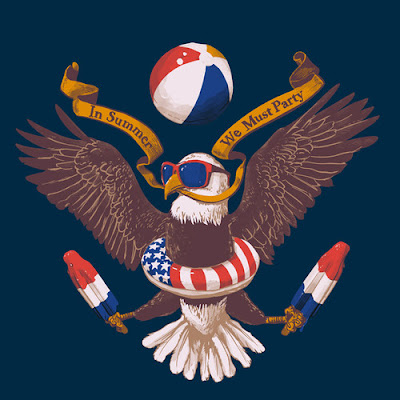 And, of course, the real achievement of the arms of the United States, adopted June 20, 1782, as used by the government and various federal agencies today (here, the Department of State): 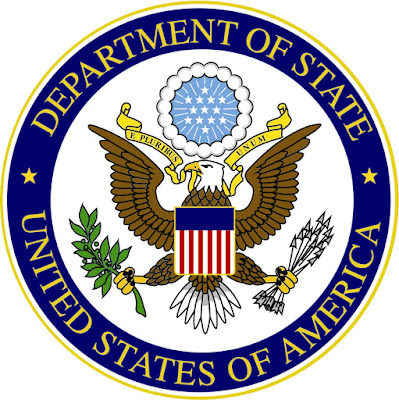