More Foreign Recipients of the Order of the Elephant


Then we came to this window bay in Frederiksborg Castle, with armorial plaques from a number of foreign (that is, not Danish) recipients of the Order of the Elephant. 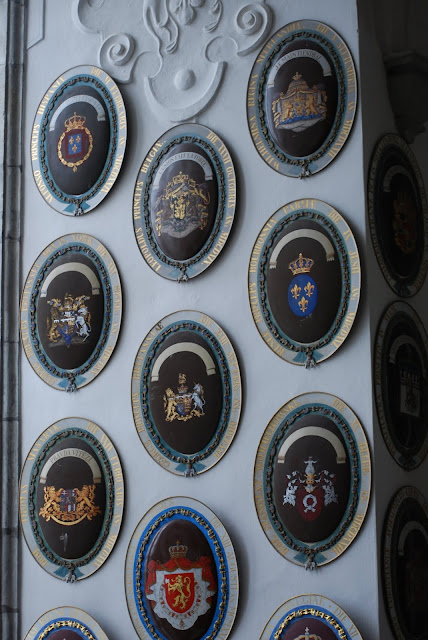 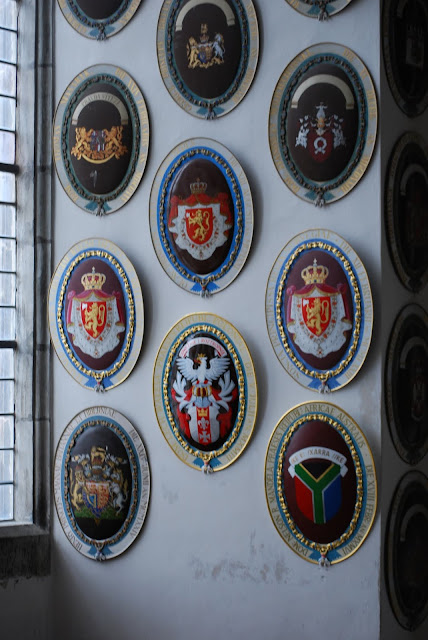 I'm not going to highlight all of the plaques in this bay besides the three below, but if you look carefully (and, of course, you can always click on an image to see a larger, more detailed photo), you can see the arms of France, Great Britain, Norway, and The Netherlands amongst them. The first of the three plaques I will highlight from this bay is that of Henry William Frederick Albert, Duke of Gloucester (1900-1974). He was the third son and fourth child of King George V and Queen Mary. He served as Governor-General of Australia from 1945 to 1947, the only member of the British royal family to hold the post. (He was created a member of the Order of the Elephant in 1924.) 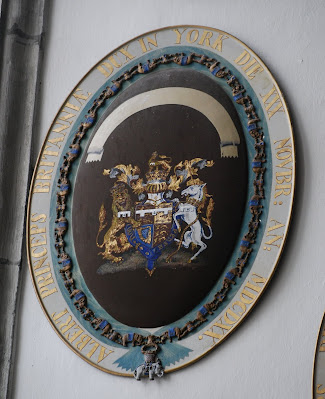 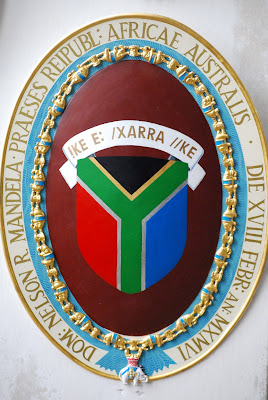