On this, our final foray into the armorial plaques of the members of the Order of the Elephant in Frederiksborg Castle, Denmark, we're going to visit the plates of a couple of princes and a couple of presidents. 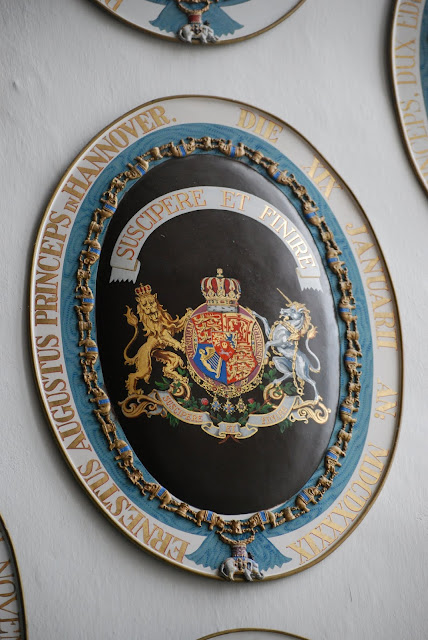 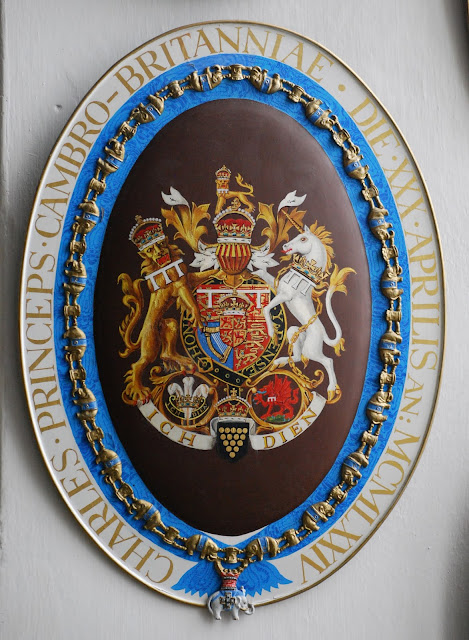 Next we have another prince, Charles (Charles Philip Arthur George), Prince of Wales (created a member of the Order in 1974). The arms are those of United Kingdom with a label and charged with a crowned inescutcheon of Wales, the whole encircled with the garter of the Order of the Garter. You will also note his singly-arched crown on the lion crest and lion supporter, on the helmet above the arms, on the inescutcheon of Wales, and atop the arms of Cornwall in base, as well as badges (the Prince's feathers and the red dragon) and motto as Prince of Wales. Additionally, tucked into the motto scroll we find the arms of Cornwall, as befits his title of Duke of Cornwall. 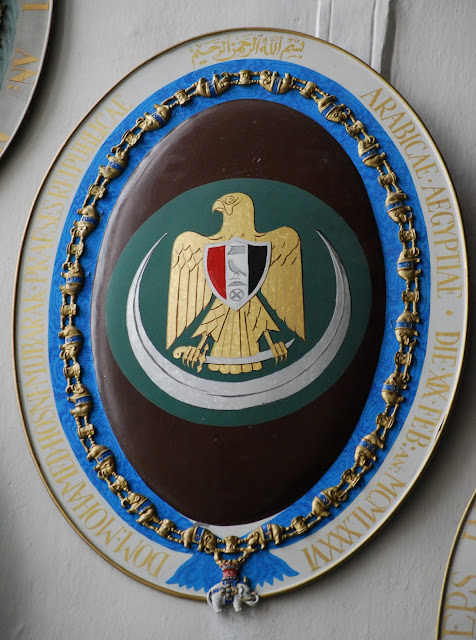 Next is the plaque of Mohammed Hosni Mubarrak, President of the Arab Republic of Egypt (created a member of the Order in 1986). The heraldry is the modified and personalized arms of Egypt: The eagle of Saladin gold on its breast an escutcheon Per pale gules a sable a pale argent (or, Tierced per pale gules argent and sable). Here, the pale is charged with Egyptian hieroglyphics, the eagle is holding a shamshir (curved sword) in its talons proper, and that is all placed on a green roundel within a crescent argent. 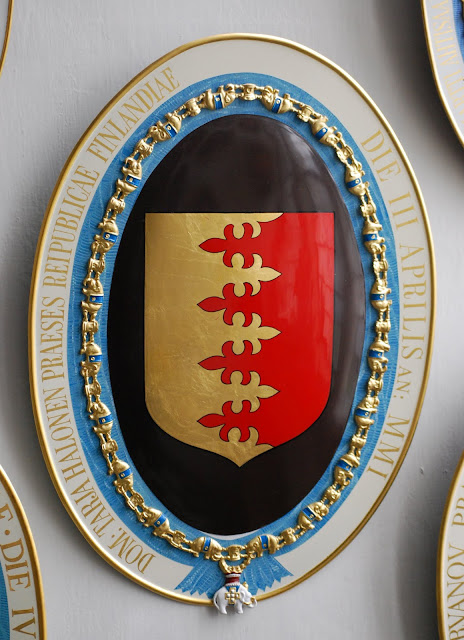 Finally, we have the armorial plaque of Tarja Halonen, President of the Republic of Finland (created a member of the Order in 2001). The blazon is: Per pale flory counter-flory or and gules. A beautifully simple, although seeming complex, coat of arms.

This finishes up our review of the armorial plaques of the members of the Order of the Dannebrog and the Order of the Elephant displayed in Frederiksborg Castle. What are we likely to see in our next post?
Posted by David B. Appleton at 2:00 AM