And Now: Armorial Plaques of Members of the Order of the Elephant 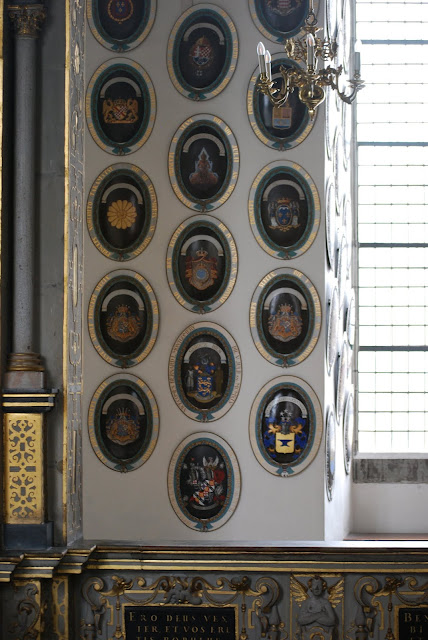 If you look carefully, you may recognize some of the arms there. We'll be seeing more of them more closely in a little while.

But for now, a note:

I am not blazoning many of the multi-quartered coats of arms in the first several posts of these armorial plaques. If you wish to see painted versions of these arms, particularly of some of the older ones, I recommend that you consult the Arms Books of the Order of the Elephant, which have been digitized and can be found on-line at https://www.kongehuset.dk/vaabenboeger 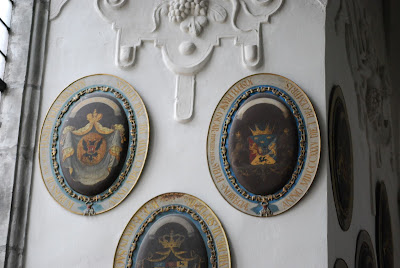 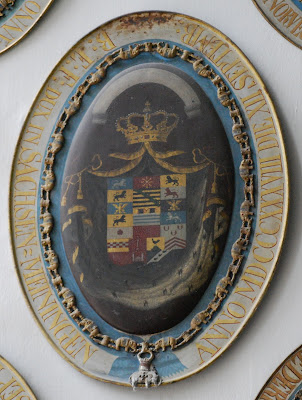 This plaque is that of Bernhard [II] Erik Freund, Duke of Sachsen-Meiningen (d. 1882; created a member of the Order in 1838). The shield is one of those lovely German multiply-quartered shields that says, “This is everything, and I do mean everything, I own.” 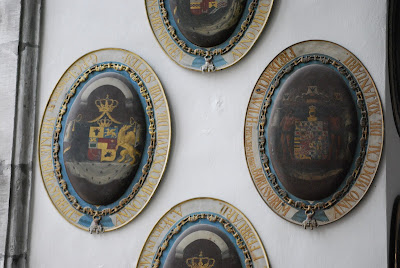 Here on the left we have: Georg Friedrich Charles Joseph, Grand Duke of Mecklenburg-Strelitz (1779-1860; reigned 1816-1860) (created a member of the Order in 1838). One of his daughters, Caroline Mariane (1821-1876) in 1841 became the second wife of the future King Christian VIII of Denmark. Here again, we find a multiply quartered field of the territories rules by the Grand Duke.

And on the right: Friedrich Wilhelm, Hereditary (Crown) Prince of Borussorum (Prussia) (created a member of the Order in 1840). He later became  Friedrich Wilhelm IV, King of Prussia 1840-1861. Again, “Look at all the stuff I own!”, including four (count ‘em, four!) inescutcheons. 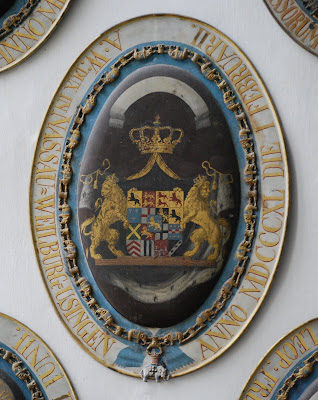 And for our final entry today, we have Adolf Wilhelm Charles August Karl Friedrich, Duke of Nassau-Weilburg-Usingen (1817-1905; created a member of the Order in 1840). His arms consist of sixteen quarters and an inescutcheon!
Posted by David B. Appleton at 2:00 AM