It's Good to Be the Prince 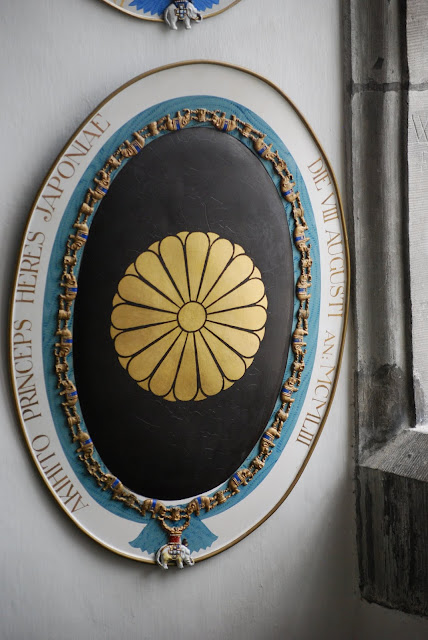 First, we have the armorial plaque of Akihito, Crown Prince of Japan (created a member of the Order of the Elephant in 1953). He was later the 125th emperor of Japan from 1989 until 2019. The "heraldry" here is of course the sixteen-petalled chrysanthemum mon of the Emperor of Japan. 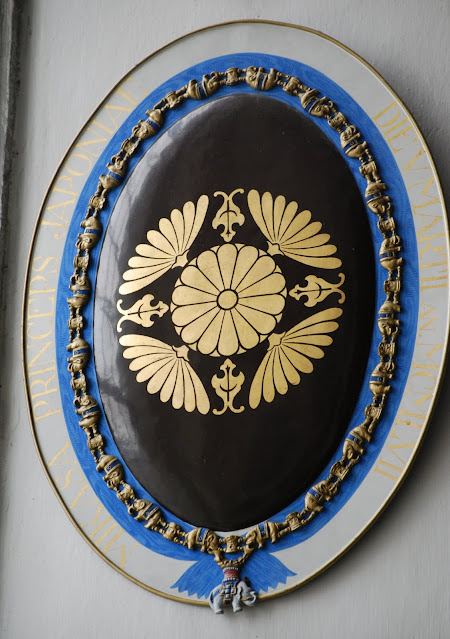 Next we have the plaque of Takahito, Prince Mikasa Japan (created a member of the Order in 1957).  He was the fourth and youngest son of Emperor Taisho, and the youngest brother of Emperor Hirohito. The "heraldry" on this plaque is a variation of the chrysanthemum mon of the Emperor, with only fourteen petals, and (in saltire) four chrysanthemums in profile and leaf designs between them. 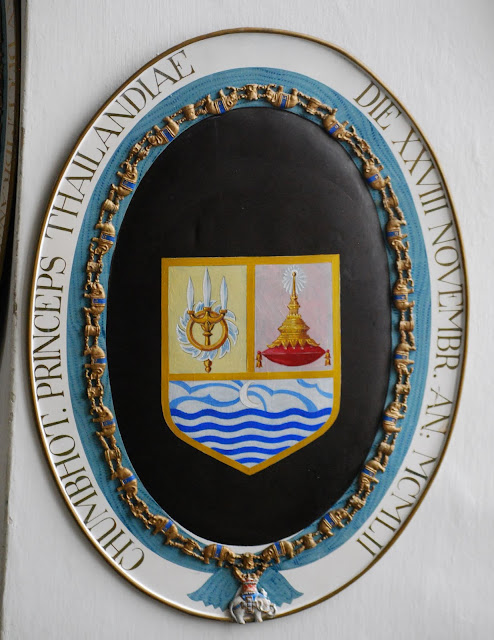 Next is the plaque of Chumbhot Rongse Paribatra, Prince of Thailand (created a member of the Order in 1952). Like the other plates of members of the Order from Thailand that we have seen earlier, this "shield" is not truly heraldic per se. 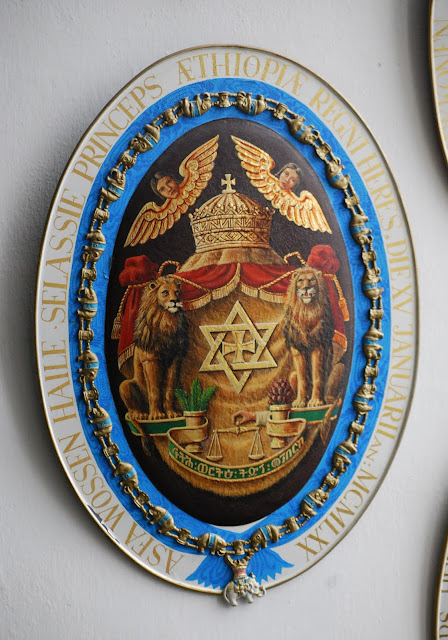 And finally for today, we have the symbol-laden (if only quasi-heraldic) plaque of Asfa Wossen Haile Selassie (1916-1997) (born Asfaw Wossen Tafari, son of Haile Selassie (himself born Tafari Makonnen)), Crown Prince of Ethiopia (created a member of the Order in 1970). He was later (1989-1997) His Imperial Majesty Emperor Amha Selassie I, Elect of God, Conquering Lion of the Tribe of Judah and King of Kings of Ethiopia.