The next stop on our heraldic tour was St. Michael's Church in Linlithgow, where we were treated to a very impressive display of Royal heraldry. 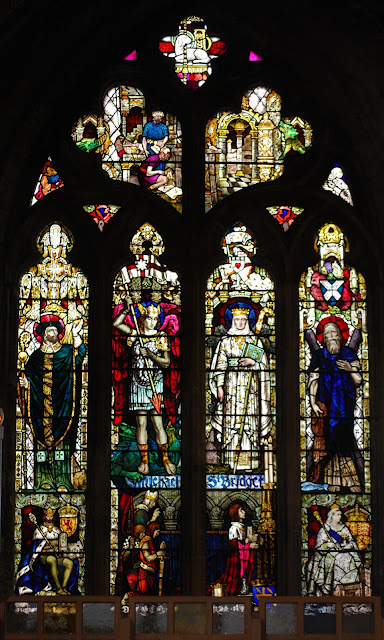 Across the bottom of the window, accompanied by their coats of arms, are: 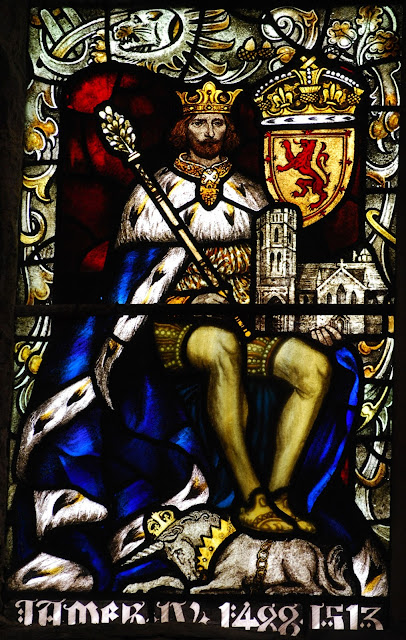 King James IV, with the Royal Arms of Scotland by his left shoulder, in the first panel; 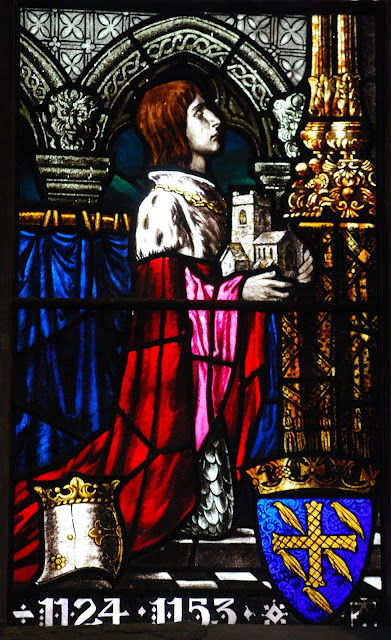 King David I of Scotland, bearing the same arms as those attributed to the canonized English King Edward the Confessor, Azure a cross flory between five martlets or, in the third panel. (St. Edward the Confessor died in 1066, well before King David's reign over Scotland.) 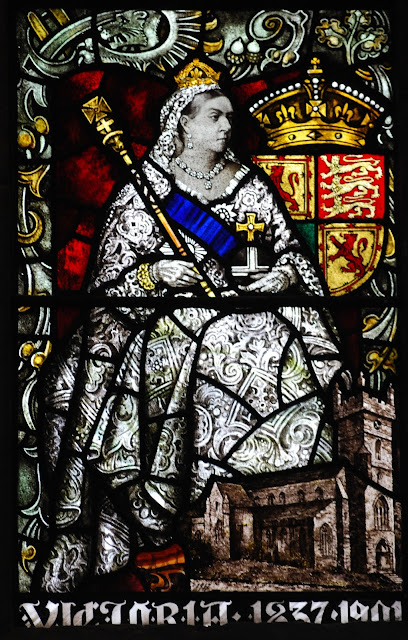 And at the right, in the fourth panel, Queen Victoria, with the Royal Arms as used in Scotland.

I want to discuss a couple of the other panels in this window in the near future, but I wanted to share this impressive display of Royal heraldry with you first.