A Saintly Coat of Arms


In the large four-panel stained glass window in St. Michael's Church in Linlithgow, Scotland, which I showed you in my last post, one panel was dedicated to the patron saint of Scotland, St. Andrew.

In addition to being shown with his cross, above his head is a shield Azure a saltire argent, which in flag form is probably the premier emblem of Scotland's people. (The arms with the red lion within a double tressure flory counter-flory is the emblem of the King or Queen of Scotland.) 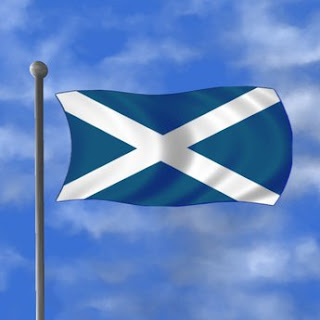 The arms, as a symbol of Scotland, are also found elsewhere in St. Michael's Church, on a panel behind the altar; 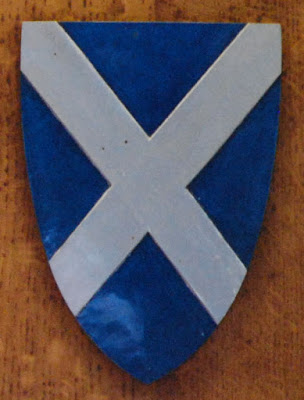 and on one of the ceiling bosses. 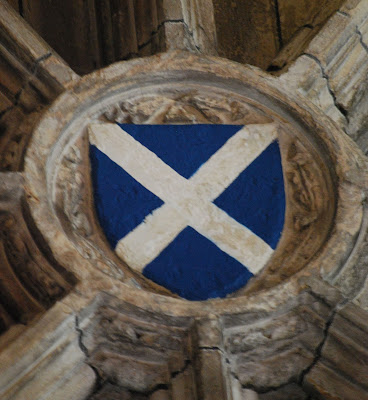 Why, yes, I did almost get a dizzying  case of vertigo taking this picture. Why do you ask? All I can say is, "Thank goodness for a good telephoto lens!