Our next bit of heraldry comes from a memorial placed in the cemetery by the John Marshall High School Corps of Cadets as a memorial to their members who have given their lives in the service of their country. 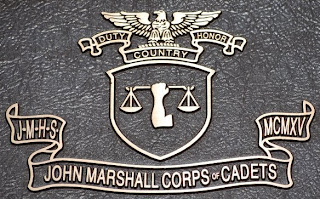 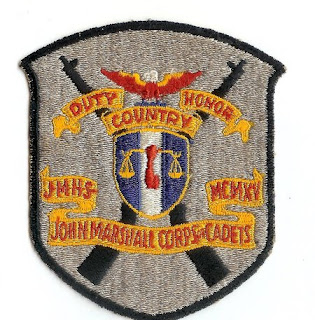 The Corps has a webpage at http://jmhscadetcorps.org/ on which can be found a few photographs from its history. There is also a webpage for John Marshall Corps of Cadets Alumni at http://jmhscadetalumni.org/gpage1.html, which has more information on the Corps’ history, and one page of which, “Memorials,” has a black and white photograph of the full plaque in Hollywood Cemetery.
Posted by David B. Appleton at 6:00 AM