For our last stop in Hollywood Cemetery in Richmond, Virginia, we have the grave of Fitzhugh Lee (1835–1905). “Fitz” Lee, the grandson of Richard Henry “Light Horse Harry” Lee of Revolutionary War fame and a nephew of General Robert E. Lee, was a Confederate cavalry general in the Civil War, the 40th Governor of Virginia, diplomat, and United States Army general in the Spanish-American War. He is shown here as he appeared during the Civil War, and again later as governor of Virginia. 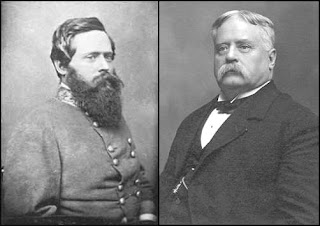 No less a figure than J.E.B. Stuart, Robert E. Lee’s cavalry commander (who is also buried next to his wife, in Hollywood Cemetery), said shortly after the Gettysburg campaign that Lee was "one of the finest cavalry leaders on the continent, and richly [entitled] to promotion." Lee was promoted to major general in the Confederate army on August 3, 1863. 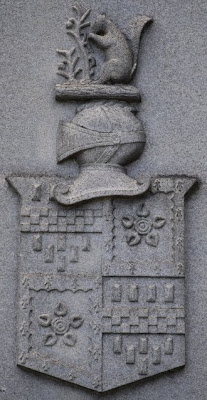 Fitzhugh Lee is buried under an obelisk bearing the coat of arms of the Lee family of Virginia, which arms are known to have also been used by his uncle and (at least the pronomial coat in the first and fourth quarters) by his grandfather. 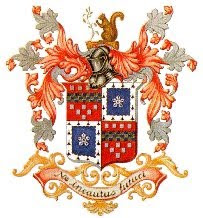