One of the most notable features of the interior of King's College Chapel after you pass through the gateway leading into it, is the many carved representations of the arms of King Henry VII and King Henry VIII.

The most notable differences between the different depictions are the shapes of the shields, and the head positions of the dragon and greyhound supporters.
The dragon supporter, of course, comes from the Welsh red dragon, which was used on Henry Tudor, later King Henry VII's, banner, and is noted on his banner at the Battle of Bosworth in 1485. The dragon was a supporter for all of the Royal arms of the Tudor kings and queens.
The greyhound supporter was used by Edmund Tudor, 1st Earl of Richmond, the father of King Henry VII. Henry VII always used the greyhound as a supporter, usually paired with a dragon, but sometimes with another greyhound.
King Henry VIII used a dragon and greyhound as supporters early in his reign, but from about 1515 also used the lion of England and the dragon.
So, with all that as background, let's take a look at the various carved depictions of the Royal Arms of Henry VII and Henry VIII that appear in King's Chapel. How many different shield shapes and head postures can you see here? 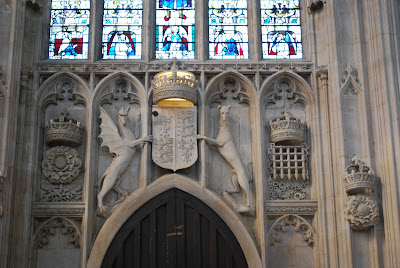 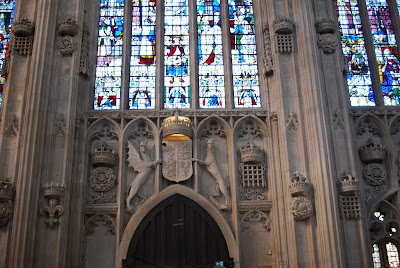 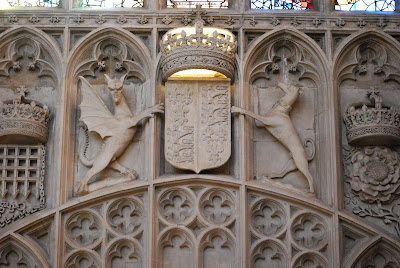 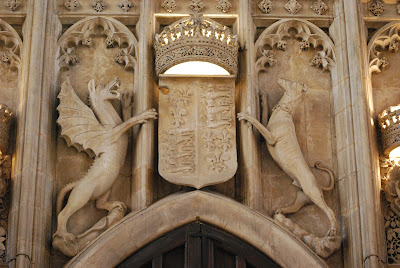 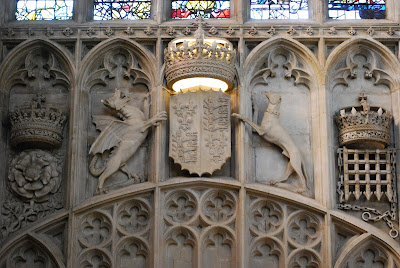 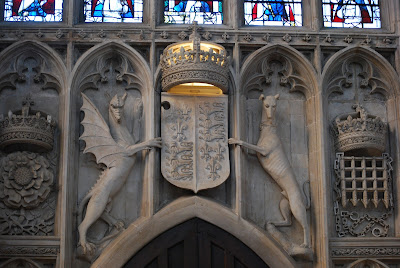 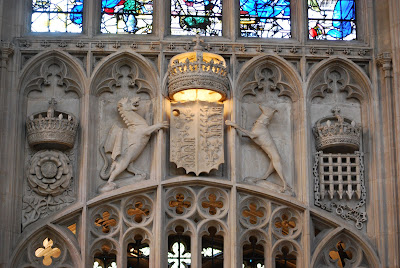 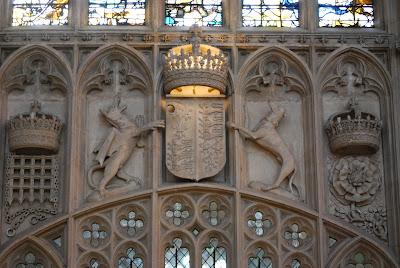 You also have no doubt noticed the crowned Tudor roses and crowned portcullises (and at one point, even a crowned fleur-de-lis), which badges we have seen before outside the Chapel, which flank each of these depictions of the Royal arms.
All in all, a very impressive display of heraldry!
Posted by David B. Appleton at 2:00 AM