Henry VIII, and (Two of) His Queens


After looking at all of the stained glass representations of the Royal arms of Kings Henry VII and Henry VIII last time, today we're going to focus on just Henry VIII, and two of his six wives.

First, we have Henry VIII's Royal arms, which we know to be his because of the lion and dragon supporters, which his father King Henry VII, did not use: 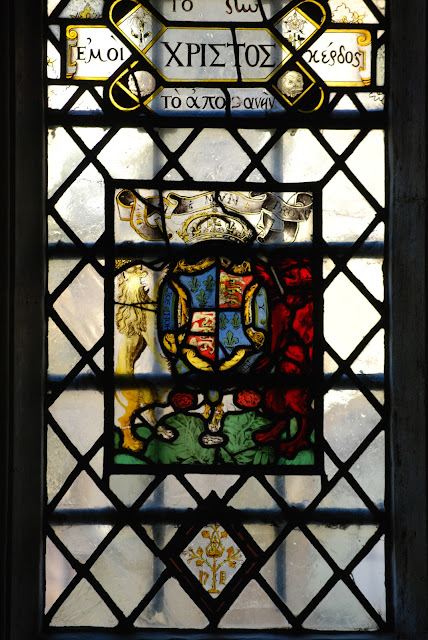 And here are those arms in greater detail, surrounded by the Garter, and with the King's motto, Dieu et mon droit (God and my will) on the scroll above it: 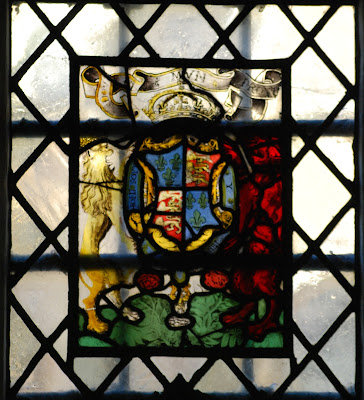 In the upper part of another window, we find the arms of Henry VIII impaling those of his first Queen, Katherine of Aragon: 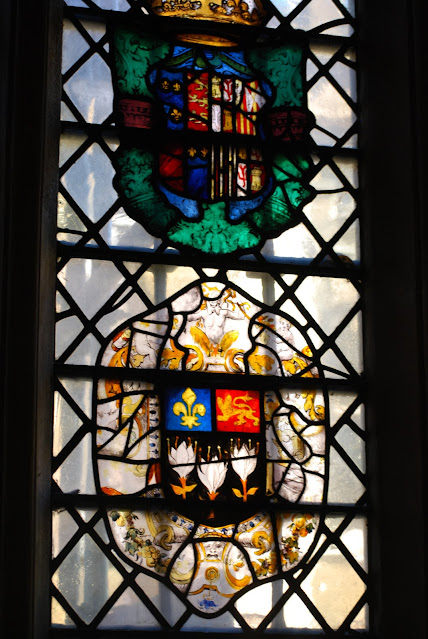 And off tucked away on a screen in the Chapel, where it somehow escaped the expunging of anything having to do with her following her trial and execution in 1536, we find the initials H and A laced together by a knot and surmounted by a crown.
H, of course, is for Henry, and A is for Anne Boleyn. 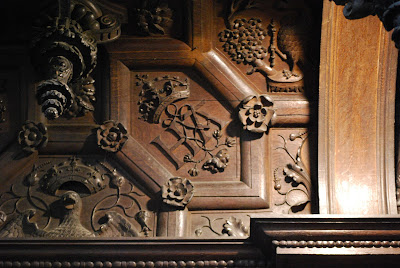 In the lower left is another of Henry VIII's badges, a falcon, and in the upper right is Queen Anne's, On the stock of a tree or sprouting vert with roses argent and roses gules, a falcon argent standing on its left foot and holding in its right a sceptre, the falcon crowned or.
You can't (or at least, I can't) make out in this photograph that the crown here is above rather than on the falcon's head.
Posted by David B. Appleton at 2:00 AM