King's College Chapel, Cambridge, is at its heart an English church. And as an English church, it has a fair bit of stained glass in it. Here is one of the more impressive examples. (You can click on the image below to get to a larger, more detailed photograph, and it is well worth the looking at.) 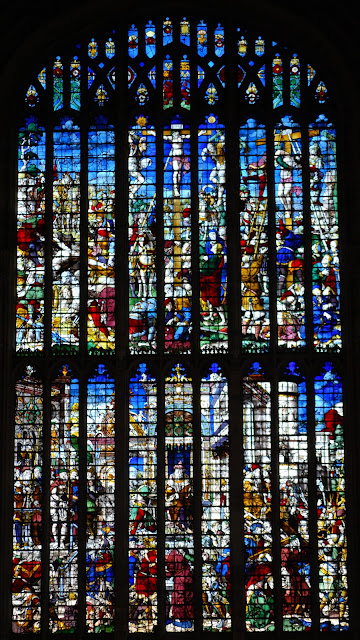 Of course, it is also in many respects a monument to the kings who erected it, most notably, King Henry VII and King Henry VIII. And as is to be expected, they have left their marks on it, in the carved coats of arms we have already looked at, and also in many of the stained glass windows.
Here are examples of such bearing the arms of those two kings found in the windows of King's College Chapel. You may also note a number of Royal badges in these same windows, as well as the arms of King's College and of Eton College; my intent is to cover these in a couple of later posts.
The Royal Arms in the upper left: 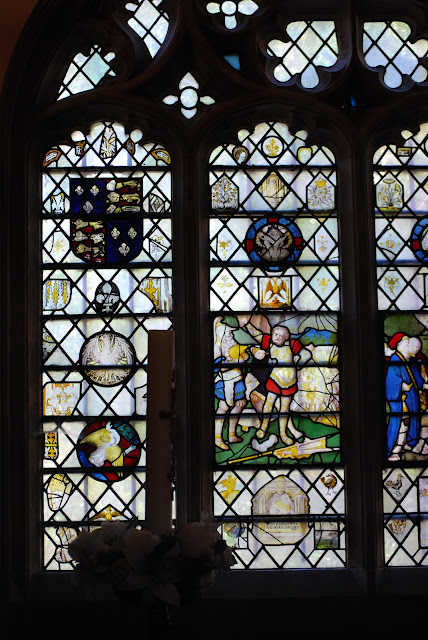 And here is a close-up of those same arms: 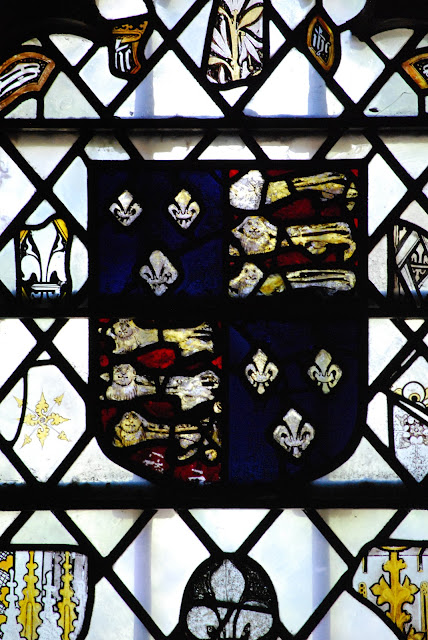 Two versions of the Royal Arms (Quarterly France modern and England) next to bottom row. This window appears to have been made up of bits and pieces of older windows which have been incorporated into this newer one. 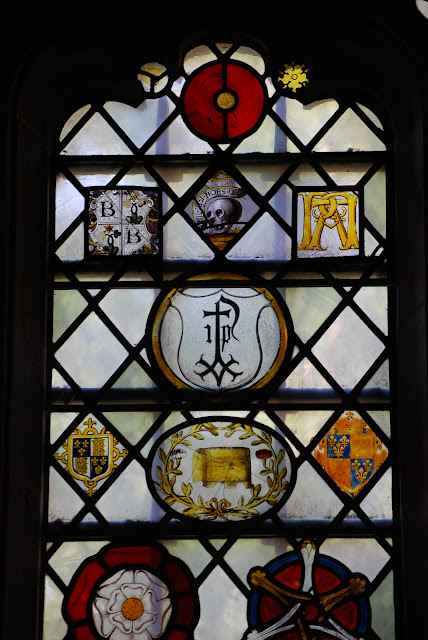 Here on the upper part of a window: 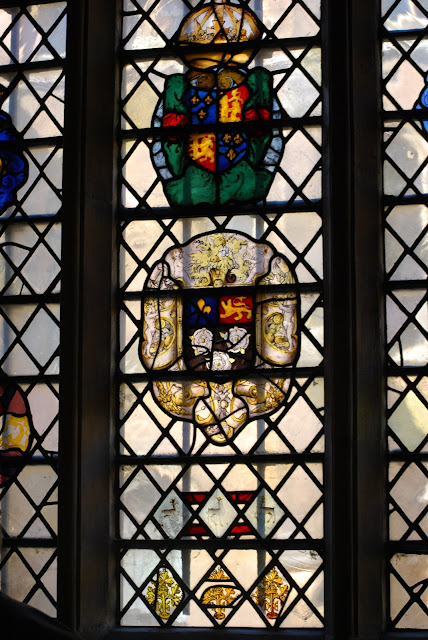 And again on the lower part of this window: 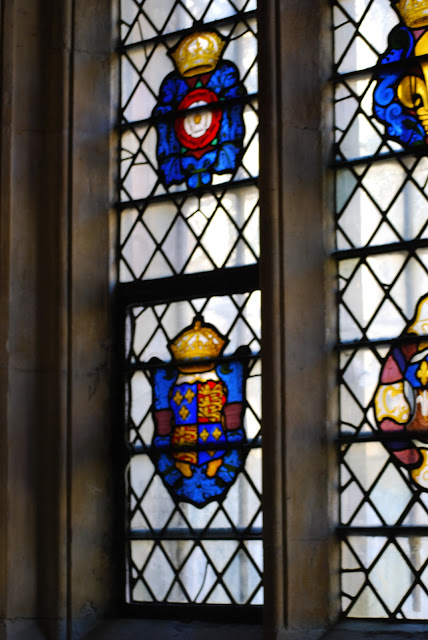 And in the center of this window, surrounded with the Garter and its motto: 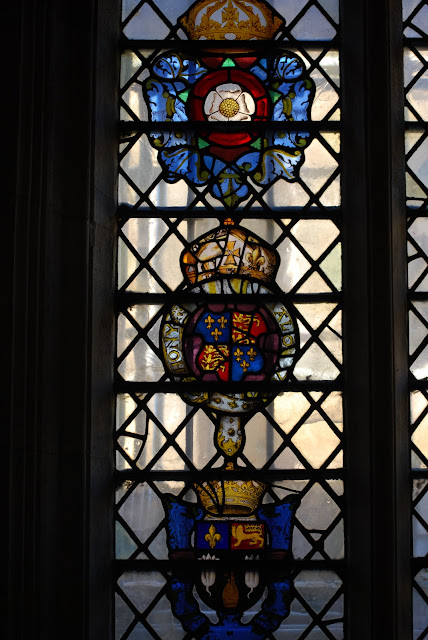 I think it ought to be obvious by now to whom the credit should go for raising and furnishing this magnificent building, as demonstrated by their Royal arms which can be seen throughout this Chapel. That is, of course, Kings Henry VII and Henry VIII.
I trust there will be no disagreement about this, right?
Posted by David B. Appleton at 2:00 AM