Sometimes Heraldry Is Just Outside Your Hotel Room Window


On our recent trip to Cambridge, England, we stayed at a hotel in central Cambridge. Looking out the window, as we always do if only to see what the view may be, was a building whose façade was undergoing some renovation, as witnessed by all of the scaffolding.
Here's the view from our window: 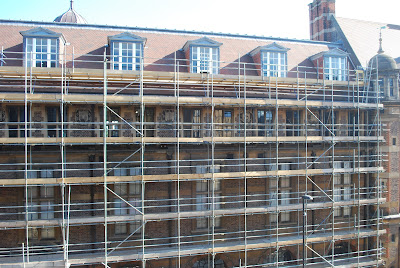 And this one was taken from the street level, looking back along the front of the building: 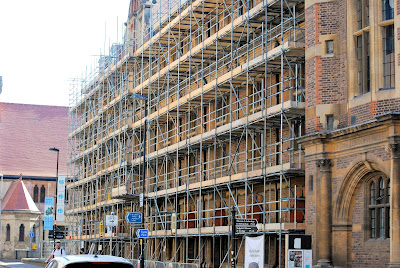 It turns out that this is the Sedgwick Museum of Earth Sciences in Cambridge.
And if you click on the first picture of the Sedgwick, above, to see a larger version, you might notice -- as I did at the time -- a row of shields between the windows of the top floor below the dormer windows. It turns out that these shields are of a number of the colleges of Cambridge University.
And going from right to left, here are close-ups of each of them (most at least partially obscured by the scaffolding). First, we have the arms of Jesus College: 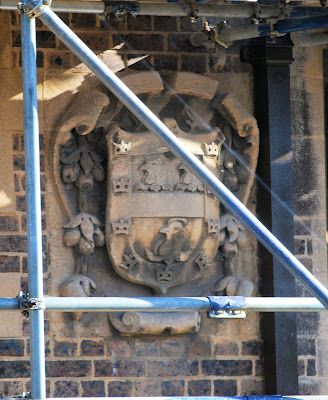 Next, the arms of St. Catherine's College: 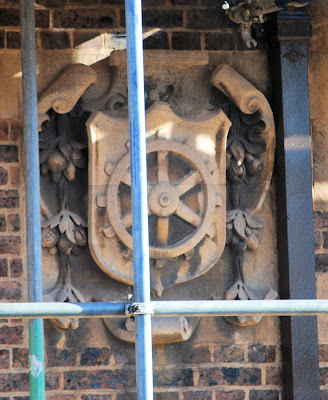 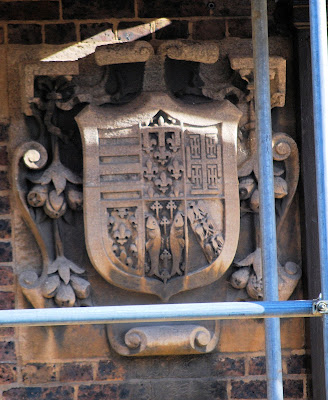 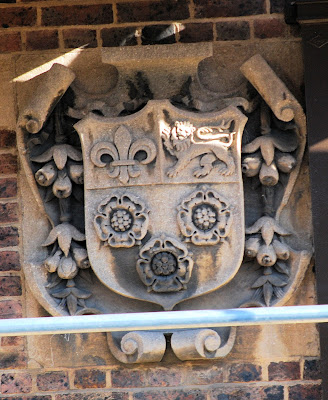 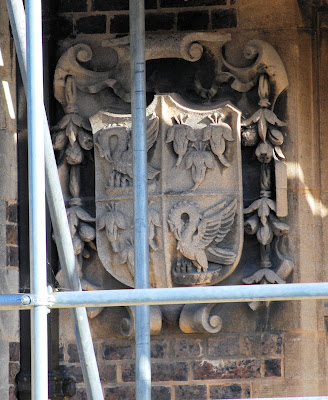 Gonville and Caius College. For those of you who are interested, Caius is pronounced "Kees": 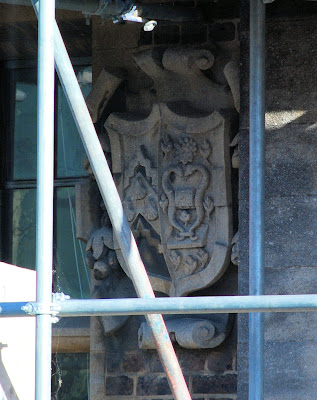 And, finally, the arms of Clare College: 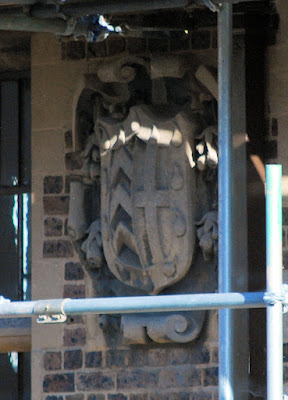 You will be seeing a lot more of these coats of arms, and a bunch of others, many in full color, as I continue our heraldic tour of Cambridge, so keep watching!
Finally, not quite heraldic, as it is something more like an impresa,* we have the main gate into the Sedgwick Museum: 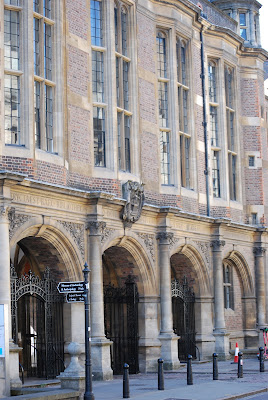 Directly over the central gate is this impresa: 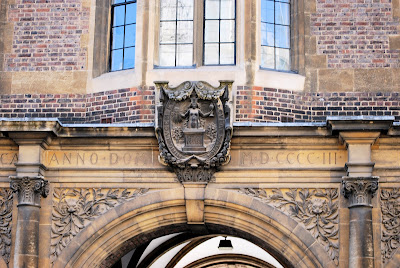 The altar in front of the crowned maiden with milk flowing from both breasts, who holds a sun in her right hand and a covered cup in her left, bears the words Alma Mater Cantabrigia (Cantabrigia being the Latin name of Cambridge). The surround bears the words Hinc lucem et pocula sacra (which Cambridge University says means "From hence we receive light and draughts of sacred learning", though my Latin-English dictionary gave me a much abbreviated form, "Hence the light and sacred cup". Both, I suppose, are reasonable translations. No doubt the trees on either side represent the Tree of Life and the Tree of Knowledge. 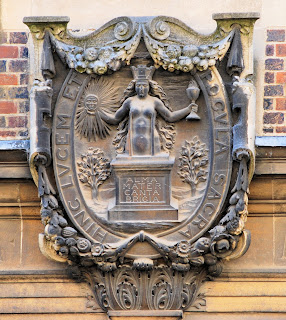 Like any good impresa, this one is jam-packed with symbolism and meaning.
Next time, we'll see some more college heraldry. Stay tuned!
* Impresa: a device with a motto used in the 16th and 17th centuries. They were very popular in Italy, and you can even find a book on-line at Google Books about them published in 1555, and again in 1574 with illustrations, the Dialogo dell'imprese militari et amorose, by Paolo Giovio.