After the arms of the City of Cambridge, there are, of course, the arms of the University of Cambridge (Gules on a cross ermine between four lions passant guardant or a closed book fesswise gules clasped and garnished or, the clasps downward, granted in 1573).
If you turn around when leaving the train station, it is one of the first coats of arms you will see in the City. 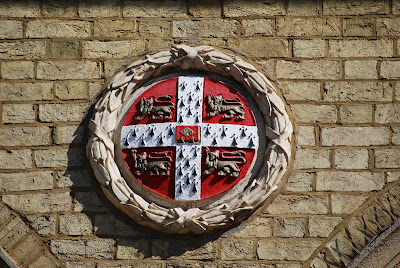 And, naturally enough, given that Cambridge truly is a "college town", you will find the arms of the University all over the place in a number of different media.
For example, on a gate at one of the (many!) schools there: 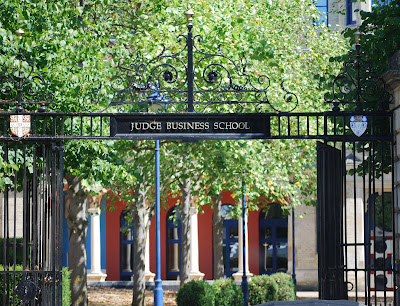 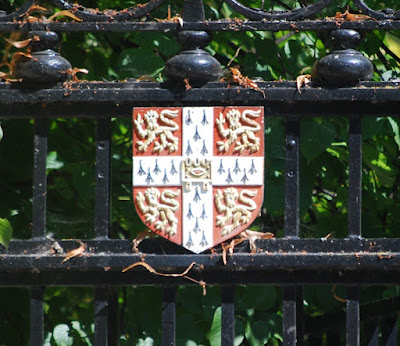 Over a doorway at one of the University's constituent colleges: 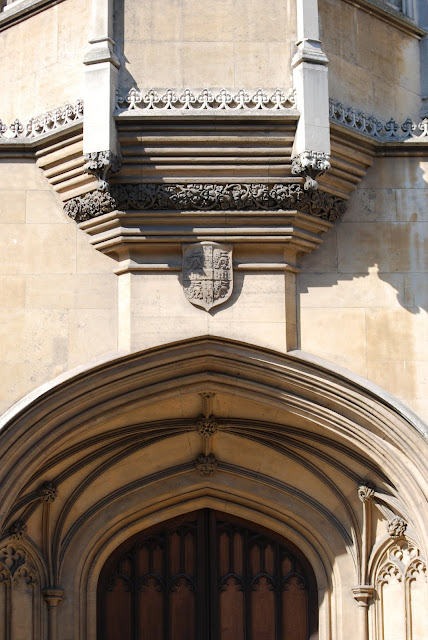 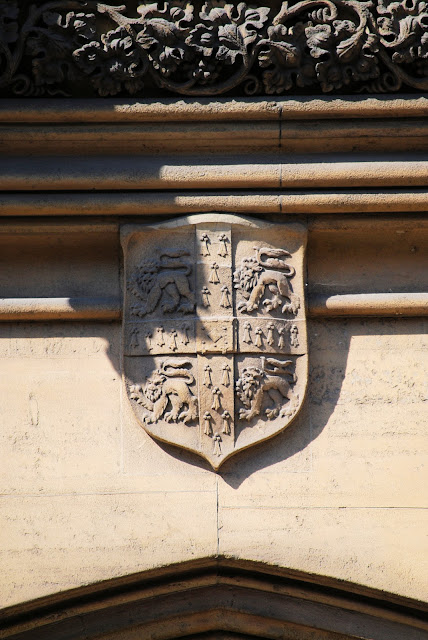 At the University Press Bookshop: 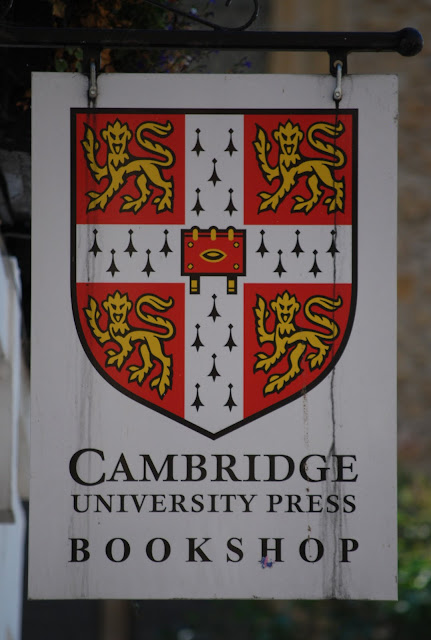 On a banner inside the Cambridge Union: In stained glass in a window in the same Union: 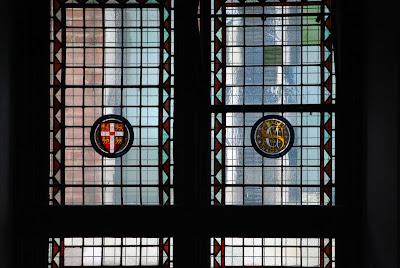 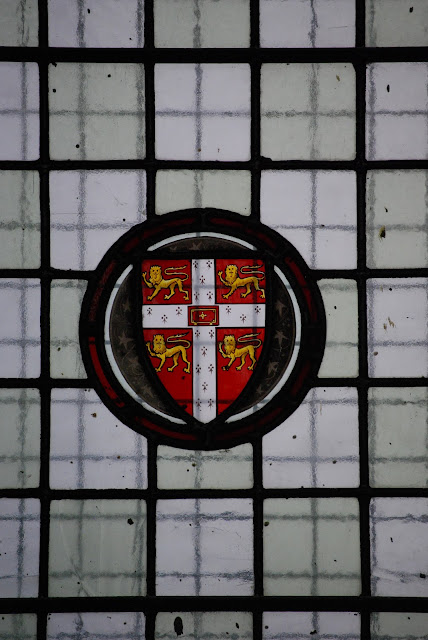 And, of course, carved in stone: 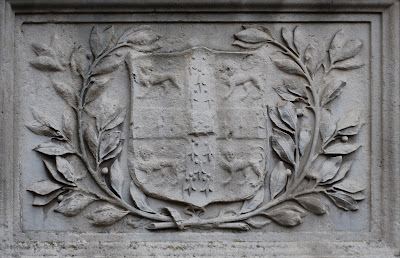