Over on the other side of the church from Frederik V's Chapel, almost directly across from it, we come to King Christian IV's Chapel.
This chapel has five burials in it, four of which are armorial.

First, we have the sarcophagus of Christian, Prince Elect (d. 1647). He was the heir apparent of his father, King Christian IV, but predeceased his father by a year, and so never became King. 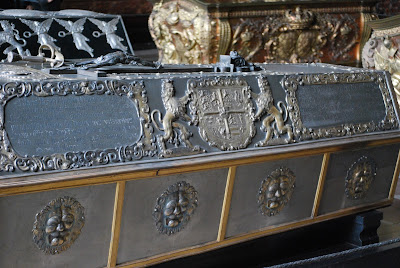 On the upper side of the coffin are the Royal Arms of Denmark as used by his father. 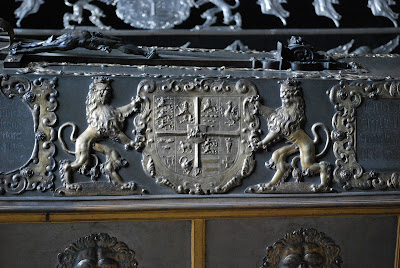 Next to Prince Christian, we find the coffin of King Christian IV (d. 1648): 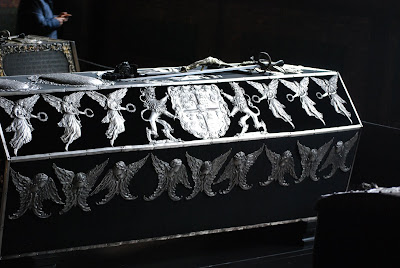 Here, also on the upper side, the Royal Arms, done in a very similar (indeed, nearly identical) style to those of his son, Prince Christian. 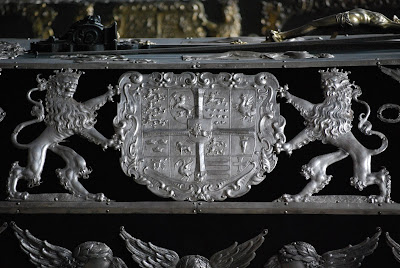 In the final two burials in this Chapel, we return once again to the Baroque excesses of the 17th Century.
First, the coffin of King Frederik III (d. 1670): 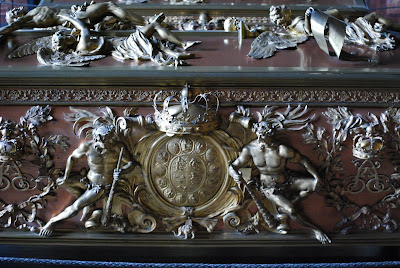 With a closer view of the Royal Arms of Frederik III, surrounded by the arms of Danish territories (rather like we saw done with the arms of King Christian IV in Frederiksborg Castle): 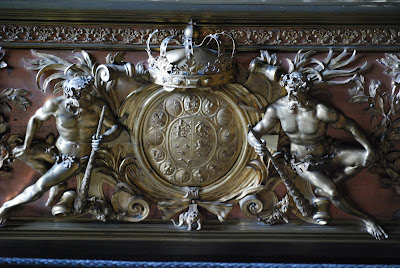 And next to him, in a similarly-extravagant coffin, his wife, Queen Sophie Amalie of Brunswick-Calenberg (d. 1685): 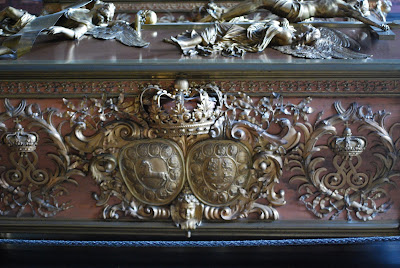 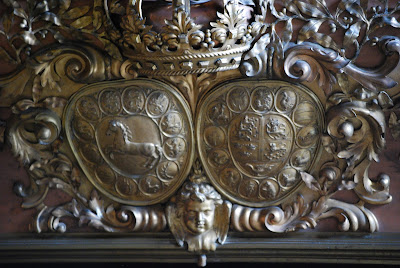 All in all, this Chapel is an amazing display of Royal heraldry!
Posted by David B. Appleton at 2:00 AM