Moving on in Roskilde Cathedral, we come to Frederik V's Chapel.

Not all of the sarcophagi in this Chapel have coats of arms on them. For example, those of Frederick V (d. 1766) and his two Queens, Louise of Great Britain (d. 1751) and Juliana Maria of Brunswick-Wolfenbüttel (d. 1796), all of whom are buried in this Chapel. (This is not to imply that their burials are of no interest, but this is, after all, a blog about heraldry, and so of less interest than they would be if garnished with coats of arms. Just sayin'.)
One of the standout, in terms of simply being eye-catching, burials in this Chapel, at least heraldically, is that of King Christian VI's queen, Queen Sophie Magdalene of Brandenburg-Kulmbach (d. 1770). 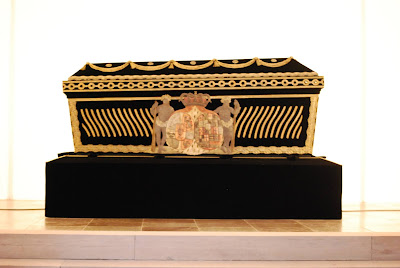 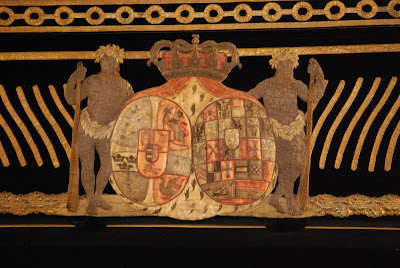 Something that you may notice about the remaining armorial burials in Frederik V's Chapel are the Egyptian motifs on their caskets.

First we have the sarcophagus of King Christian VII (d. 1808): 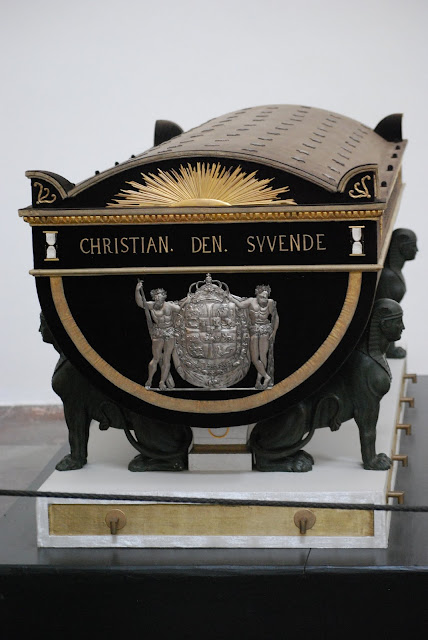 Notice the sphinxes on each side acting as supports for the sarcophagus.
And then, of course, the Royal Arms of Denmark on the foot, under his name. 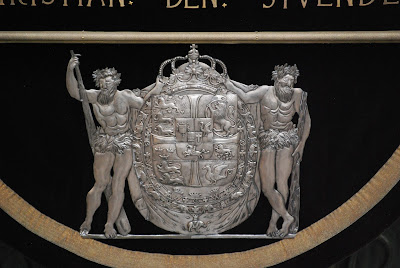 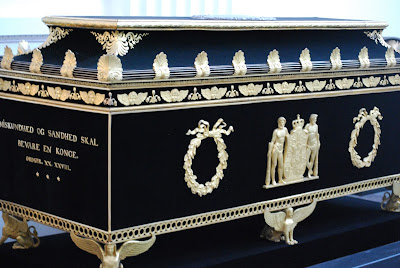 Here, the supporting "legs" are winged sphinxes.
And the Royal Arms done in gold, above one of the sphinxes: 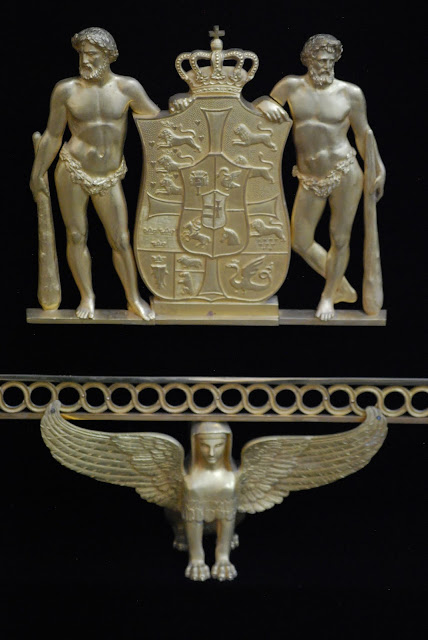 And matching his casket, we have his wife, Queen Marie Sophie Frederikke of Hesse-Kassel (d. 1852): 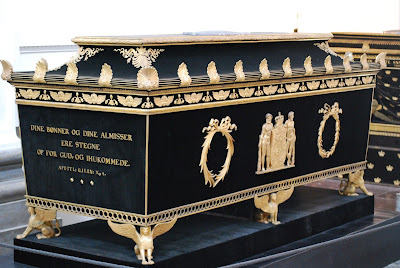 As you can see, here, instead of her paternal arms, they simply repeat the Royal Arms used by King Frederick VI. 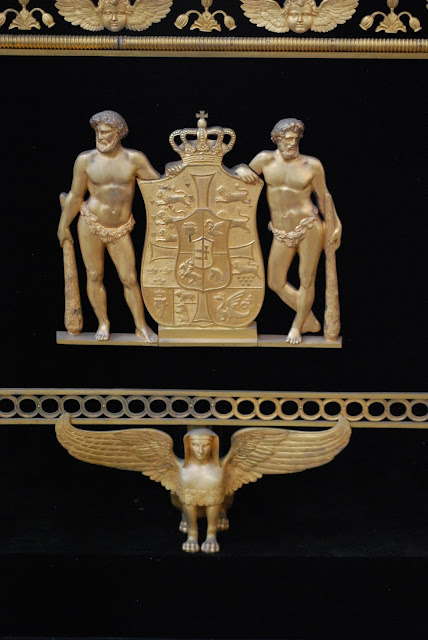