It's always interesting to me to see the various logos of different football (what we Americans call "soccer"*) teams.

Some of them can be quite heraldic; others, less so. And a few, I think, are heraldic only by happenstance.
A homegrown example of the last is the logo of the Baltimore (Maryland) Blast: 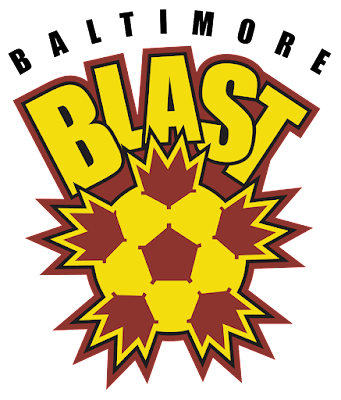 I've been playing with heraldry for far too long, apparently, because when I see this logo, I want to blazon it as a soccer ball incensed. (Per Parker's A Glossary of Terms Used in Heraldry, "Incensed, (fr. animé: said of panthers and other wild beasts borne with fire issuing from their mouths and eyes.") But really, doesn't incensed seem to describe it?
Anyway, as we continued our walk from the train station in Helsingør, Denmark, towards Kronberg Castle, we passed this delivery van whose owner is clearly a supporter of the local football team: 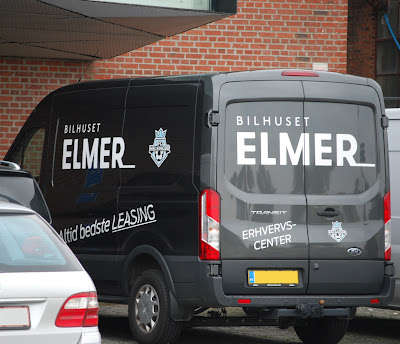 Here's a close-up of the team's logo: 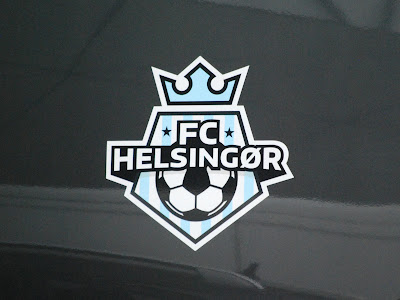 This logo for FC Helsingør is one that I would classify as quasi-heraldic, as it mimics some of the traits of an heraldic achievement: a (here, pentagon-shaped) shield, topped by a crown, charged with a football between in chief two mullets. On the downside:  the field would be blazoned Argent six pallets bleu celeste, an extremely unusual and low-contrast combination; the crown is also bleu celeste, a non-standard heraldic tincture; and the name of the team extends beyond the boundaries of the (non-standard shape) shield.
So, it's got some heraldic elements to it, but they are combined with some non-standard or non-heraldic elements, making it not-quite-heraldry.
Still, I always enjoy finding football club logos when I travel, heraldic or not, and I watch for them even while I am keeping my eyes out looking for heraldry!
* Some people have, I think rightly, noted that American "football" is misnamed, for the reasons below: 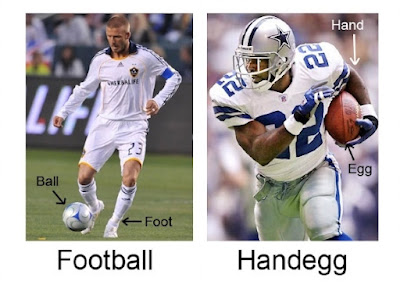