Some 17th Century Heraldry of the Order of the Dannebrog


Continuing our look at some of the older armorial plaques of members of the Order of the Dannebrog in Frederiksborg Castle, here are some of the members who were inducted into the Order in the late 17th Century

Johann Frederick von Levetzow (inducted in 1683), Argent a [I do not know what this artifact is] gules; Otto Rantzau, third lensgreve (count) of Rosenvold (1632-1719, inducted in 1674), Quarterly: 1 and 4, Gules two lion’s jambes in saltire or; 2 and 3, Or three torteaux one and two; overall an inescutcheon crowned with the coronet of a count, Per pale gules and argent. 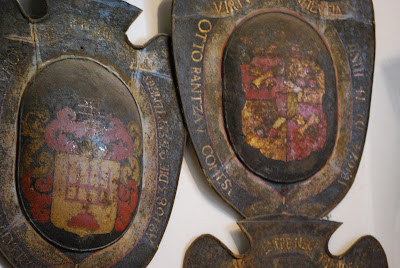 Johann von Lewenhielm (1682), Per pale: Azure issuant from the sea on a rock proper a tower, a chief and a base argent; Gules a lion rampant crowned or. 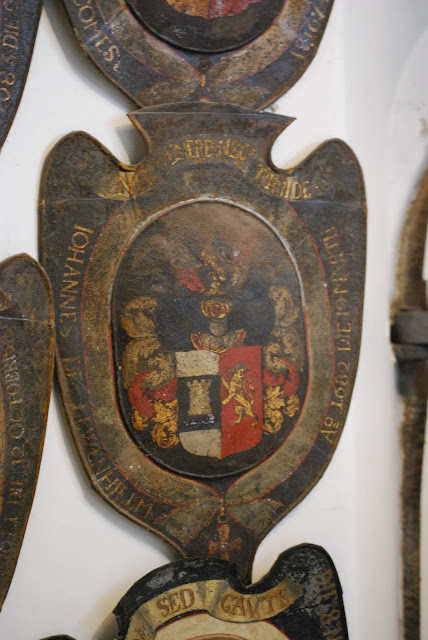 Matthias Moth (died 1699, inducted in 1693), a Danish stateman whose biggest claim to fame that I can find seems to have been that he was the brother of Sophie Amalie Moth, mistress of King Christian V, Quarterly: 1 and 4, Argent three hearts gules; 2 and 3, Or three bars gules; overall an inescutcheon Azure in pale a crescent moon pendent argent and mullet of five points inverted [or, reversed] or. 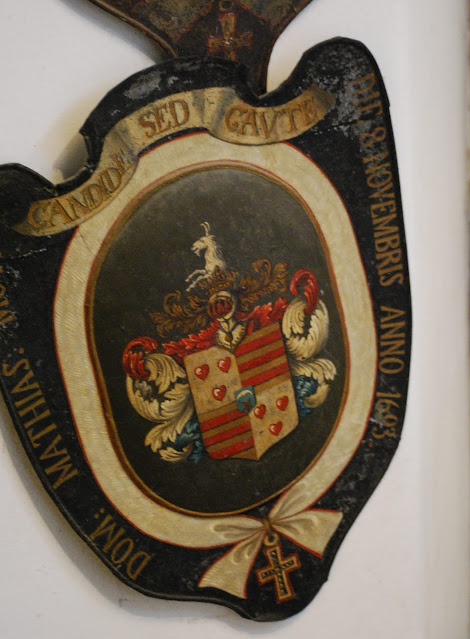 Conrad Bierman von Ehrenschild (1629-1698, inducted in 1684), Quarterly: 1 and 4, Azure three wheat stalks or; 2 and 3, Or a duck sable beaked and legged gules swimming on a base of water proper; overall an inescutcheon Gules a rose argent. 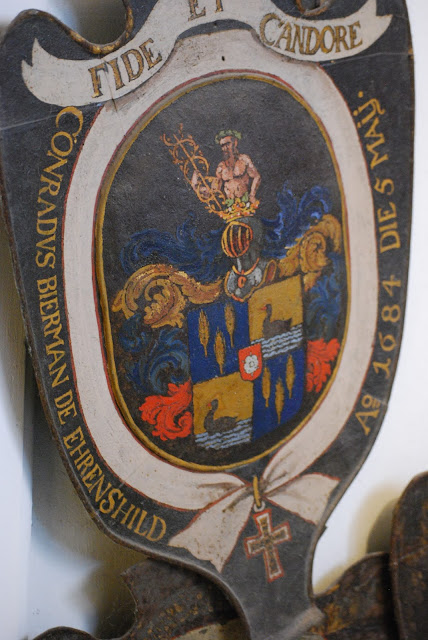 Next time, no more of this "old" stuff! We'll look at the plaques of some late 20th Century members of the Order of the Dannebrog.
Posted by David B. Appleton at 2:00 AM