More Heraldry from the 1950s


Not all of the members who received the Order of the Dannebrog were Danish. In this window alcove, three of the eight shields are for inductees from the Kingdom of Thailand.

Here's an overview of this side of the alcove, following which we'll take a detailed look at the individual plaques. 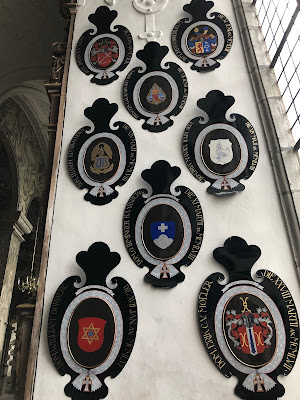 As always, the blazons offered here are my own.
Starting at the upper left, and then moving left to right and then down, we have the arms (or in some instances, the pseudo-heraldry) of: 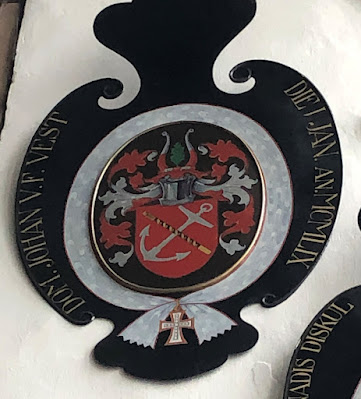 Johan Otto Söderhjelm (1898-1985, inducted in 1958), Finnish lawyer, RKP politician and multiple minister: Per pale: Or a griffin segreant gules, and Azure a pentagonal bastion between in pale two mullets argent. 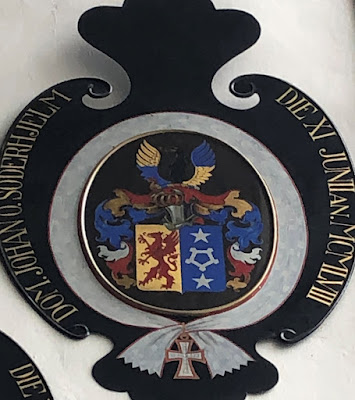 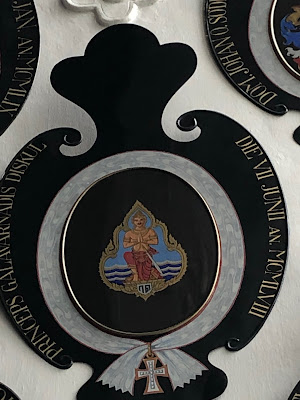 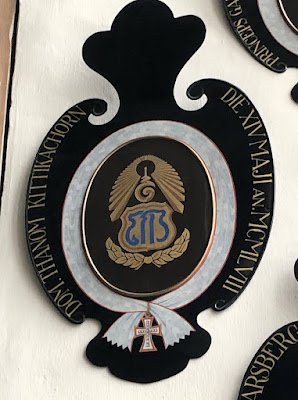 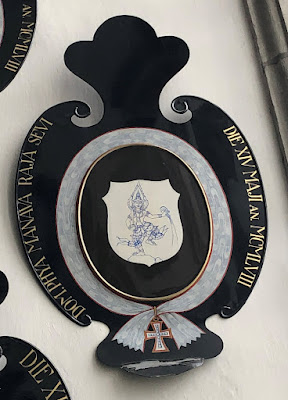 Otto Irminger Kaarsberg (1894-1979, inducted in 1958), President of the Supreme Court: Azure a cross couped and a trimount issuant from base argent. An outstanding example of simple heraldry! 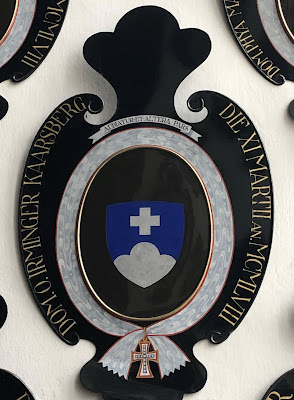 William Borberg (1885-1958, inducted in 1956), diplomat and Ambassador to the United Nations: Gules within a star of David or on a hurt [a roundel azure] a cross arrondy and a bordure or. 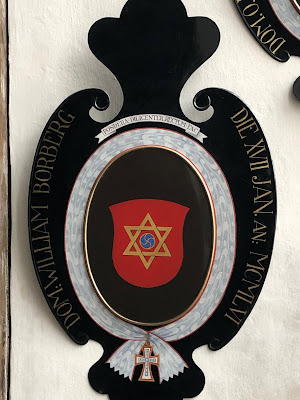 Erik Christopher Voldemar Møller (1896-1972, inducted in 1957), Chief of the Army: Gules on a pale argent between two millrinds or a cannon barrel azure. 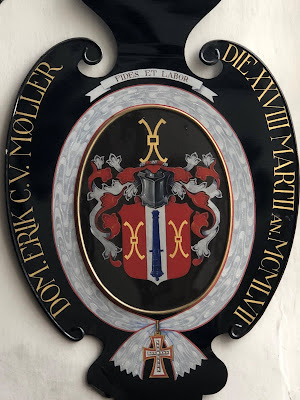