Continuing our review of the heraldry of some of the members of the Order of the Dannebrog, all to be found in Frederiksborg Castle, we find these painted plaques, over a span of some sixty years.
As always, please click on an image to see a larger, more detailed photograph of these plaques and arms. And, as ever, the blazons are my own, and may not match exactly with any official blazons.

Eigil Hilmar Wolff (1914-1983, inducted into the Order in 1976), a Danish military officer and Chief of NATO Defense College in Rome 1973-75, Azure a demi-wolf argent; Erling E. Kristiansen (inducted in 1977), Danish Ministry of Labor official, Per fess: Argent a swallow sable legged or the top of its head gules; Azure a scroll bendwise argent sealed gules between a tierce gules charged with a cross throughout argent and a sinister tierce gules charged with a pale argent; and Theodor Frederik Gjerulff (inducted in 1976), Per bend argent a gules a bend or between a lattice vert and a wolf courant argent, both bendwise. 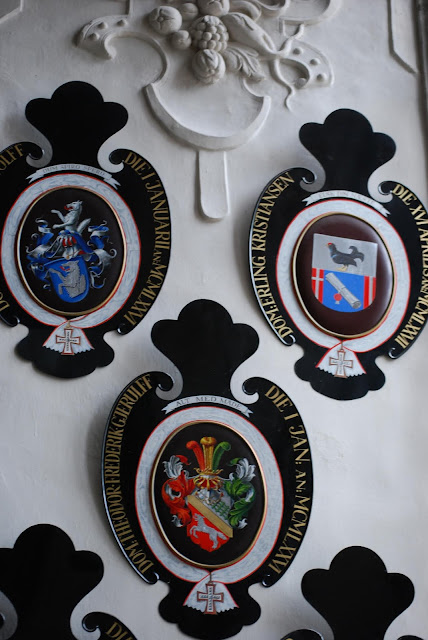 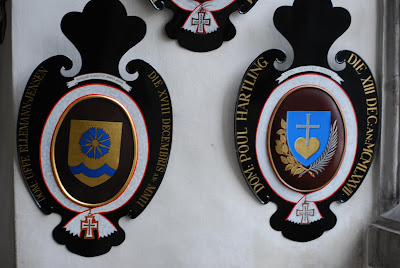 Mom Luang Dej Snidvongs (1898-1975, inducted in 1958), Minister of Economic Affairs of Thailand, Governor of the Bank of Thailand, and President of the (Thai) Privy Council, A non-heraldic design, though based on a fleur-de-lis; Armas Yöntilä (1892-1979, inducted in 1958), Finnish diplomat, Azure three aspen [birch?] leaves in pall stems to center argent; and Jacques Hermann (inducted in 2001), Azure an oak leaf argent. 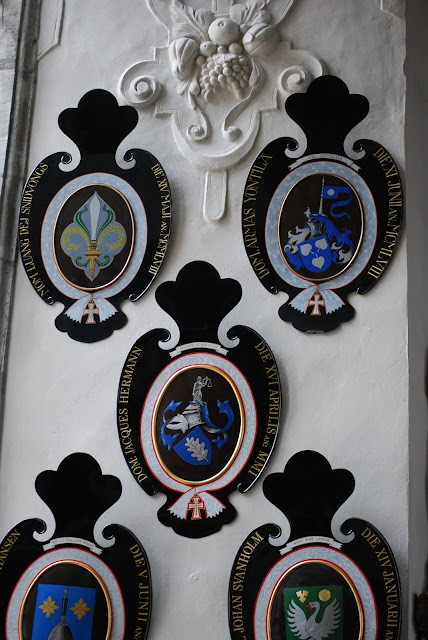 Christian Hvidt (born 1942, inducted in 2001), Danish Chief of Defense 1996-2002, Gules a Latin cross paty argent on a chief azure fimbriated three barrulets argent; and Ove Ullerup (inducted in 2012), Ambassador and Ministry of Foreign Affairs, Per chevron ployé or and gules two lion’s heads azure langued gules and a globe between two branches of laurel conjoined in base argent. 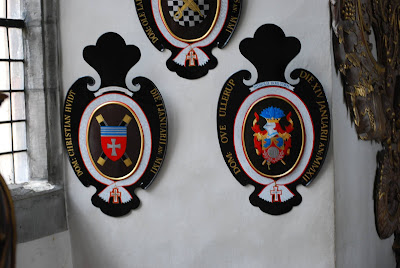 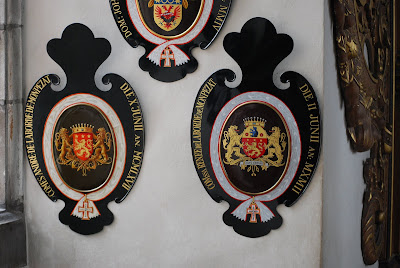