Continuing our review of the armorial plaques of members of the Order of the Dannebrog in Frederiksborg Castle, today we're going to look at some (on one side of one of the alcoves) who were inducted into the Order in the 1980s.
Again, the blazons are my own.

Beginning at the top, going from left to right, and working our way down, we have the armorial plaques of:
Mogens Erik Wahl (1918-1986, inducted in 1983), cabinet secretary and national ombudsman in the Faroe Islands: Argent a whale haurient embowed sable;
Peter Marlenson Christensen (inducted in 1982), Per fess indented of two points azure and or each point tipped with an oak leaf counterchanged; and
Knud Jørgensen (1919-1990, inducted in 1983), General and Chief of Defense, Azure a winged hand argent maintaining a baton gules tipped argent. 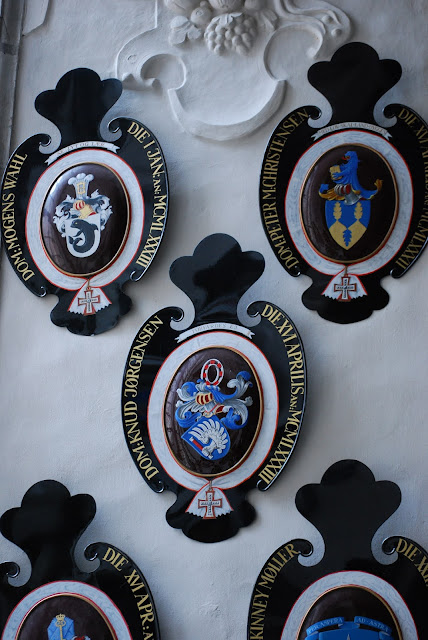 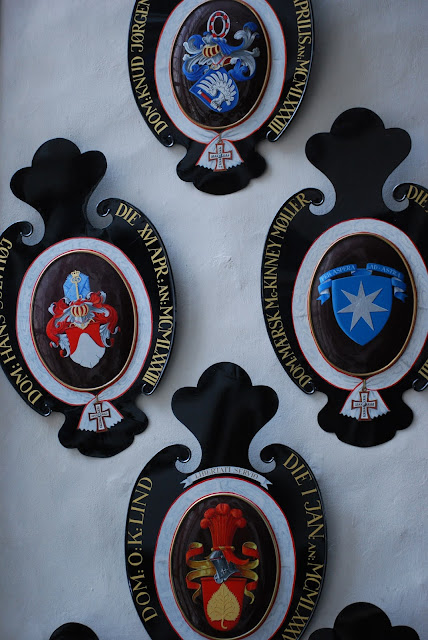 And finally, we have:
Otto K. Lind again;
Paul Henning Fischer (inducted in 1988), Ambassador, Azure mullety argent a globe or; and
Sven Egil Thiede (1924-2005, inducted in 1988), Admiral, who succeeded General Lind as Chief of Defense, Quarterly per fess wavy of two troughs azure and argent. 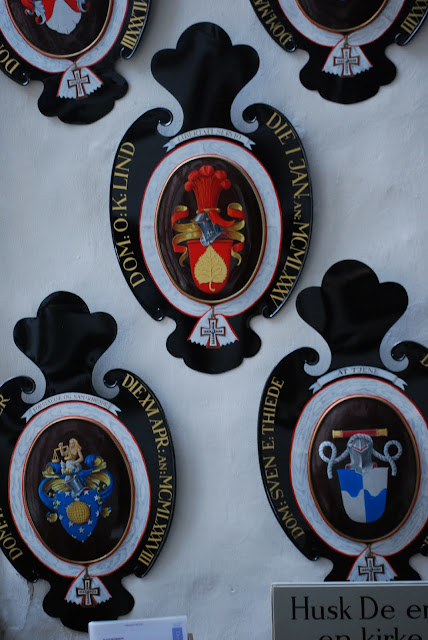