Well, okay, some heraldic memorials to members of the Master/Masters family, all found in the parish church of St. Paul's Without the Walls, Canterbury. 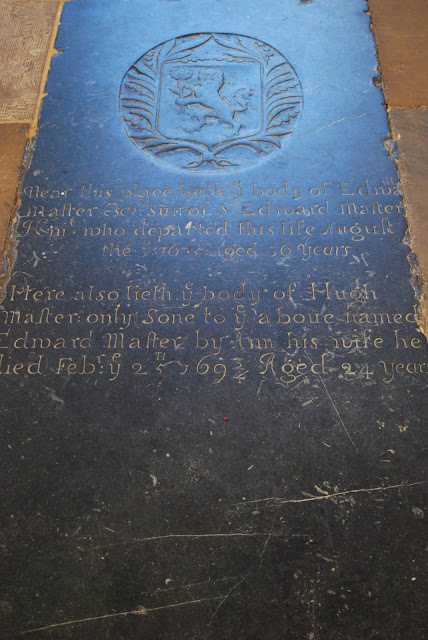 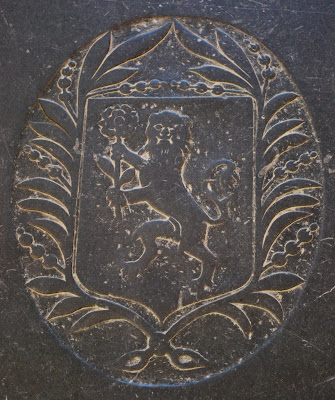 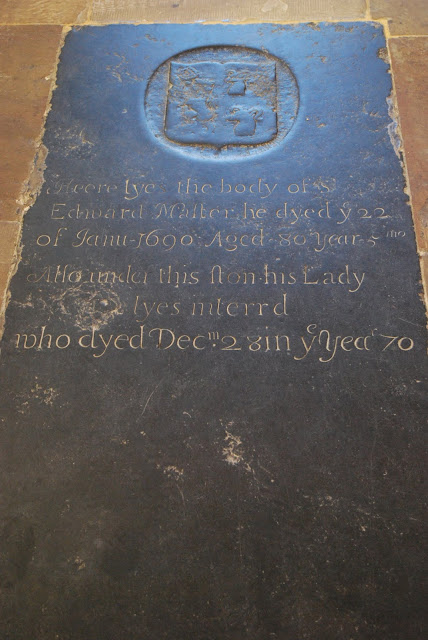 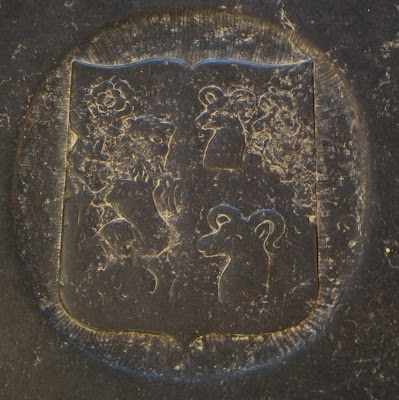 No name, given or surname, is given for his wife. Papworth's Ordinary of British Armorials gives us several possible bearers of "three goat's heads couped": Ramsey, Scott, Gaytzforth, and Bloore; and several more for "three ram's heads couped": Rammas, Rammes, Ram, Ramsay, Ramsey, Nason, Hammersley, Hamersley, Levall, Whistew, and Aries. Without knowing the tinctures, it is difficult to know which of them (if any) is the correct one, although Ram or Ramsey, Azure three ram's heads couped argent attired or, comes from county Kent, and may, because of that, be the most likely. 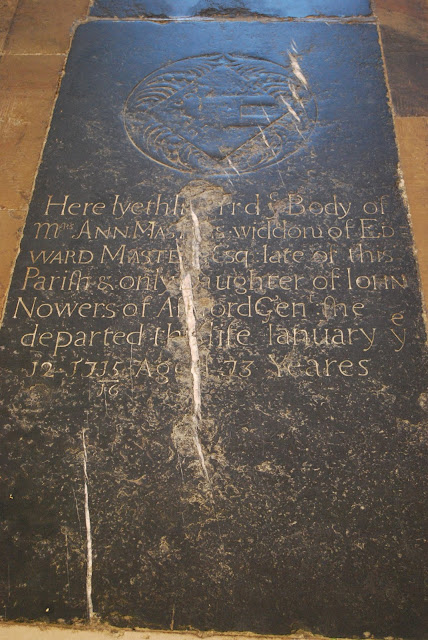 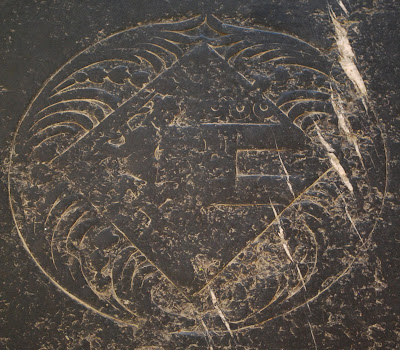 There appears to be an inescutcheon of pretense on the shield, but it is so worn that I cannot make out the charges upon it.

Taken all in all, a "Master-ful" display of memorial heraldry!