The Daniell Family of Canterbury, England

One such church is St. Paul's Without the Walls in Canterbury. My 11th great-grandfather, James Chilton, had four of his ten children baptized at St. Paul's, which is located just across the road which rings the walls of the old city of Canterbury.

On a side note, I was greatly moved to walk by St. Paul's on a Sunday morning, to hear organ music issuing from within. I looked in the door, and the congregation was preparing for Sunday services there. I didn't go in at that time, not wishing to disturb the service which was about to begin. But how can you not be moved to see with your own eyes that a church which some of your ancestors attended is still being used for that same purpose more than four and a quarter centuries later?

I went back a few days later to find the church open (but not holding services at that moment) and went in to look around again. (I had been able to visit St. Paul's several years ago on what I have come to call "Chasing Chiltons Tuesday", where we visited the three parish churches, two in Canterbury and one in Sandwich, that the Chiltons had attended.)

Like so many European churches, there were memorials to parish members who have passed away, and even groups of memorials to different members of the same family.

One such grouping in St. Paul's were memorials to members of the Daniell family. 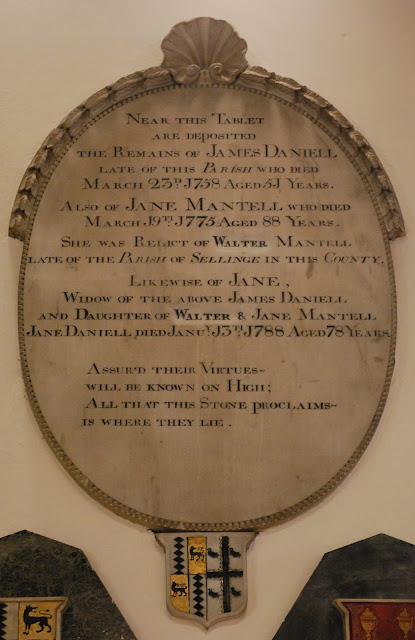 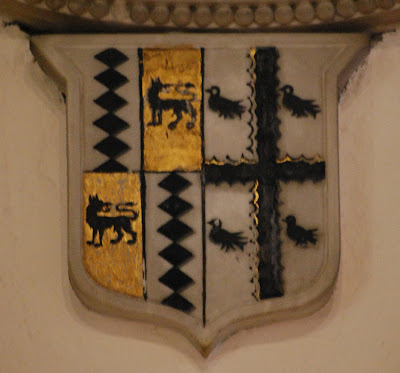 James Daniell, Esqr., son of the above. 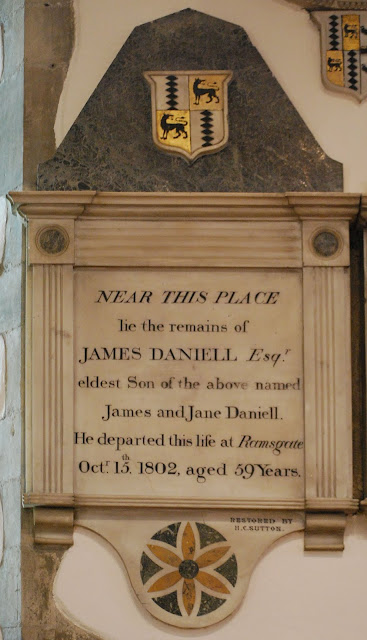 Quarterly: 1 and 4, Argent a pale fusilly sable; 2 and 3, Or a wolf statant reguardant sable. 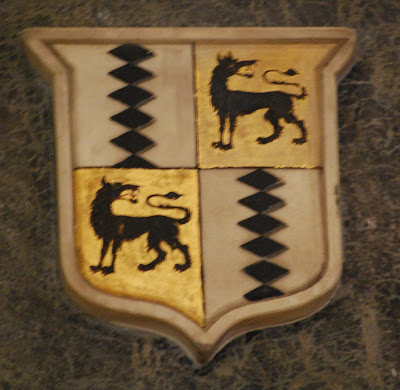 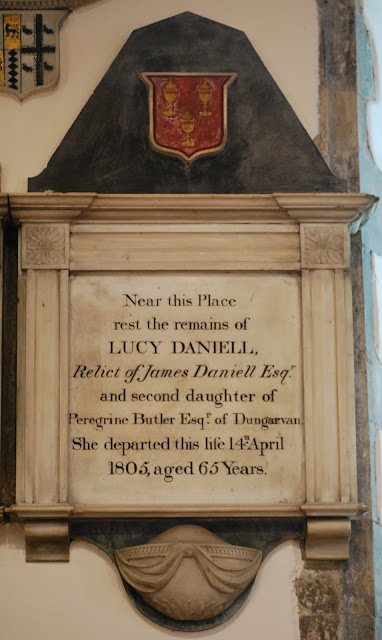 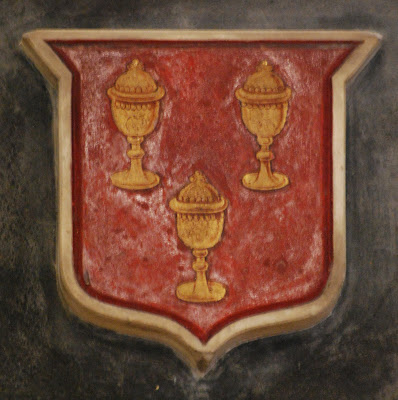 James Legeyt and Sarah Cecilia (Whiteman) Daniell (both of whom are buried at Theydon Garnon, Essex), but who are memorialized here presumably because of his relation to the other Daniells here in Canterbury). 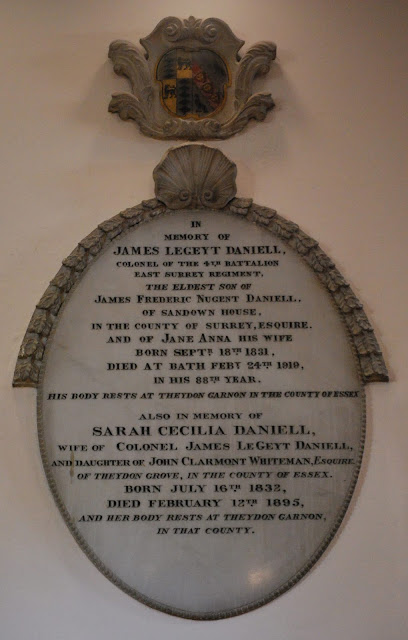 Quarterly: 1 and 4, Argent a pale indented sable; 2 and 3, Or a wolf statant reguardant sable (Daniell), impaling Argent on a bend engrailed gules between three Cornish choughs two and one proper three leopard’s faces or (Whiteman/Wightman). (These Whiteman [or Whitman] arms do not appear in Burke’s General Armory. Wightman is cited with these arms in Burke.) 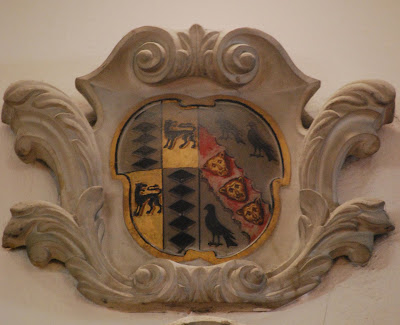 I note the difference of the fields in the second and third quarters as shown here (or) and as cited in Burke (argent) without passing judgment on which is the "correct" tincture.

None of these memorials date to the time in the late 1500s when my 11th great-grandparents and some of their children were here, but they are a wonderful remembrance of a family who also attended at St. Paul's Without the Walls, Canterbury.