Opposition to Calls to Change the Coat of Arms of Canberra, Australlia


In an article today (May 22, 2019, although at the time I write this, it's already tomorrow there) in The Canberra Times, there's some pushback to the pressure being applied to change the arms of the city of Canberra, Australia. 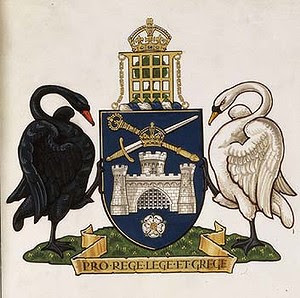 Proponents pushing for the change call the current coat of arms "problematic" in that they believe the symbols are relics of foreign (British) colonization and do not represent the modern city.

But as the article notes, not everyone agrees, some calling the push to change the arms an "ideological attack".


According to Matthew Sait, Australian Monarchist League ACT chairman, "It's not the job of a coat of arms to encapsulate our perceived self-identity or the vague aspirations of the majority or something that came up in the latest opinion poll on a contentious issue."

You can read the whole article, entitled "Call to change coat of arms 'ideological attack': monarchists", on-line at https://www.canberratimes.com.au/story/6140934/monarchists-explain-why-theres-nothing-wrong-with-our-coat-of-arms/?fbclid=IwAR0CIoku6OezD1SYX-cprWev4zz4FEZxqucIncoEwkLI_juXrMPEKzNXuGE