This post and the following two are going to cover armorial memorials in St. Martin's Church, Canterbury, which share some heraldic elements. 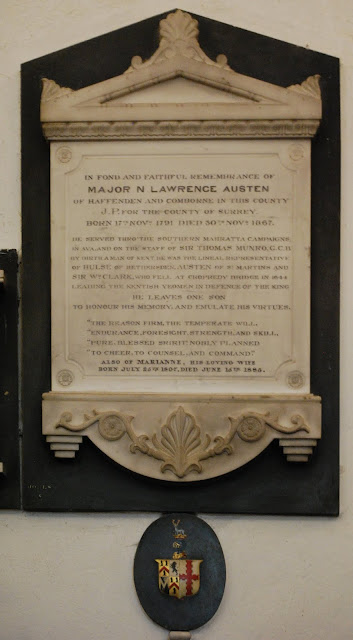 The important parts of his military career are outlined on the plaque on the monument. 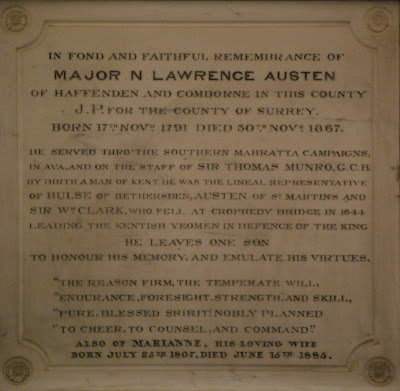 Marianne, his wife, who died in 1885, does not have her maiden name given on the plaque, but she was probably a Lawrence. 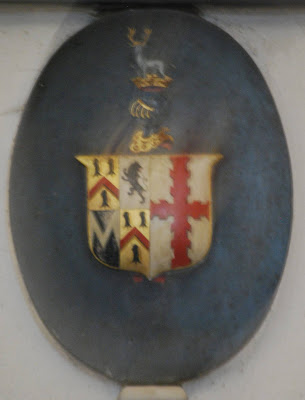 The arms shown on the memorial are: Quarterly: 1 and 4, Or a chevron gules between three lion’s jambes erased sable (Austen); 2, Argent a lion rampant reguardant sable (probably Jenkin, of Folkestone, co. Kent); 3, Argent a pile between two piles issuant from base sable (Hulles/Huls/Howes, which we will see again in Part 3 of this three-part posting); impaling, Argent a cross raguly gules (probably Lawrence).

Crest: Issuant from a mural coronet or a stag at gaze argent attired or.

And then we have the memorial to Maj. Austen's son, Nathaniel Lawrence Austen (1847-1874), killed by a fall from his horse: 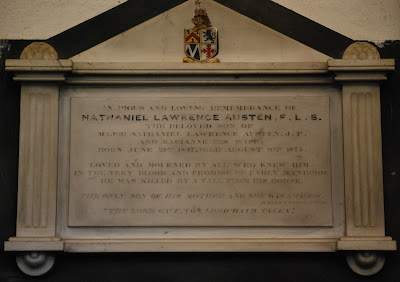 The arms on the memorial are those of his father, with his mother's arms in the fourth quarter: 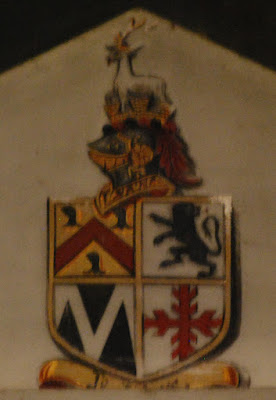 Next time, the Austen coat of arms on another memorial.