A Little Heraldic Something for the Courtyard


Passing through the gate with the four Royal coats of arms, we pass into the interior of Linlithgow Palace, and find ourselves in the courtyard with a very elaborate fountain. The fountain was built in 1537-38 by King James V and "symbolized [his] power and sophistication" (according to the explanatory sign discussing it). 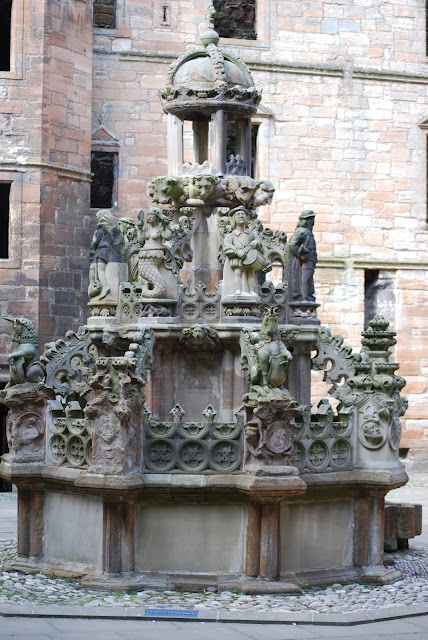 A lot of restoration work has been done on the fountain, most recently from 2000 to 2005. At that time, only three of the figures around it were original; you can tell the differences between the older remaining figures and the newly-restored ones in the next photograph. The original fountain and its allegorical figures (e.g., the mermaid symbolized eloquence, the drummer, music, etc.) would have been brightly painted. 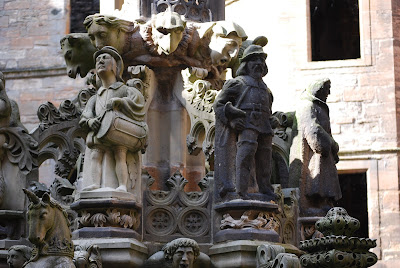 But, of course, it was what was the heraldry on the fountain that really attracted my eye.

It's not carved into the shields now, but the explanatory sign with a drawing of what the fountain probably looked like when it was new has two unicorns gorged with a crown and chained (supporters found in the Royal Arms of Scotland, and now one of the two supporters in the arms of the United Kingdom) holding a shield with the arms of St. Andrew, Azure a saltire argent. 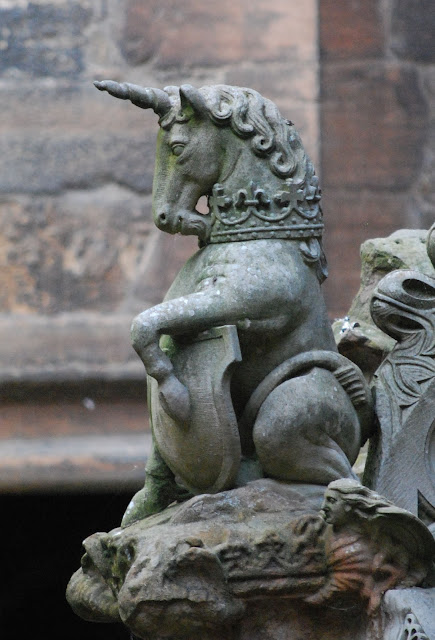 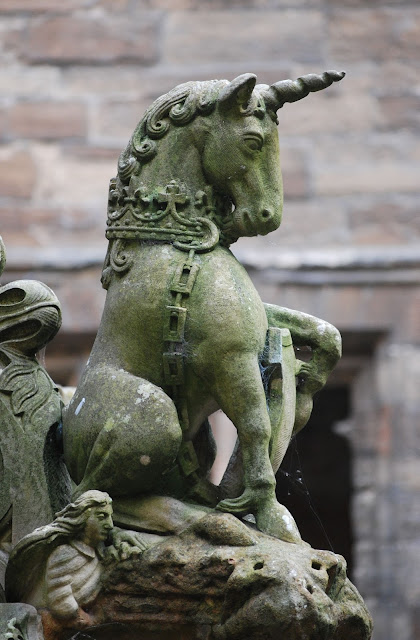 There is also a lion holding the Royal Arms of Scotland, Or a lion rampant within a double tressure flory counter-flory gules, with the shield being crowned with an imperial crown matching the one atop the entire fountain. 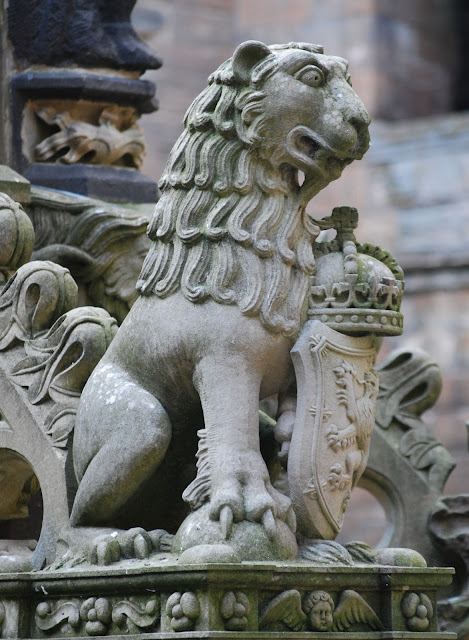 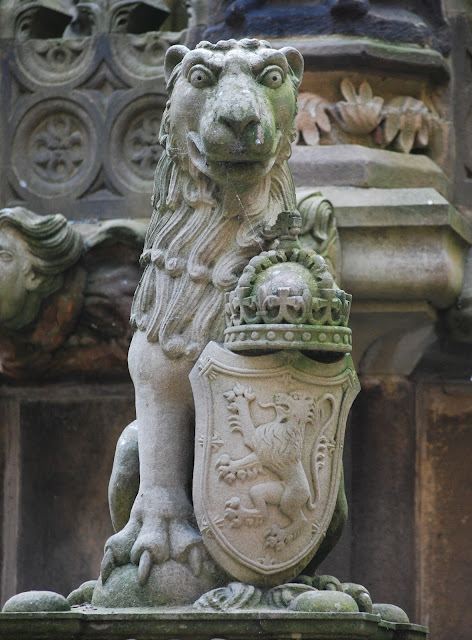 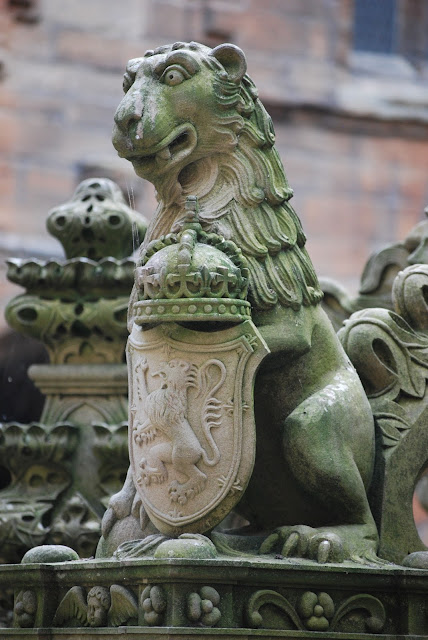 All in all, and even in its heavily restored and unpainted condition, this fountain is an impressive display of might and majesty. And heraldry.