In addition to the explanatory signs at Rothesay Castle with their display of heraldry, there were also a couple of Royal coats of arms which had been incorporated into the fabric of the building itself.

The older of the two is a very weather-worn carving of the Royal Arms of Scotland. 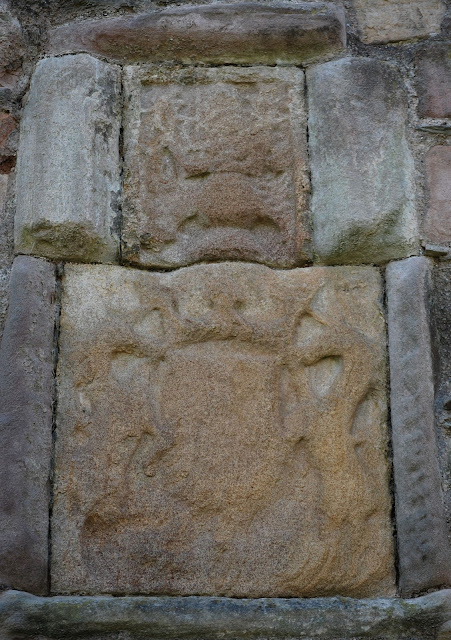 Indeed, it is so very weather-worn that it is very difficult to make out most of the elements. The real clues to its identification are the unicorn supporters on each side of the shield and the crown above it.

The other Royal heraldry was a lot easier to make out. 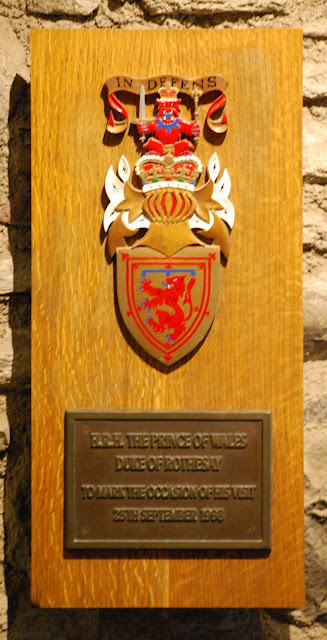 It is, of course, the arms for use in Scotland of His Royal Highness, Charles, the Prince of Wales and Duke of Rothesay, consisting of the Royal Arms of Scotland with a label (as the heir of the Sovereign): Or a lion rampant within a double tressure flory counter-flory gules, in chief a label of three tags azure for difference.

It was a wonderful display of the continuity of arms over the centuries in a single historic site.