Some Quasi-Heraldic Symbols of Royalty


Many of the windows on one wall of the courtyard of Linlithgow Palace have pediments displaying the symbols of the Stewart royal family.

There is King James VI of Scotland, with the crown, sceptre, and sword: 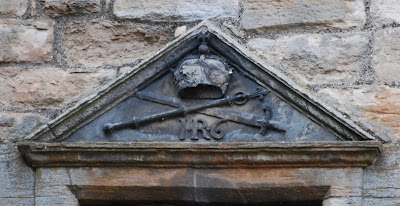 James VI was also King James I of England, with the crown and Tudor roses so emblematic of that nation (as well as his great-grandmother, Margaret Tudor, the sister of King Henry VIII): 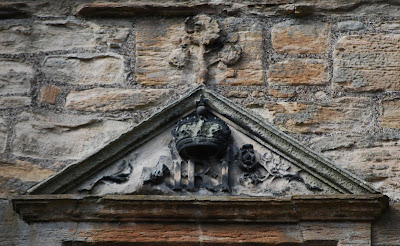 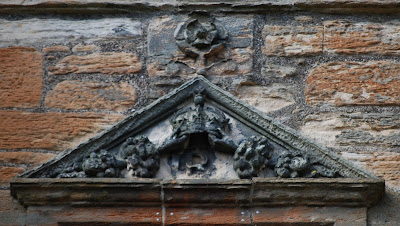 And finally his son, Charles, the Prince of Wales (later King Charles I), with the Prince of Wales feathers and motto (Ich dien), and surmounted by a fleur-de-lis (Charles' great-grandmother was the French Mary of Guise) and by a thistle (a symbol of Scotland): 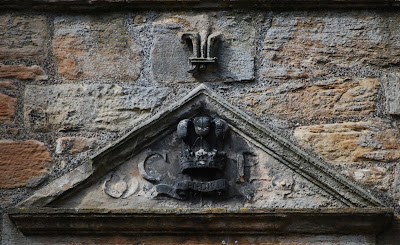 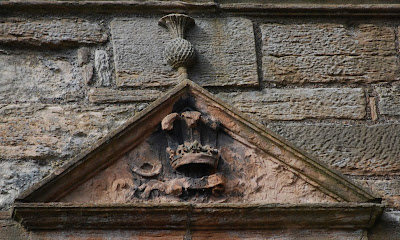 These are yet another nice display of some of the symbols of royalty, of genealogical descent, and a way of visually expressing the importance of the royals who lived in this palace.