A Final Coat of Arms Near Linlithgow Palace


Walking back down the street from Linlithgow Palace to return to our tour bus, I ran across (and thus simply had to photograph) the following coat of arms: 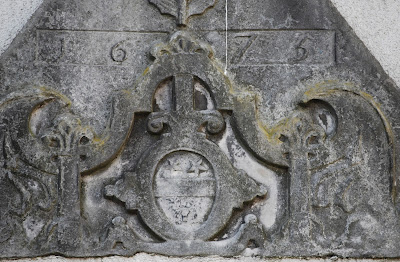 Carved with a date of 1675 and surmounted by a thistle, it appears to be a piece that was rescued from an older building and incorporated into the wall of a new building, probably the one that replaced the older one. 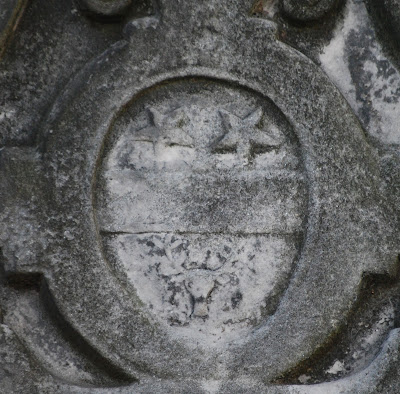 The arms appear to be those of Crawford, Dean of Guild in Linlithgow, as cited in An Ordinary of Scottish Arms from Original Pre-1672 Manuscripts. Crawford is blazoned as Gules a fess ermine between two mullets argent in chief and in base a stag's head cabossed or antlered sable. The arms are cited as 1672.

Not only is this a really nice display of heraldry, but I think it's great to see an historical artifact of this type rescued from demolition and recycled into the fabric of new construction as a way of retaining the history of a building or place when making repairs or replacements. Don't you agree?