Not every ceiling boss in St. Michael's Church in Linlithgow, Scotland, is as colorful as some of those already posted in this blog. Indeed, some of them look like they are showing their age. 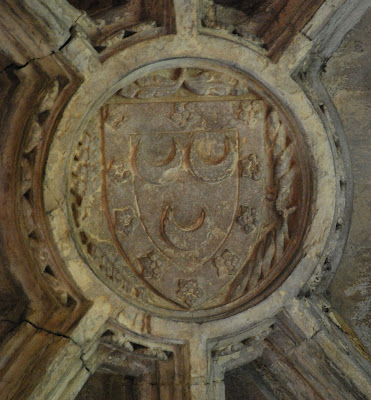 This one, for example, though carefully carved with a lot of detail, appears to be a little worn (making one wonder, how much wear can there really be to something on the underside of a very high ceiling? It's not like people are walking on or touching it all the time) and completely without color.

A little research, though, leads me to believe that it is a representation of the arms of Melville, Gules three crescents argent within a bordure argent charged with eight roses gules.

Yes, I know that there are ten roses shown on the bordure here, but it isn't uncommon to find depictions of arms where the number of charges, especially on a peripheral charge like a bordure or surrounding a central charge, vary. One example of this that I have run across is the different depictions of the arms of member of the Hutchinson family of colonial Boston, Massachusetts, whose lion is shown within a varying number of crosses crosslet: eight, nine, ten, twelve, thirteen (all more or less "in orle") (see a few examples below), and even semy, depending upon the artist. 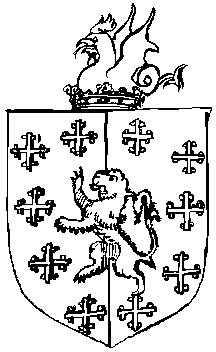 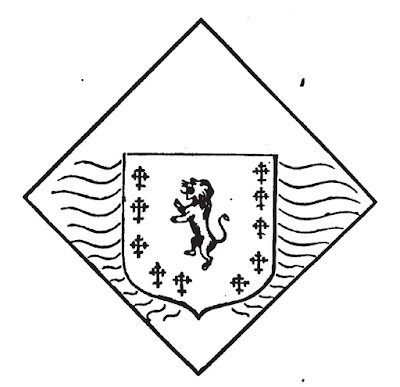 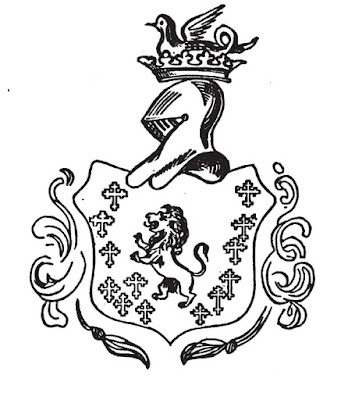 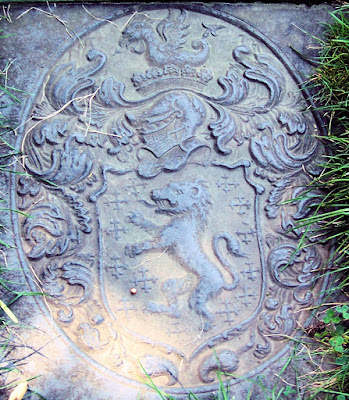 So I do not find it at all surprising that someone may have placed ten rather than eight roses on a bordure, as on the ceiling boss here. Just sayin'.