Well, That Was Disconcerting

And it had on its base two engraved coats of arms. (You can just make them out on the base in the photo above.) With hatching. 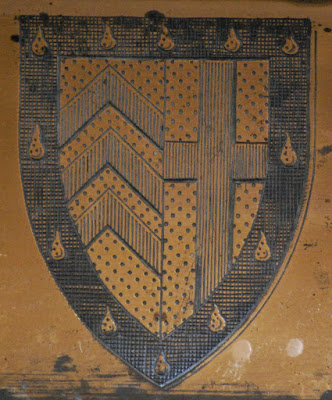 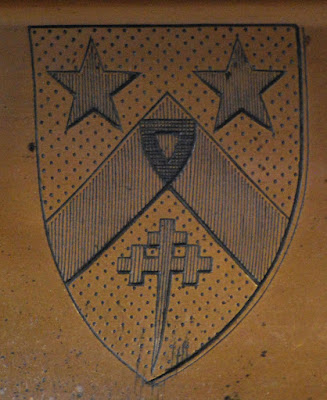 So I thought to myself, "Self, these arms should be fairly easy to identify. They seem to be pretty unique, with elements that should make finding them in or or another of the several Scottish and/or British ordinaries of arms pretty straightforward."

Well, apparently I has misinformed myself. Because I have not been able to identify either one of these coats of arms. I have found nothing like them in either of the two volumes of An Ordinary of Arms Contained in the Public Register of All Arms and Bearings in Scotland, nor in the more recent An Ordinary of Scottish Arms From Original Pre-1672 Manuscripts, nor in Burke's General Armory.

Neither is really close enough to warrant an identification as a branch of Maxton.

So there you go. A beautiful artifact with some great heraldry on it, and even after a pretty comprehensive search, no identification. As I noted in the title of this post, it's disconcerting.

If you should happen to know the owner of either of these coats of arms, please feel free to leave your identification in the comments. (If the comments are not working for you - some folks have had difficulty posting a comment recently, and I still haven't figured out why - please email me at davidbappleton@att.net and I will post your identification on here; with full credit to you, of course!)