In the portion of Craufurdland Castle they call "the Laird's house," which was built in the 1600s, there is the King Charles Room. It is named that because of the ornate plaster ceiling which contains, among other decorative elements (just look at all that scrollwork!), the Royal Arms of King Charles I as used in Scotland. 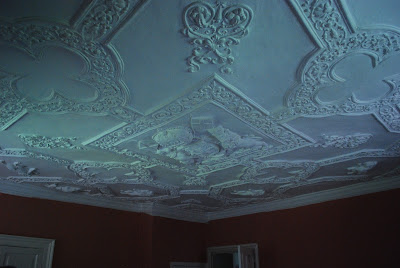 The Royal Arms take up a square in the center of the ceiling: 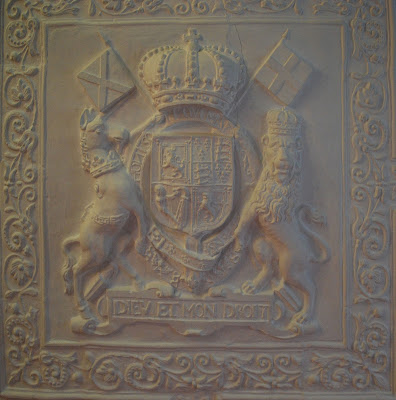 Elsewhere we find examples of the Royal supporters - the unicorn and the lion - standing alone as decorative motifs. 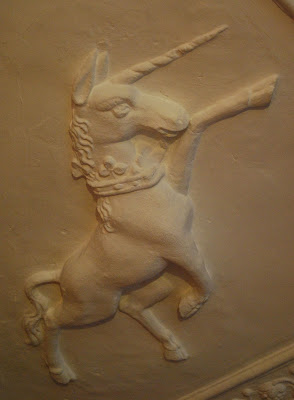 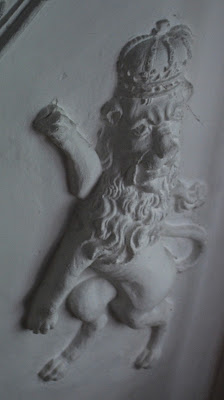 And way off over in one corner is the date, 1648, with some more detail of the ornate scrollwork seen throughout the ceiling. 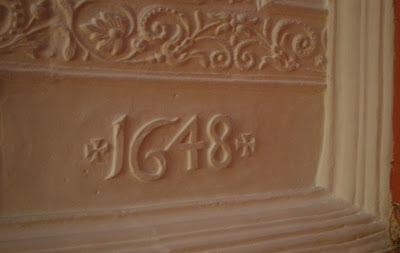 The current Laird told us that he didn't believe that Charles I ever stayed at the Castle. I have no doubt, though, that if he ever had, that this is the bedroom he would have been given to sleep in.

Now, though, it's just the bedroom of one of the Laird's daughters.

But with a really great ornate heraldic ceiling.