The Heraldry of a Fine Old Scottish Home


The day after our tours of the University of Glasgow, the Kelvingrove Art Galleries, Provands Lordship, Glasgow Cathedral, and the Burrell Collection, those of us who had signed up for it were taken on three days of tours around Scotland, and were treated to an amazing amount of heraldry.

First off on the first day was a stop at Craufurdland Castle, home to the Craufurds of Craufurdland since 1245. We were met and entertained by Simon Douglas Houison Craufurd of Craufurdland and Braehead, the 29th laird, and his wife Adity Priyadarshini, and their two daughters, Indra and Manisha.

Right off the bat we were treated to some heraldry, in the form of the Craufud remarkably simple coat of arms on the exterior of the house, both in the front and in the back. 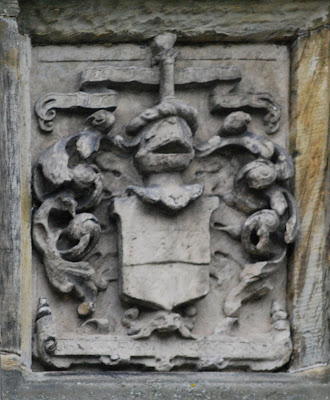 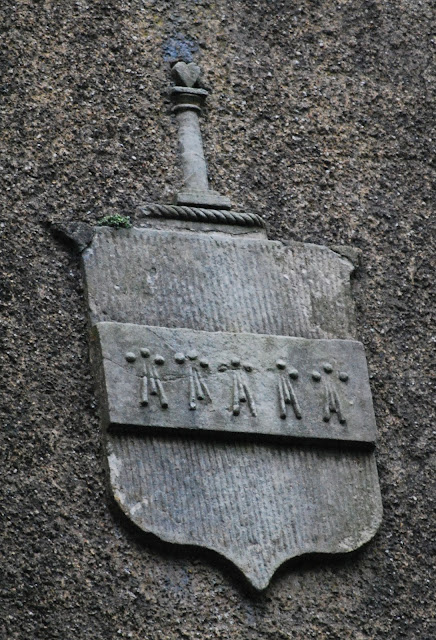 The arms are blazoned in Burke's General Armory as: Crawfurd, or Craufurd (Craufurdland, co. Ayr: the heiress m. 1744, Howieson, of Braehand [s/b Braehead]). Gu[les] a fess erm[ine]. Crest - A marble pillar supporting a man's heart [proper]. Motto - Stant innixa Deo. Fairbairn's Crests gives the translation of the motto as "They stand depending upon God."

In a somewhat unusual use of heraldry, one of the chimney tops was made to resemble the pillar of the Craufurd crest: 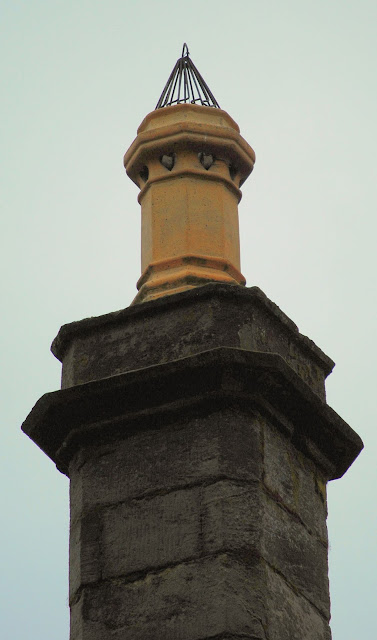 Isn't that cool? I love it!

Next time: Heraldry as soon as you walk in the door.