Further on into Craufurdland Castle, we saw several more examples of the Howison coat of arms.

First was this very nice painting/plaque, done with supporters standing on the motto scroll beneath the shield, and with crest and mantling but without a helm: 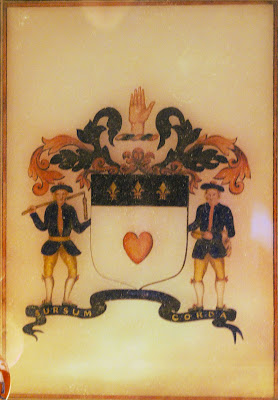 Further on, in the library (and it's a wonderful old library, too!), were this silver basin and ewer set, each engraved with the Howison arms: 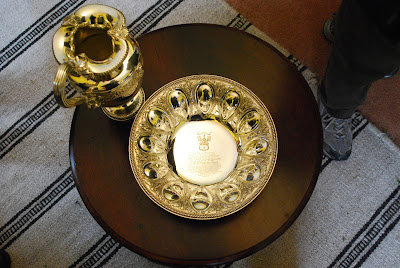 Below the arms, the inscription reads:


In Perpetua Rei Memoria
With this basin and ewer
William Howison Craufurd
Younger of Braehead and Craufurdland,
in place of his mother
Mrs. Elizabeth Howison Craufurd,
rendered to
King George the Fourth
The Ancient Servitium Lavacri,
By which tenure she holds her Lands of Braehead.
And that by tendering to His Majesty
The Basin and Ewer with a Clean Napkin,
After He had partaken of an Entertainment
Given by the Magistrates of Edinburgh,
in the Parliament House of that City,
upon the Twenty Fourth of August,
MDCCCXXII [1822]. 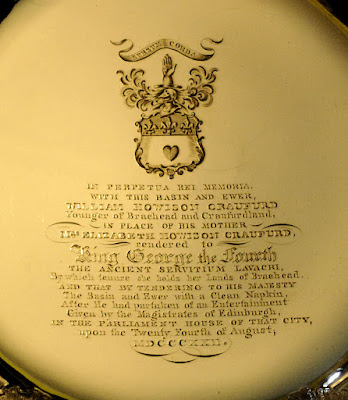 Here you can see how finely engraved (and hatched!) the arms and crest are: 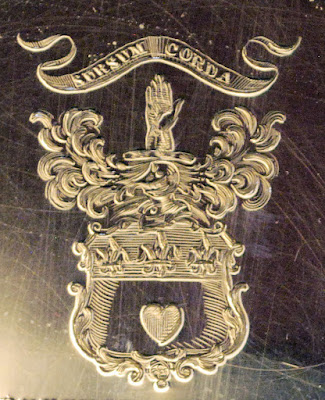 After I had taken the first pictures of the silver set, the Craufurds moved the ewer to a mantle where it was less in danger from being accidentally knocked off by people's knees. In the picture below, Jo Ann caught me in the act of photographing it. (She's been known to complain that this is pretty much what she sees of me when we are on vacation, always walking around with a camera attached to my face!) 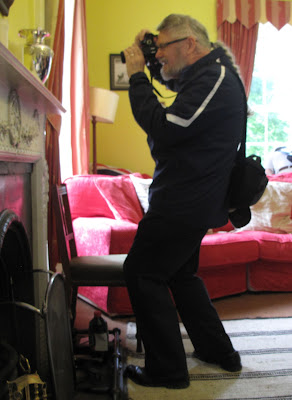 And here's the result of that effort: 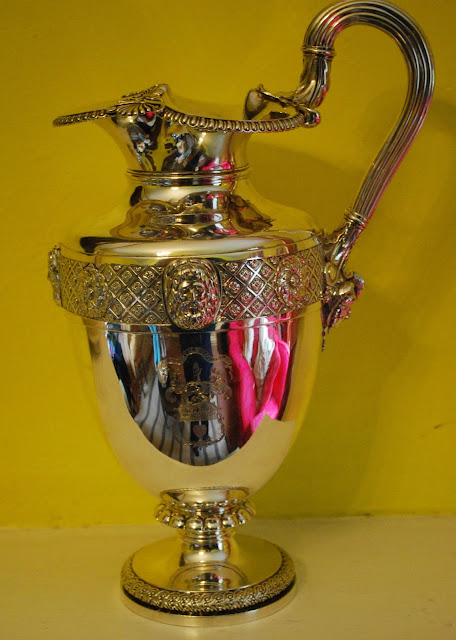 And a (slightly out-of-focus. Sorry!) close-up of the Howison coat of arms engraved on the body of the ewer. 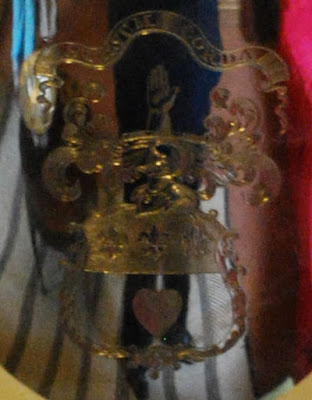 Next time: Example of the combined arms of Craufurd and Howison!