The Corinthian Club in Glasgow, just around the corner from the Trades Hall which was the site of the XXXII International Congress of Genealogical and Heraldic Sciences, was originally built in 1884 as a bank (as so many of the other old, historic buildings in Glasgow were, according to our taxi driver). Though the building has gone through several iterations since that time, most recently in 2010, when it became an upscale host for a casino and several restaurants, bars, and clubs, because of its historic status, the exterior facade remains unmodernized.

On a pediment over the door of the entrance is this lovely heraldic sculpture: 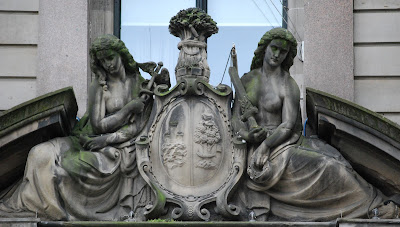 Though I didn't find anything to confirm it, I'm pretty sure that the shield bears the arms of the city of Edinburgh (dexter, to the viewer's left) (Argent a castle triple-towered and embattled sable masoned argent and topped with three fans gules windows and portcullis shut also gules situate on a rock proper), and, of course, the city of Glasgow (sinister, to the viewer's right) (Argent on a mount in base vert an oak tree the stem at the base thereof surmounted by a fish on its back proper with a signet ring in its mouth or, on the top of the tree a redbreast and in sinister fess point an ancient handbell proper).

The crest is a sheaf of wheat with a sickle bound with it. (The harvest brought in; appropriate for a bank, I would think.)

Higher up on the building is a colonnade which stretches across the width of the building, with large statues interspersed with roundels on Baroque shields surrounded with appropriate flora, bearing the arms of seven Scottish cities and towns: Dundee, Kilmarnock, Greenock, Perth, Ayr, Paisley, and Aberdeen. (You will notice that they are all well-protected by netting from the tender attention of the local pigeons! In our travels, Jo and I have discovered that pigeons, and seagulls, apparently have not regard or consideration for art.) 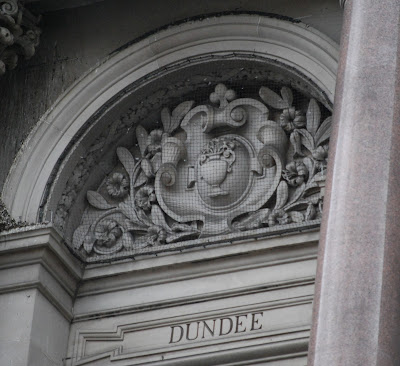 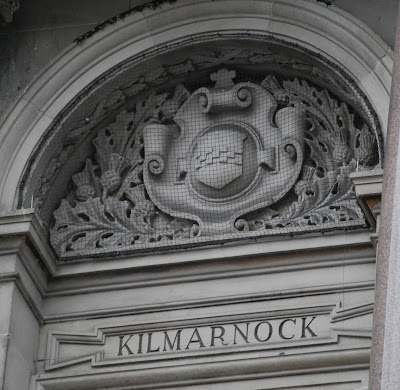 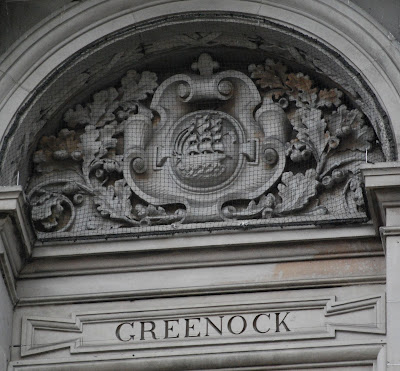 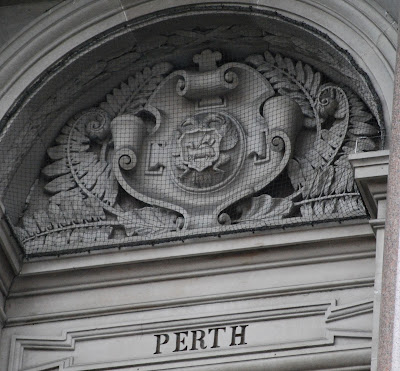 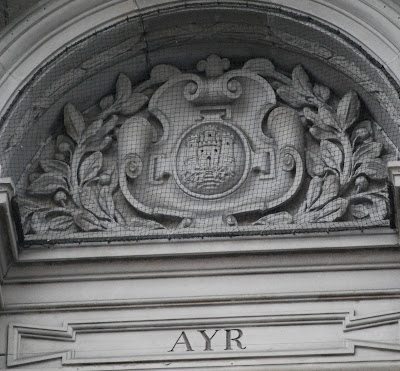 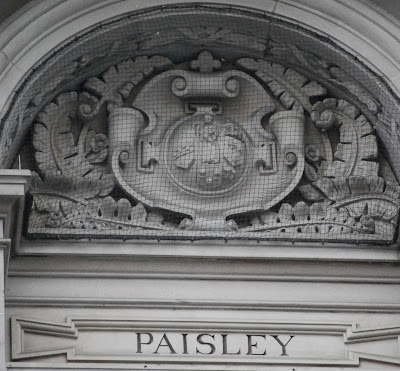 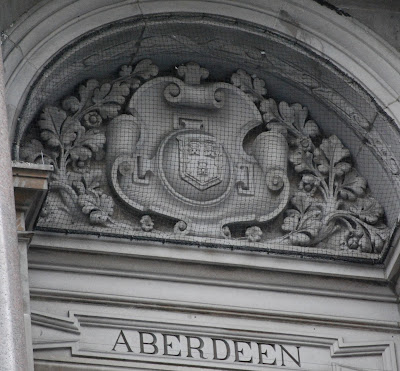 All in all, a really nice display of heraldry.