The Many Depictions of the Glasgow, Scotland City Arms


I'd mentioned the other day (see my post of August 22 at http://blog.appletonstudios.com/2016/08/someone-is-really-missing-opportunity.html) about my disappointment at not finding any tee shirts or baseball caps or anything else for the tourist trade with the arms of the City of Glasgow on them.

I was disappointed because they have a very interesting coat of arms with a good backstory to them.

St. Kentigern, also known as Saint Mungo (and I heard both names for him during our stay in the city), performed four miracles in Glasgow. The following verse is used to remember Mungo's four miracles:

The verses refer to the following:

The Bird - Mungo restored life to a robin, that had been killed by some of his classmates.

The Tree - Mungo had been left in charge of a fire in Saint Serf's monastery. He fell asleep and the fire went out. Taking a hazel branch, he restarted the fire.

The Bell - the bell is thought to have been brought by Mungo from Rome. It was said to have been used in services and to mourn the deceased. The original bell no longer exists, and a replacement, created in the 1640s, is now on display in Glasgow.

The Fish - refers to the story about Queen Languoreth of Strathclyde who was suspected of infidelity by her husband. King Riderch demanded to see her ring, which he claimed she had given to her lover. In reality the King had thrown it into the River Clyde. Faced with execution she appealed for help to Mungo, who ordered a messenger to catch a fish in the river. On opening the fish, the ring was miraculously found inside, which allowed the Queen to clear her name. (This story may be confused with an almost identical one concerning King Maelgwn of Gwynedd and Saint Asaph.)

All four charges appear on the City's coat of arms, and the crest is a demi-St. Mungo. And as I shall demonstrate below, the arms can be found all over the City. My question is, then why not on tourist souvenirs?

That being said, there are some wonderful depictions of the coat of arms (or elements from the arms) of varying ages and by some very skilled craftsmen. Witness the following which we found in our walks about the City. (How many of the bird, tree, bell, fish, and St. Mungo do you see?)

The first one, in color so you can really see it in all its glory, is from a window in St. Mungo's Cathedral. 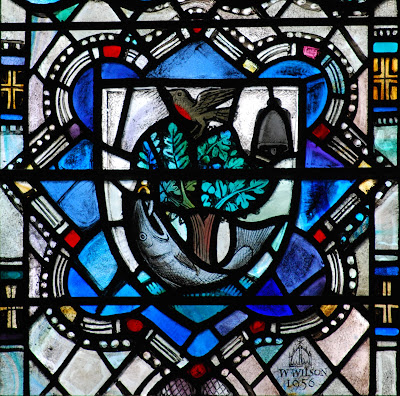 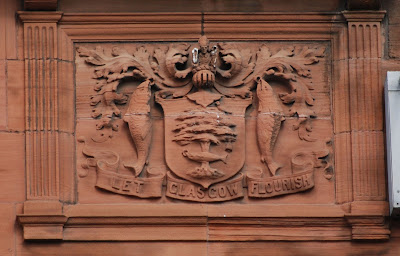 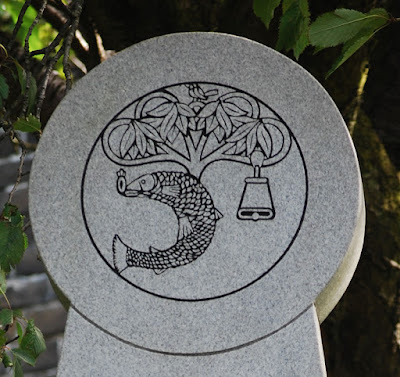 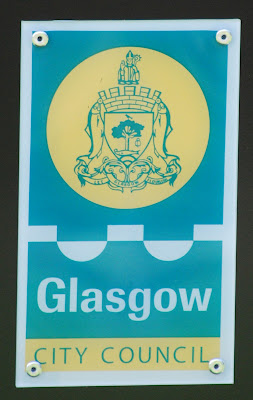 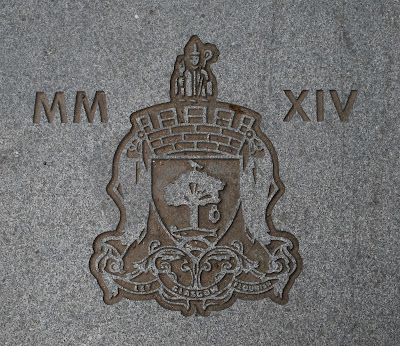 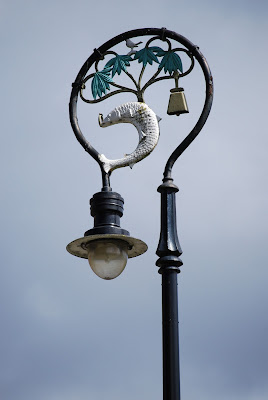 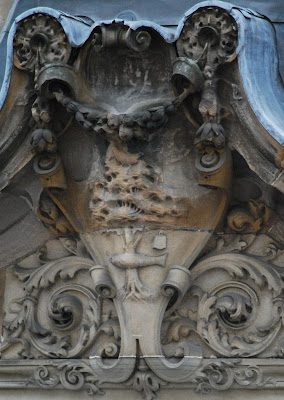 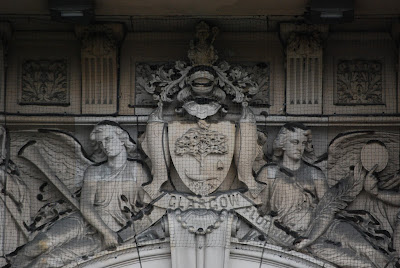 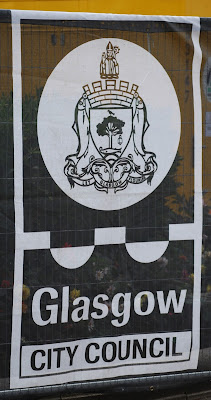 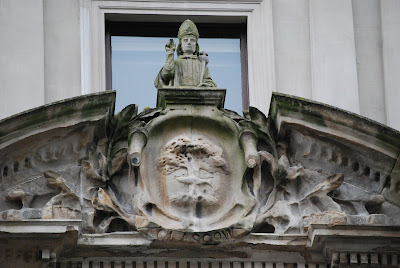 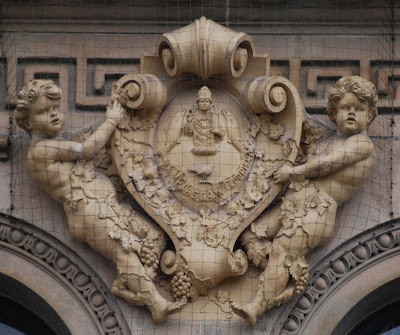 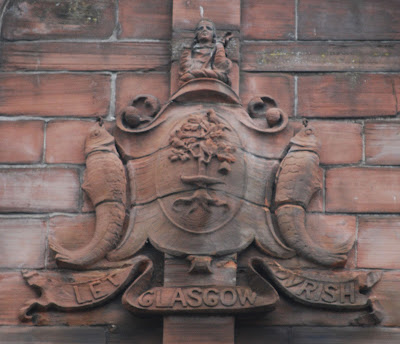 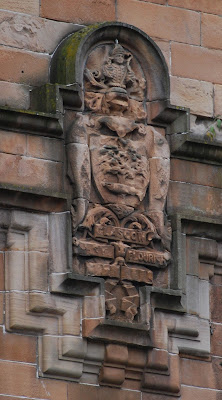 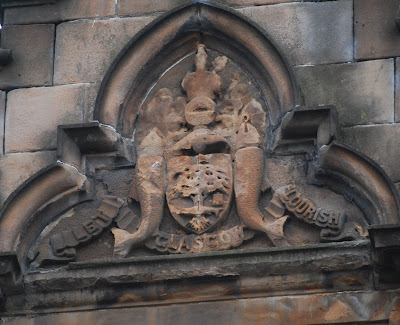 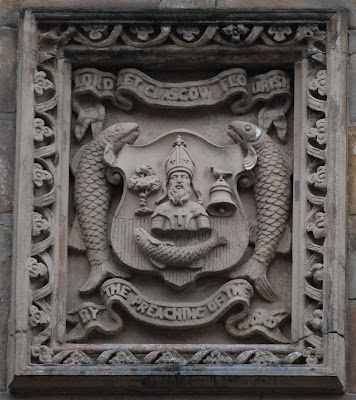 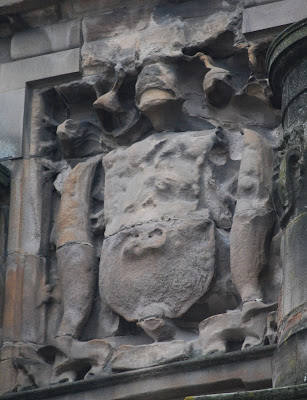 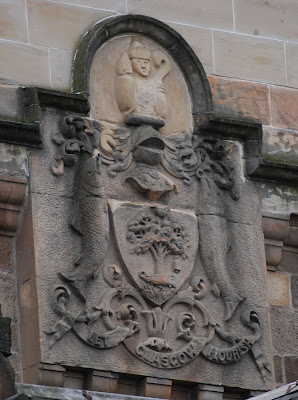 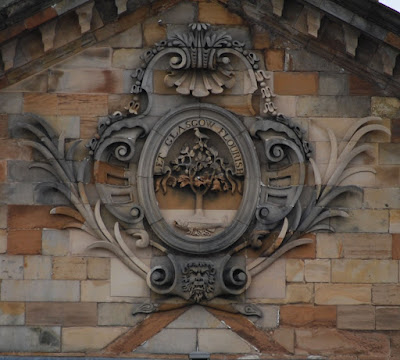 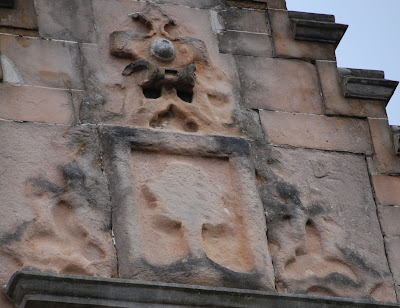 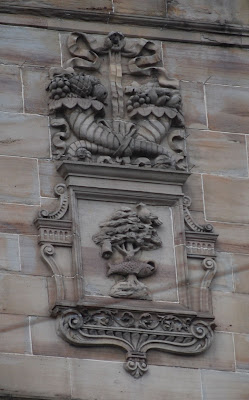 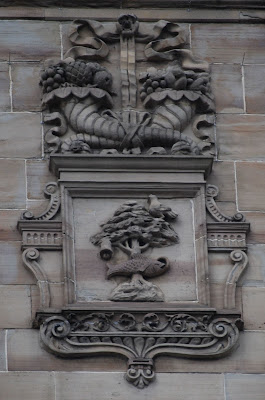 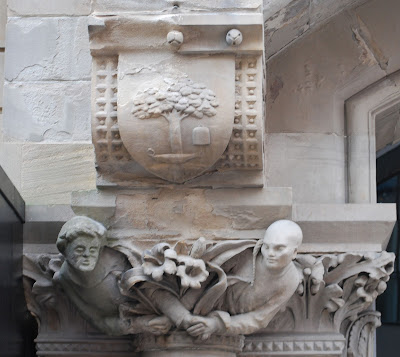 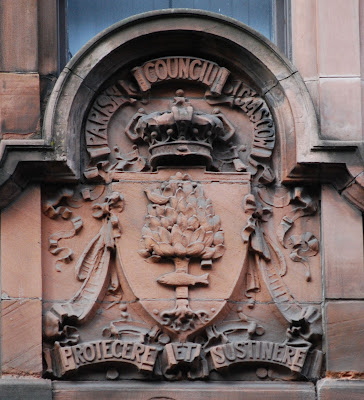 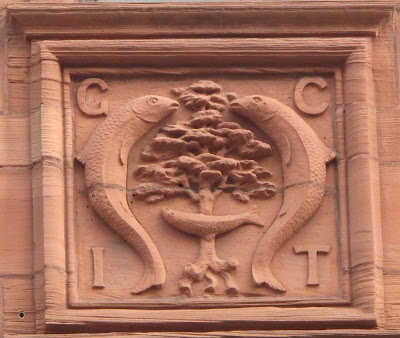 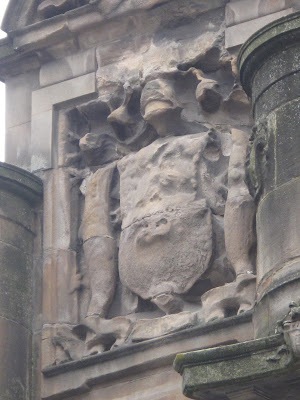 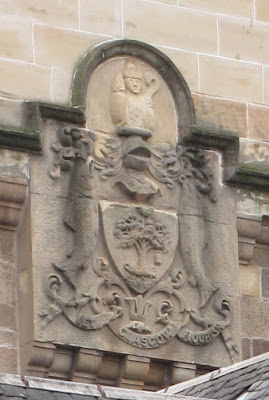 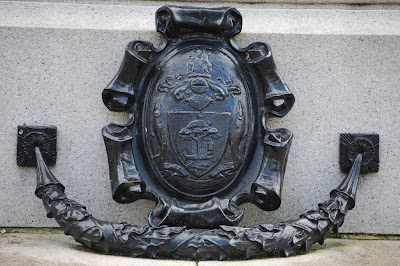 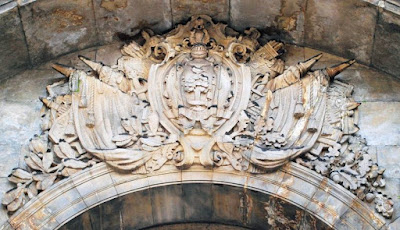