Most of the heraldry presentations at the XXXI International Congress of Genealogical and Heraldic Sciences were held in the Fannehallen, or Banner Hall, at the Akershus Fortress in Oslo, Norway.  And the hall was well-named, as you can see here. 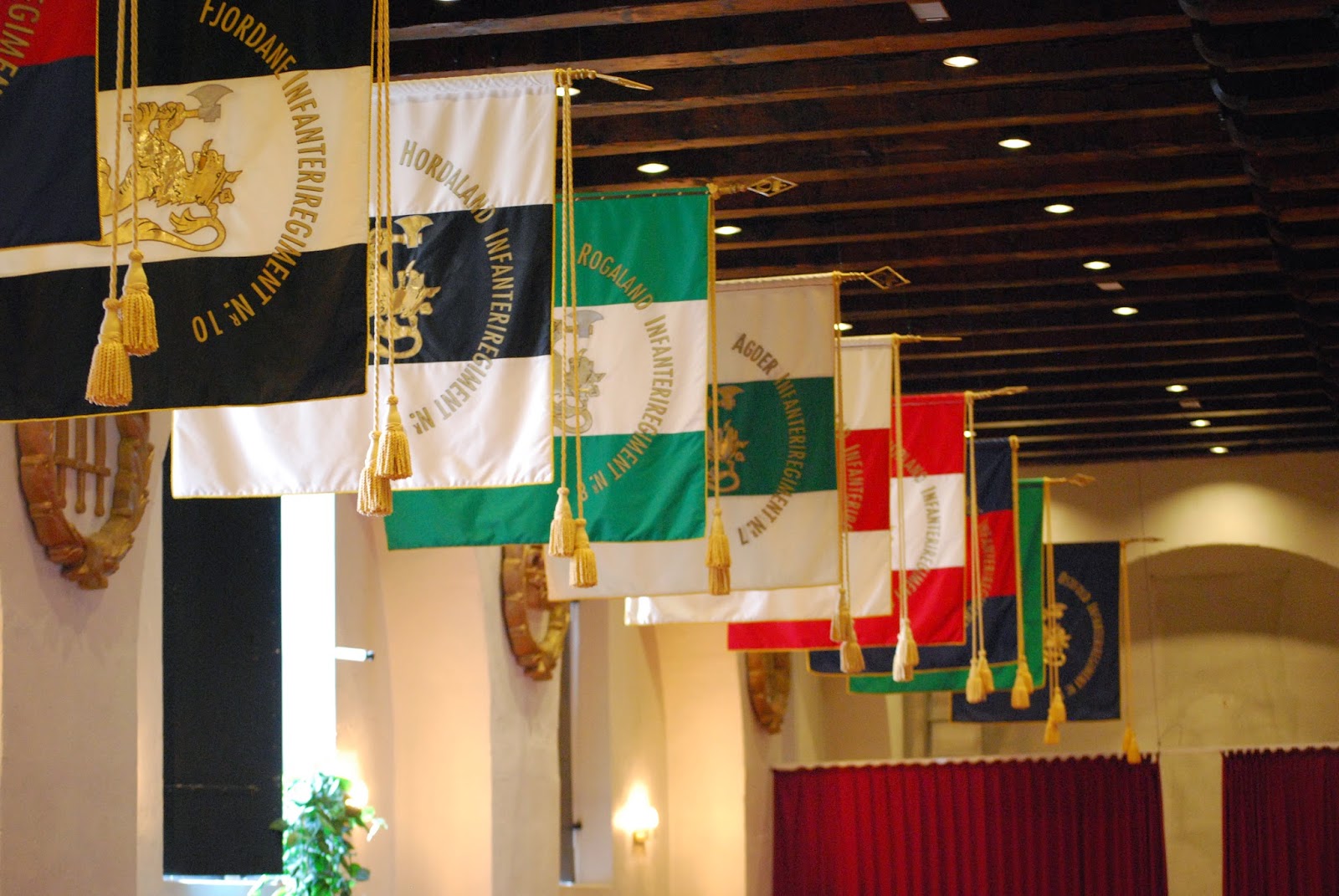 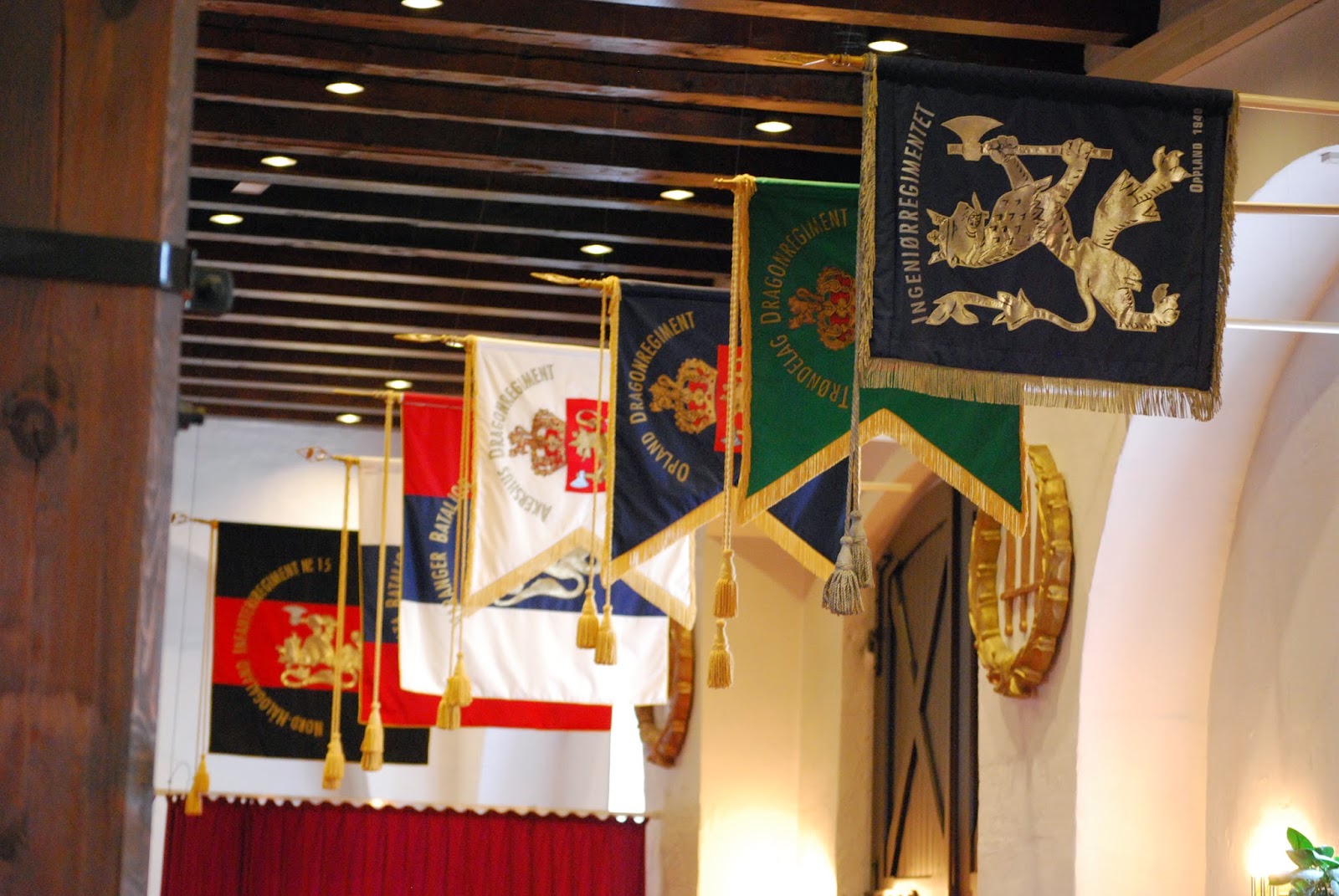 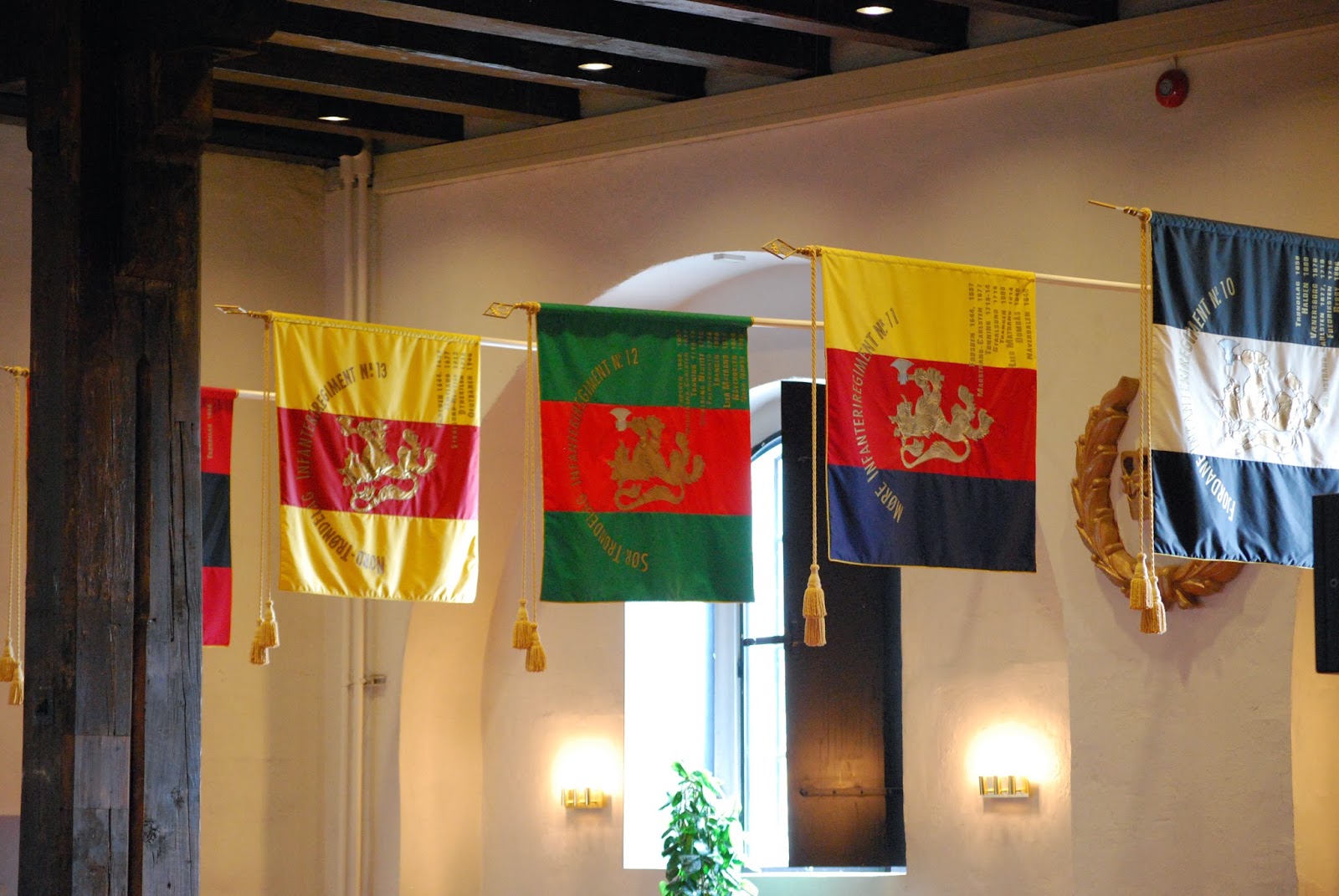 The banners in the hall are, of course, those of various units in the Norwegian armed forces.  Most, but not all, bear the rampant lion and battle ax from the coat of arms of Norway.  Some bear the actual arms.  Others, as you can see from the third picture above, bear other identifying insignia: an anchor surmounted by a swooping eagle and a submachine gun; the king's monogram; a thunderbolt. Many carry the names of battles or campaigns in which that unit took part.

It gave a solemnity to the atmosphere to sit and listen to lectures on heraldry in a hall filled with so much military heraldry and history.