Concluding our review of the arms carved on the exterior of the Posthallen in Oslo, here are the fifth and sixth columns of arms, starting at the top of Column 5: 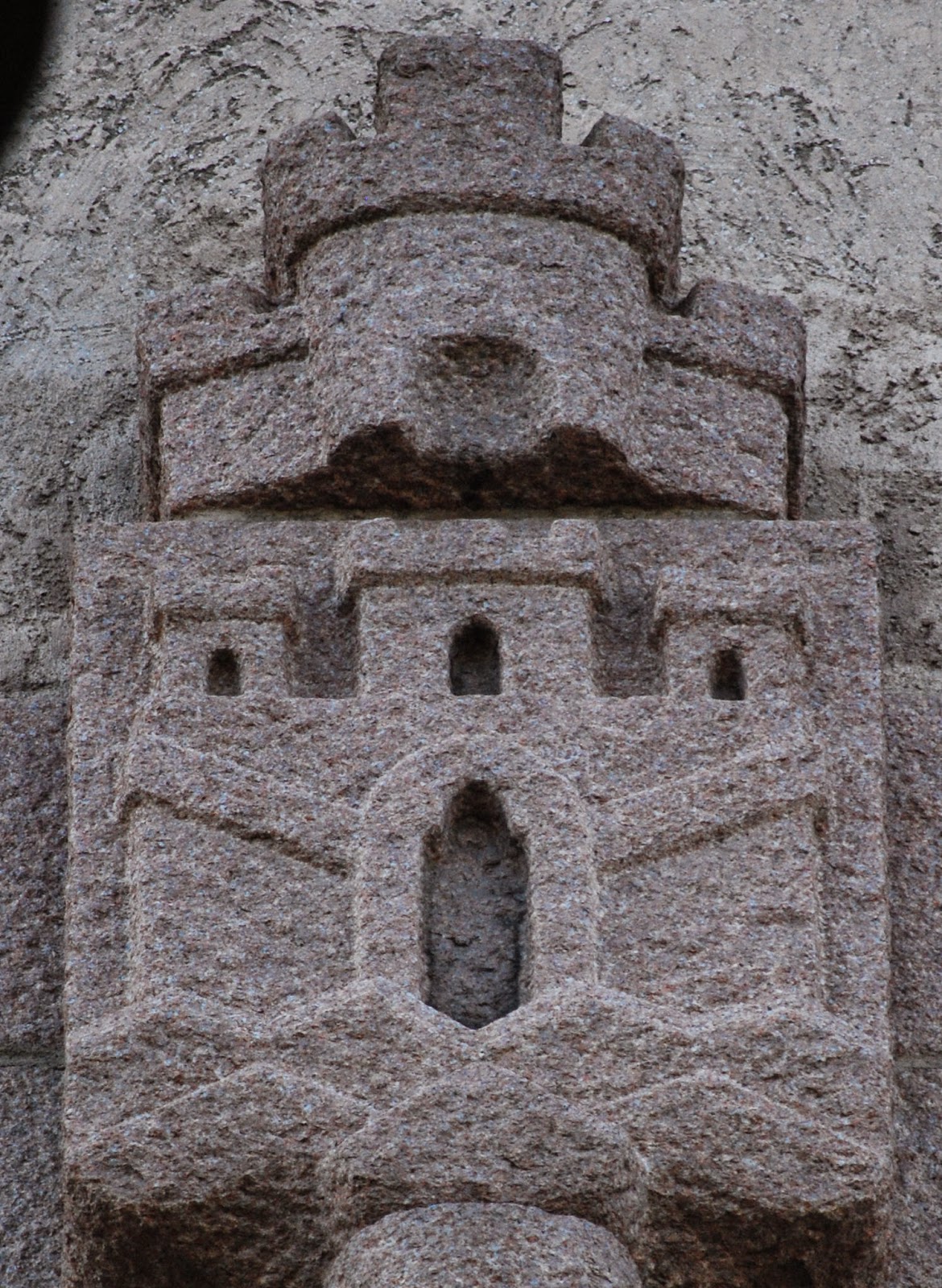 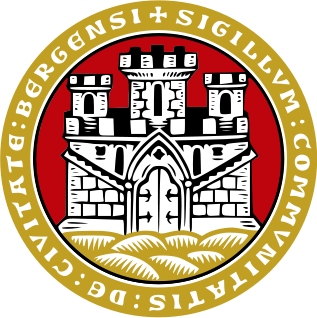 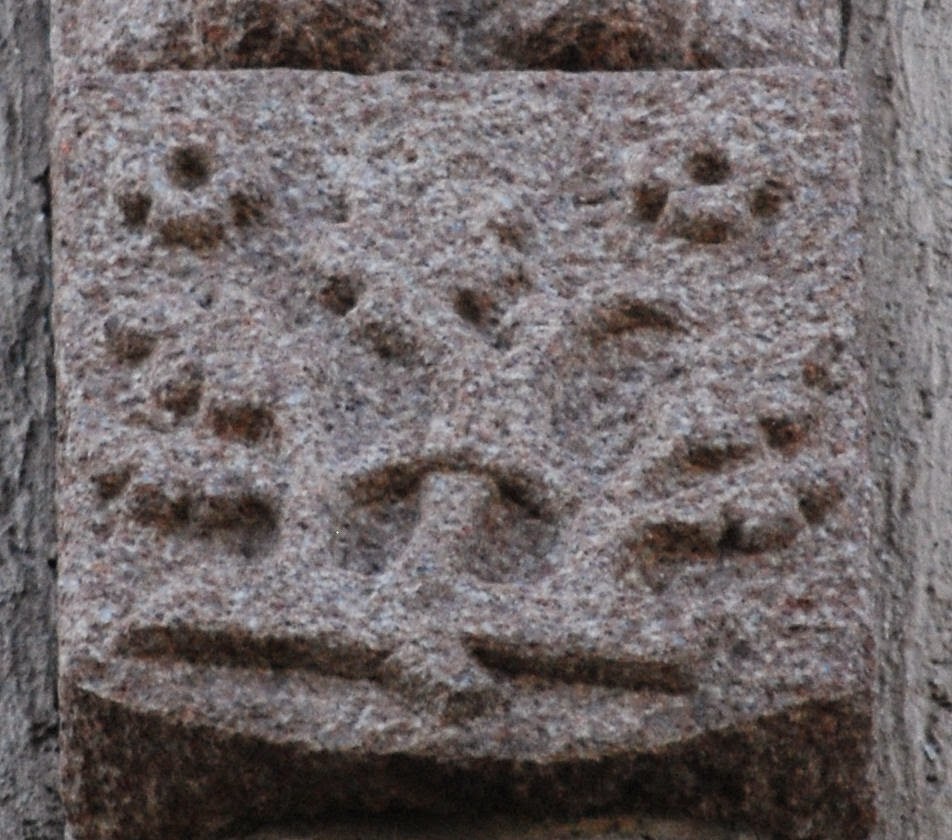 Meløy (maybe.  Meløy comes closest to the depiction on the Posthallen that I've been able to find.) 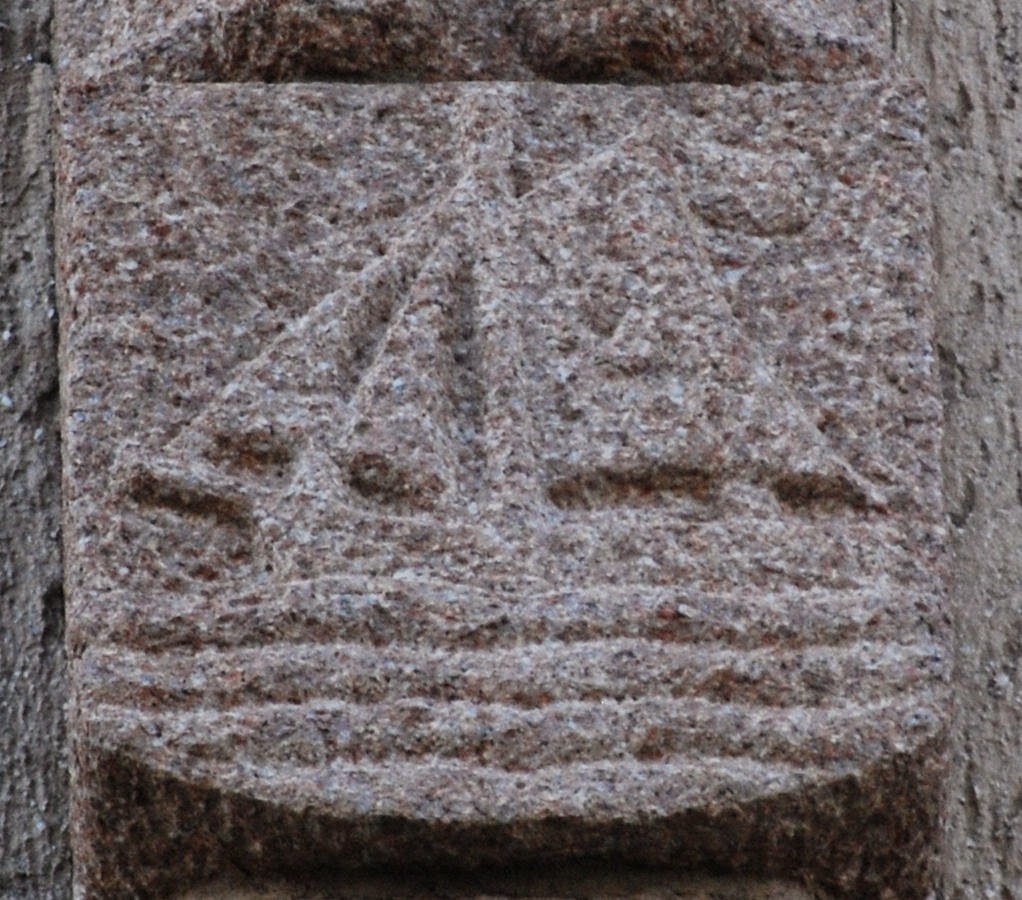 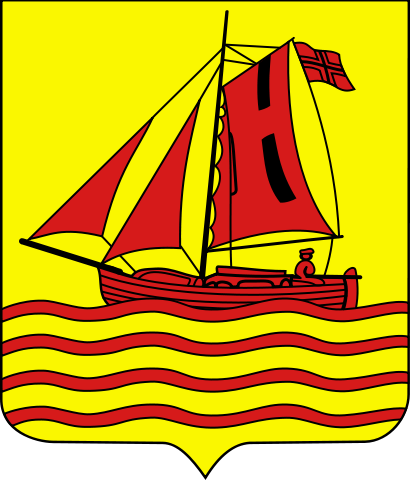 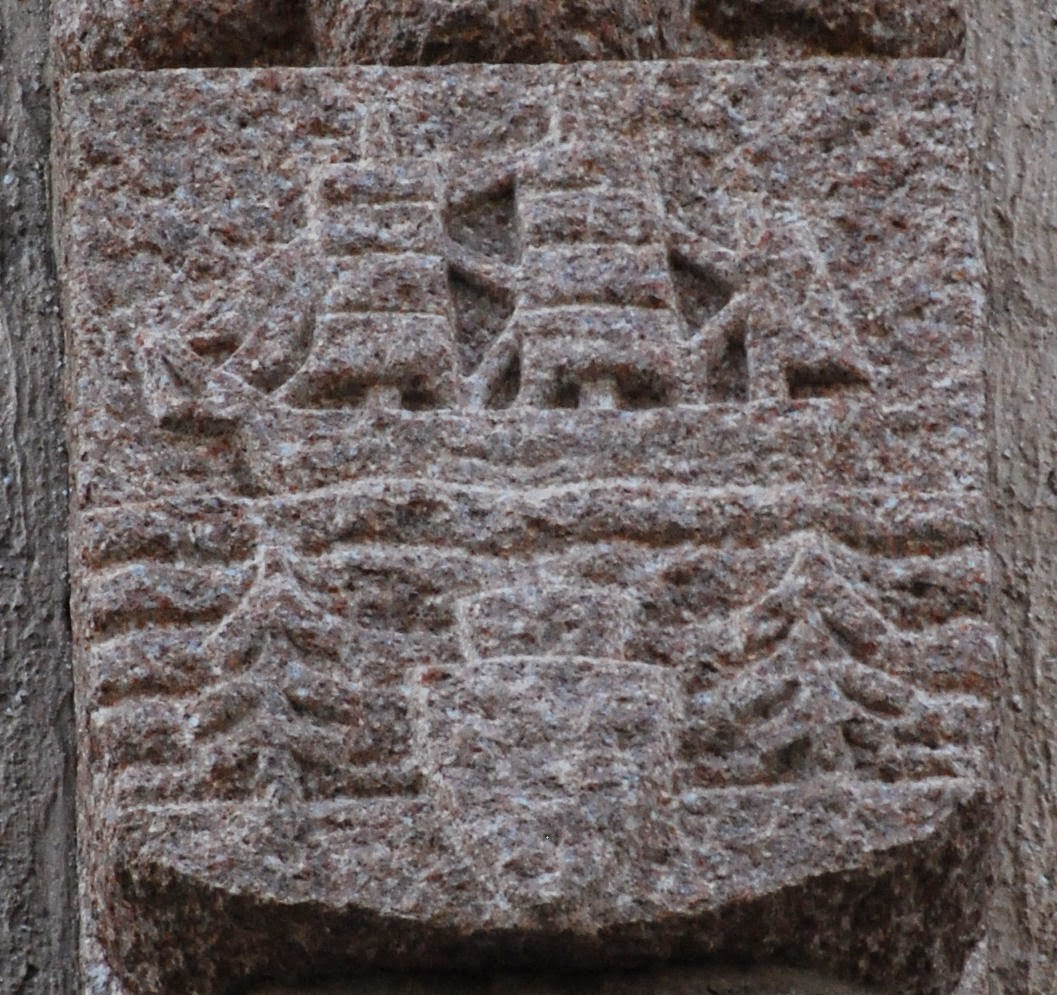 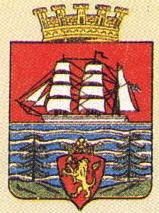 Arendal (The modern arms of Arendal are on the blue and silver shield.) 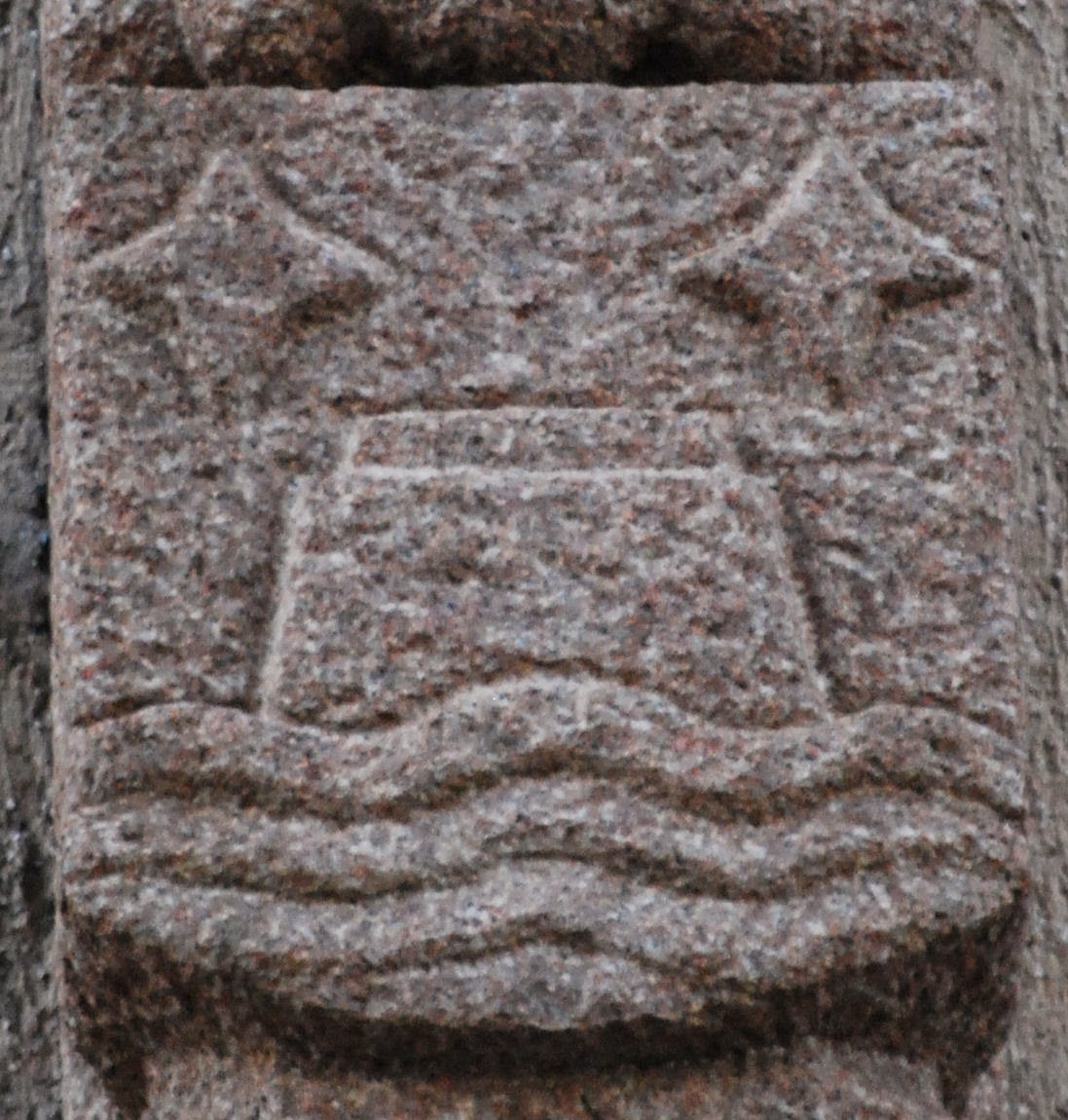 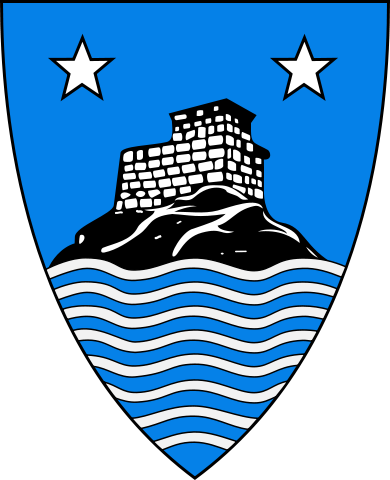 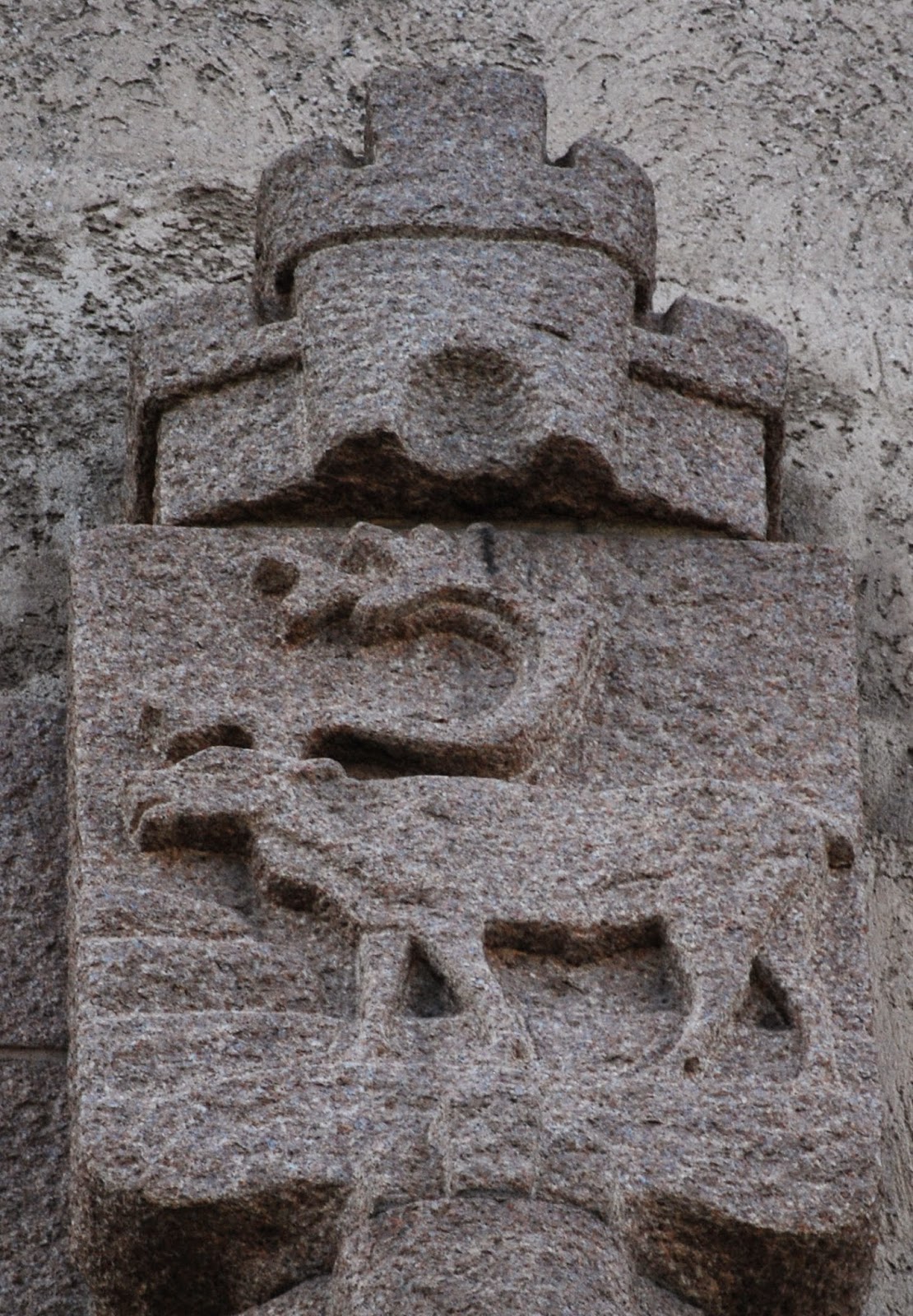 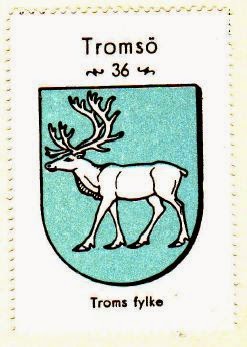 Tromsø (probably.  The carved arms on the Posthallen have some details that do not appear in the modern arms of Tromsø, but nothing else I've found matches better.) 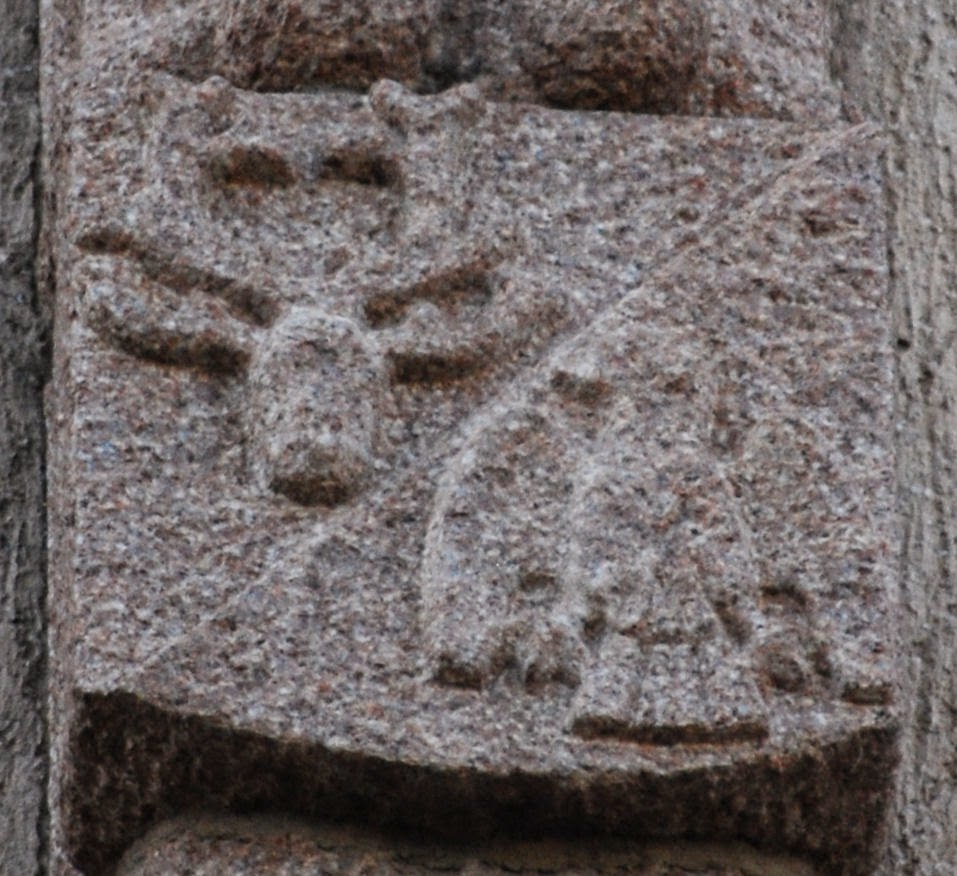 I have not found this coat of arms.  I suspect that the modern arms used by the community have been greatly simplified from this depiction or changed completely. 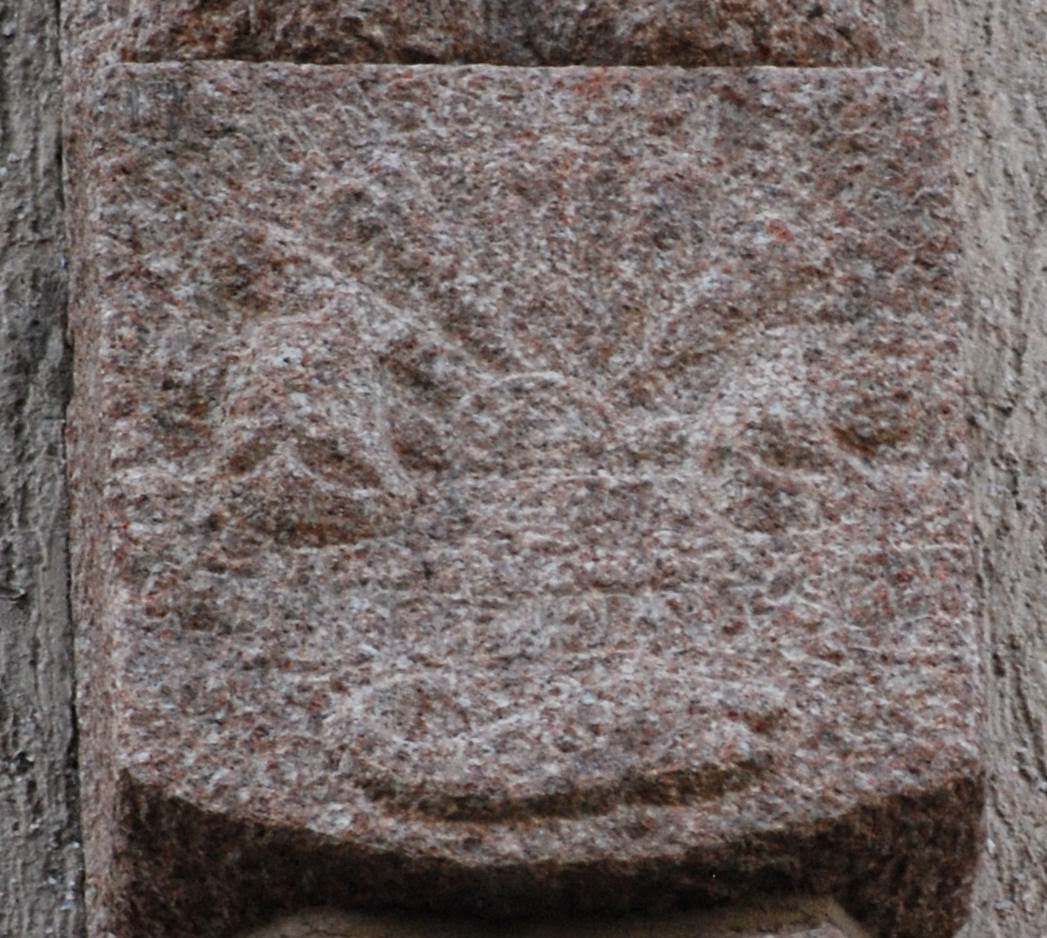 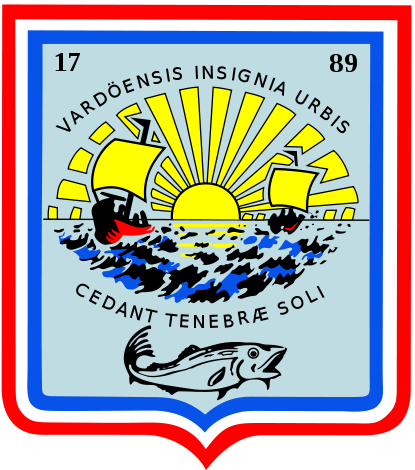 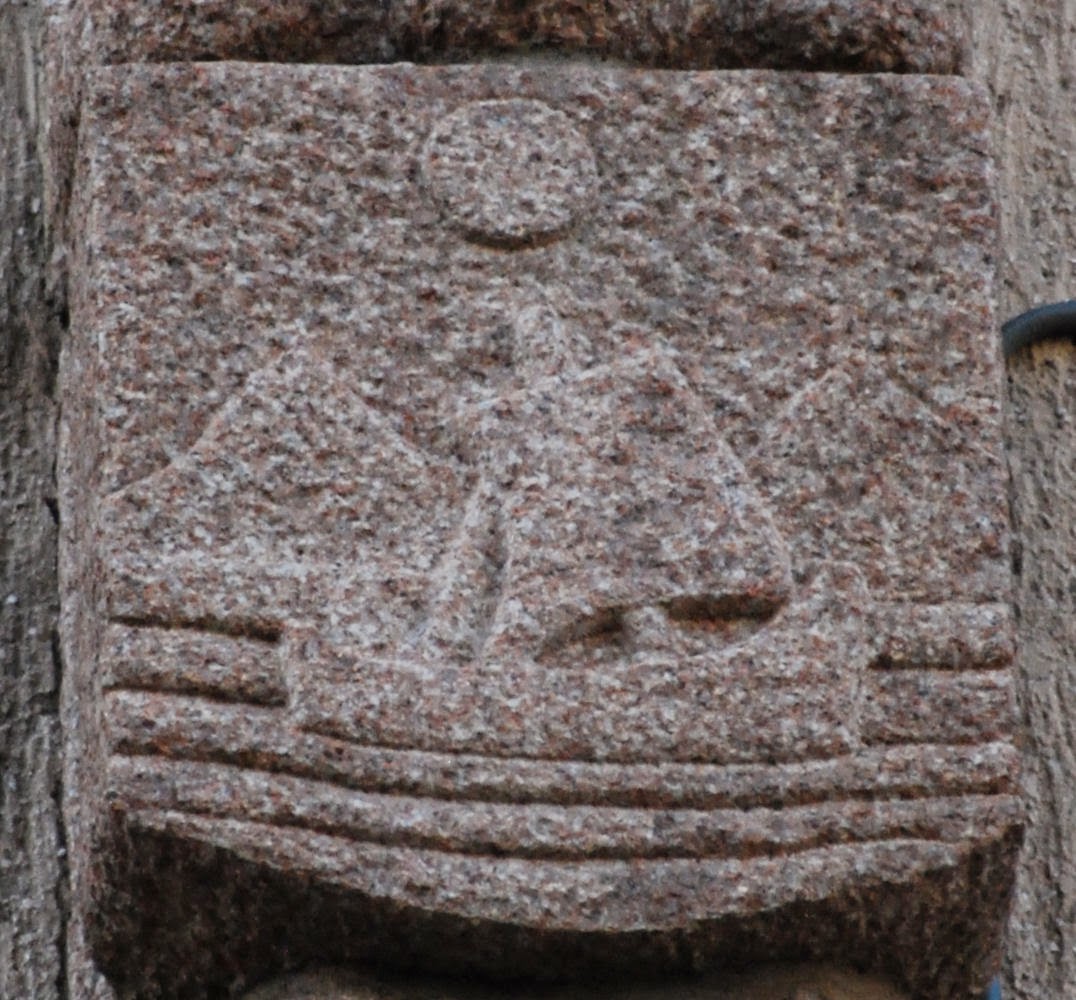 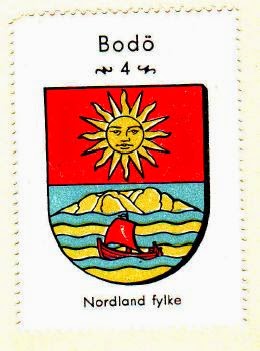 Bodø  (The modern, much simplified arms of Bodø are the golden sun on the red shield here.) 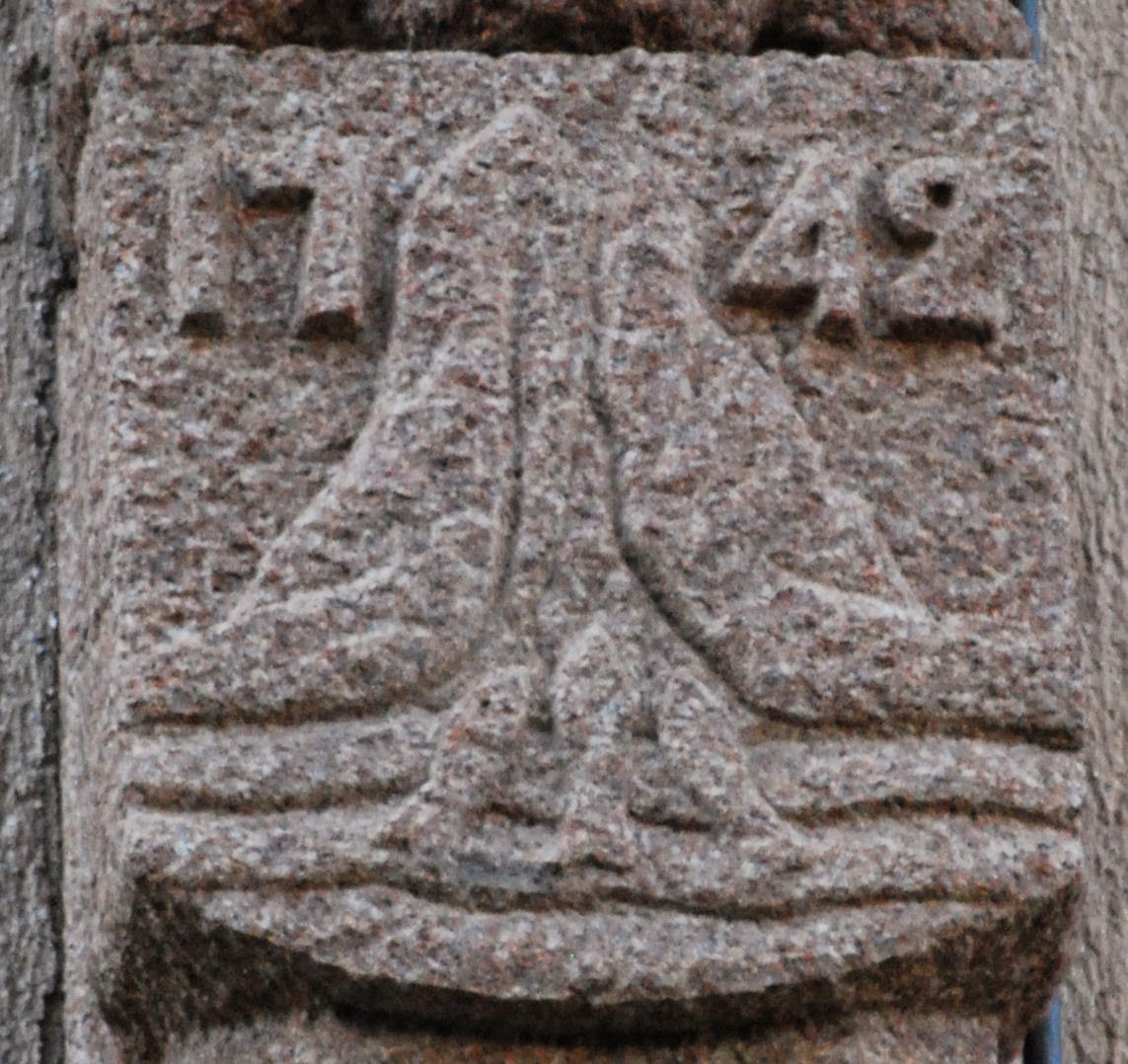 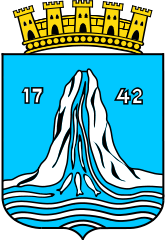 And there you have it!  Six long carved columns, each containing five different coats of arms, for a wonderful - and large! - display of heraldry.