Norway, Part 10-A: The Posthallen

The single best (or, at the very least, the biggest) display of heraldry that I saw in Oslo was actually too big to be photographed in a single picture.  Admittedly, this is at least partly because in was very large, and partly because it was on the end of the building which faced a narrow street, so there was no really good way to get a picture that would take in the whole thing and still let you see what it is.  (You can get an idea of the full scope of what I'm talking about from the picture of the end of the building taken at night with the columns of arms all lit up, which can be found at http://soylen.no/Eiendommer/POSTHALLEN.aspx) Still, this shot of one of the columns should give you an idea of how impressive the entire display is.  As you can see, this column (and the other five) is more than twenty feet in length.

The entire display, on the end of the Posthallen (it used to be the main post office building, but now contains a very nice restaurant and other retailers) consists of six cast or carved columns, each containing five coats of arms arranged vertically with decorative elements in between each coat.  Because of the sheer number of arms, I’m going to break the entire display into three posts.  This post will start at the top of the left-hand column, then moving down to the bottom before going to the top of the second column.  The next post will begin with the arms at the top of the third column and go through the bottom of the fourth column.  The third post will do the same for the fifth and sixth columns.

I’ve been able to identify most of the coats of arms on these columns.  A few identifications are tentative, and there are three which I have been completely unable to identify.  Based on the fact that some of these communities have changed their arms since the time these columns were carved, I expect that they simply do not match at all what the cities are using now, and that is why I’ve been unable to find them.  Where the carved arms here show the older arms, I have also included a picture of the modern arms.

So here we go: 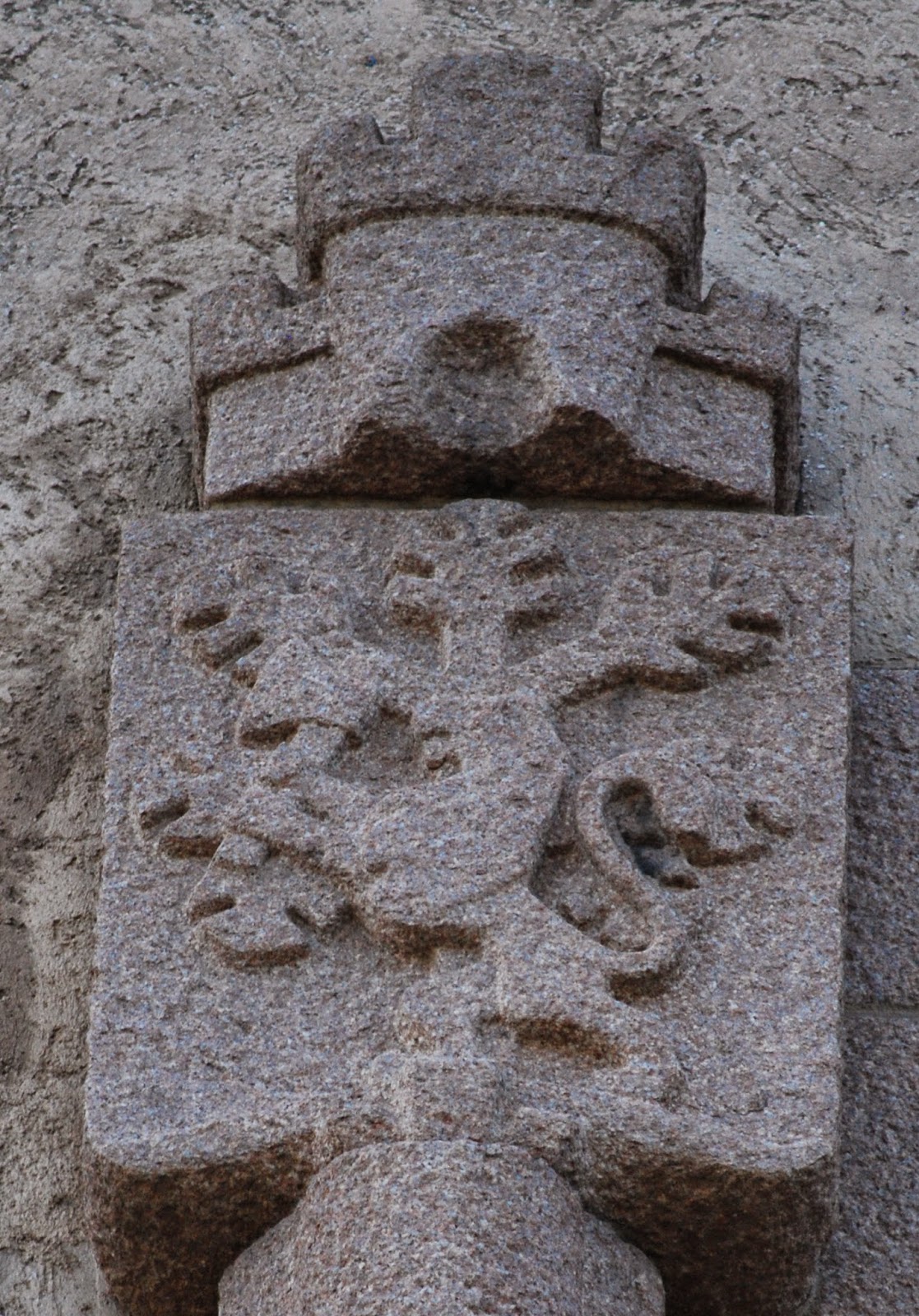 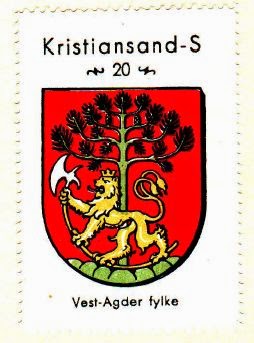 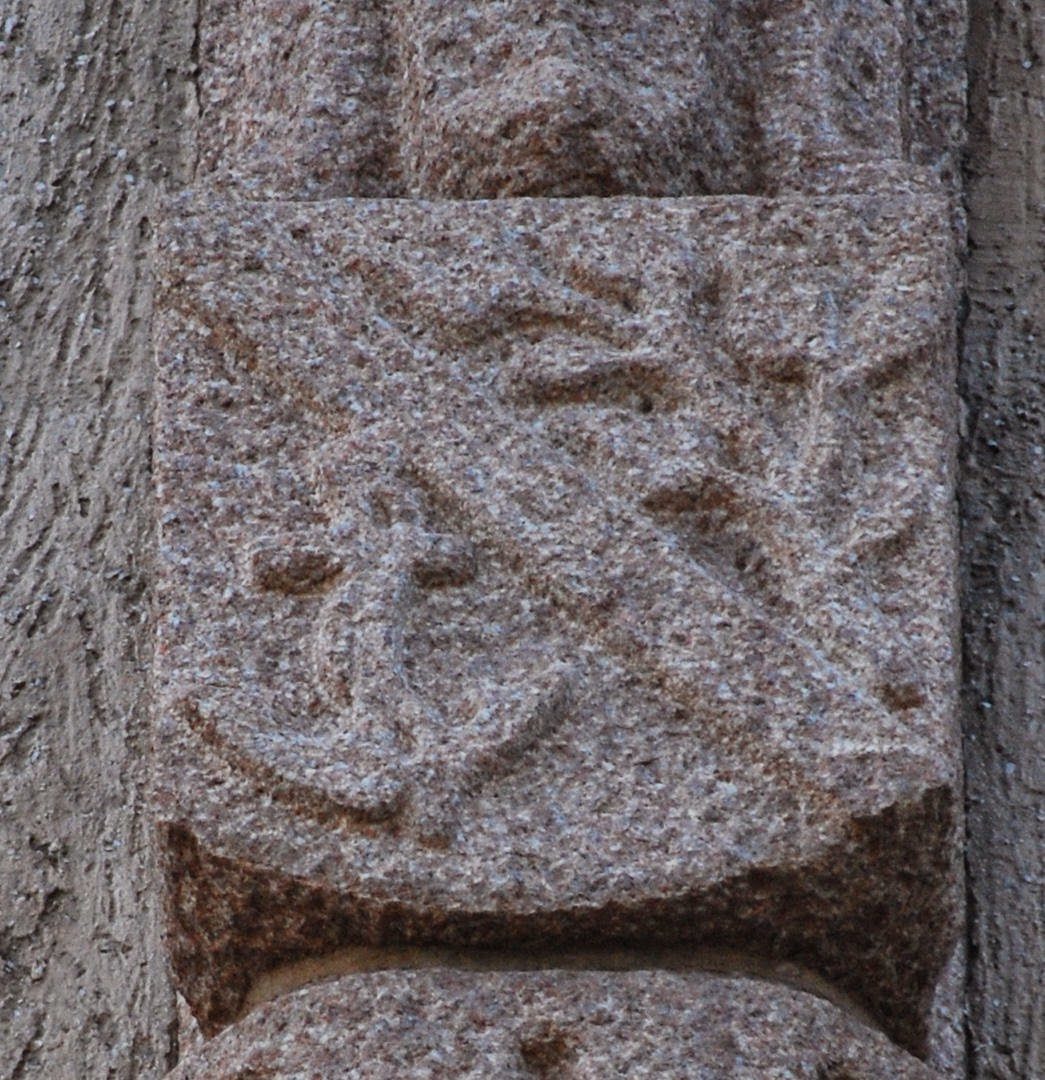 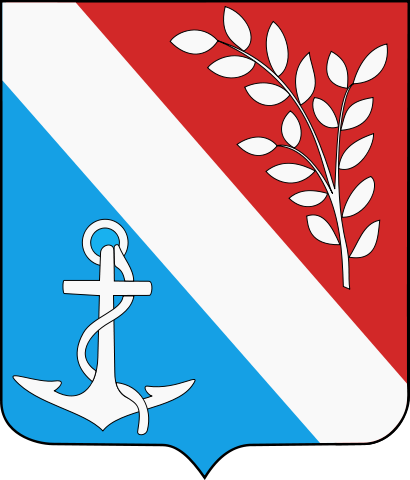 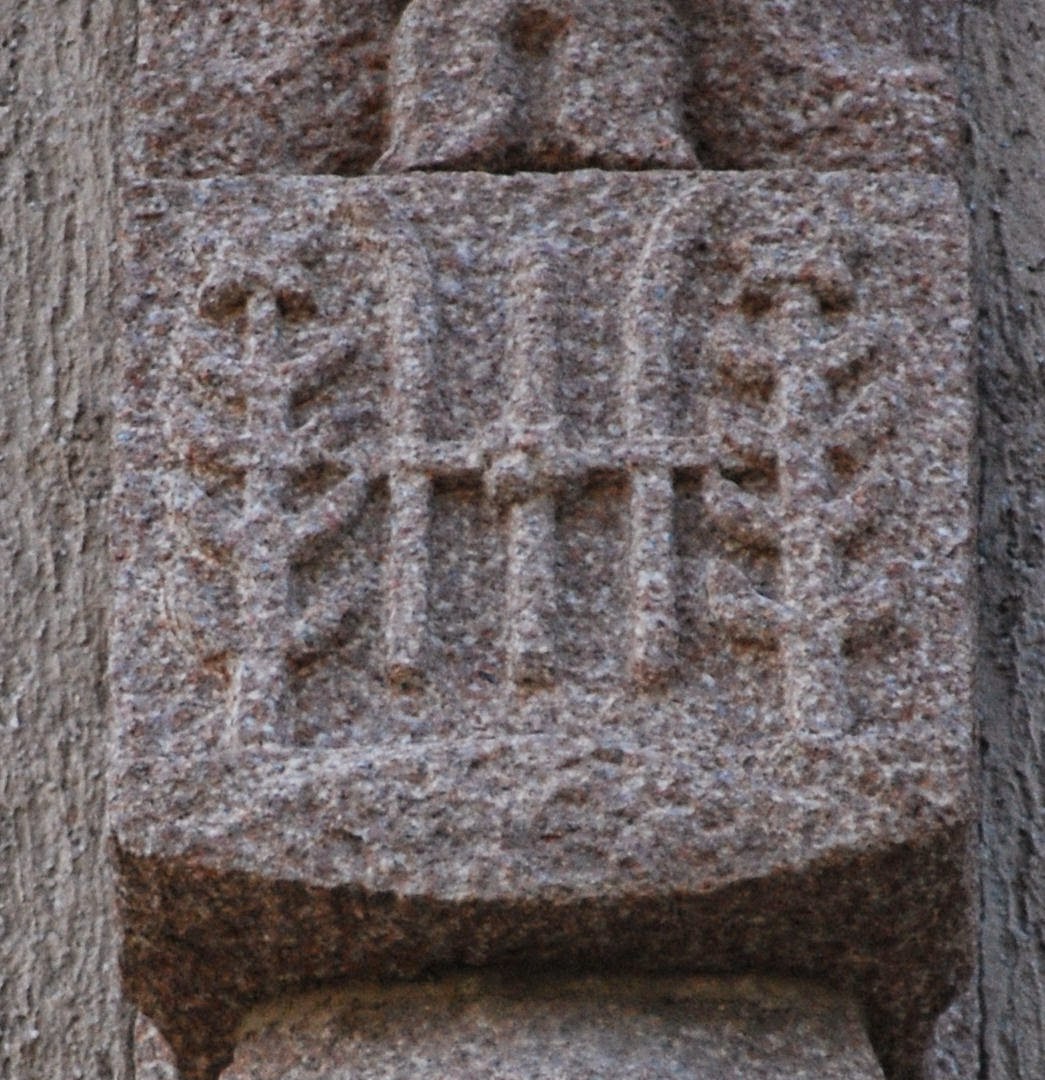 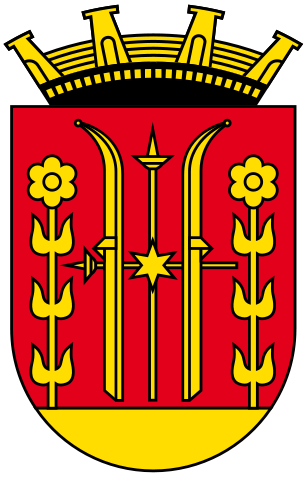 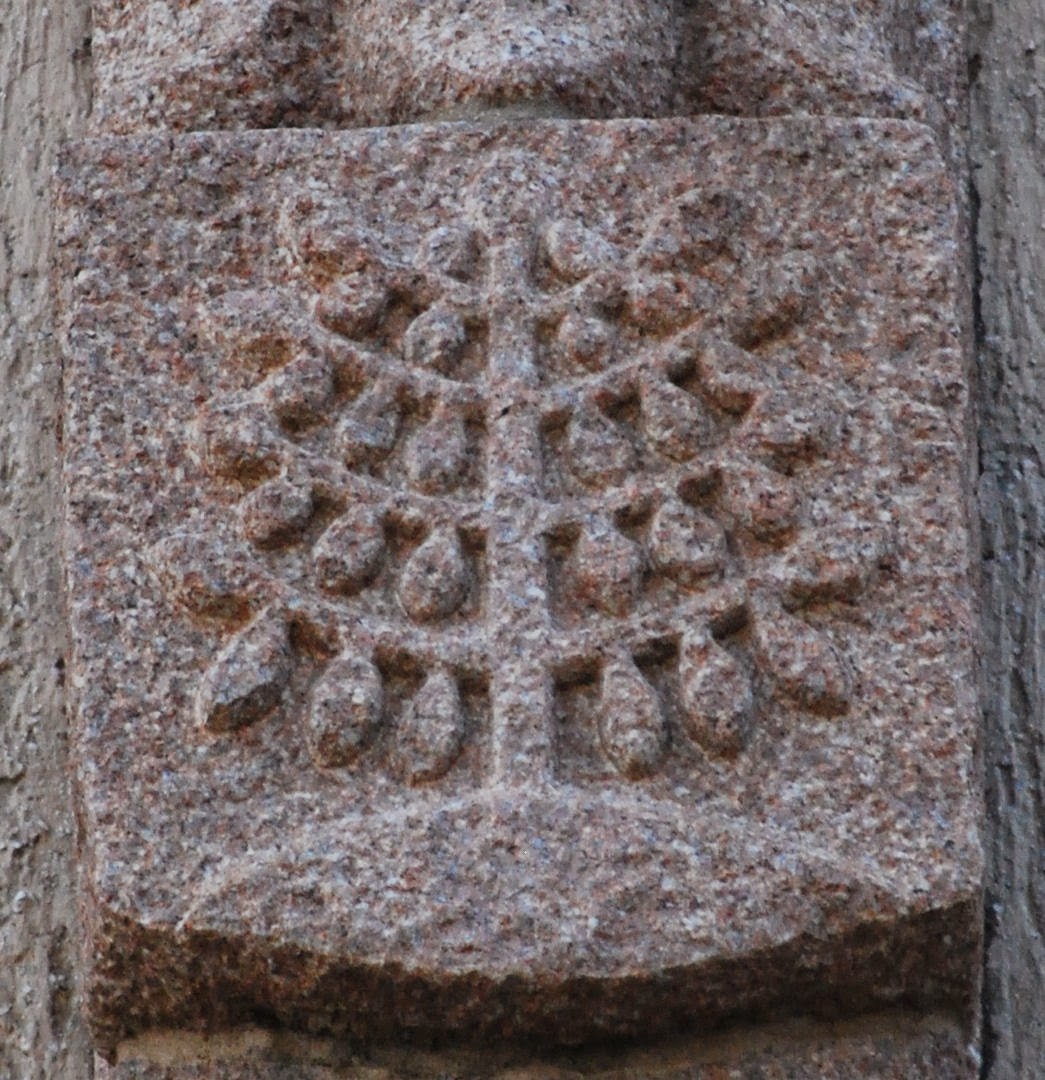 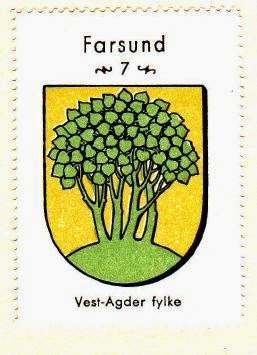 Farsund (probably; or possibly Lindas [the red shield], though I consider that less likely) 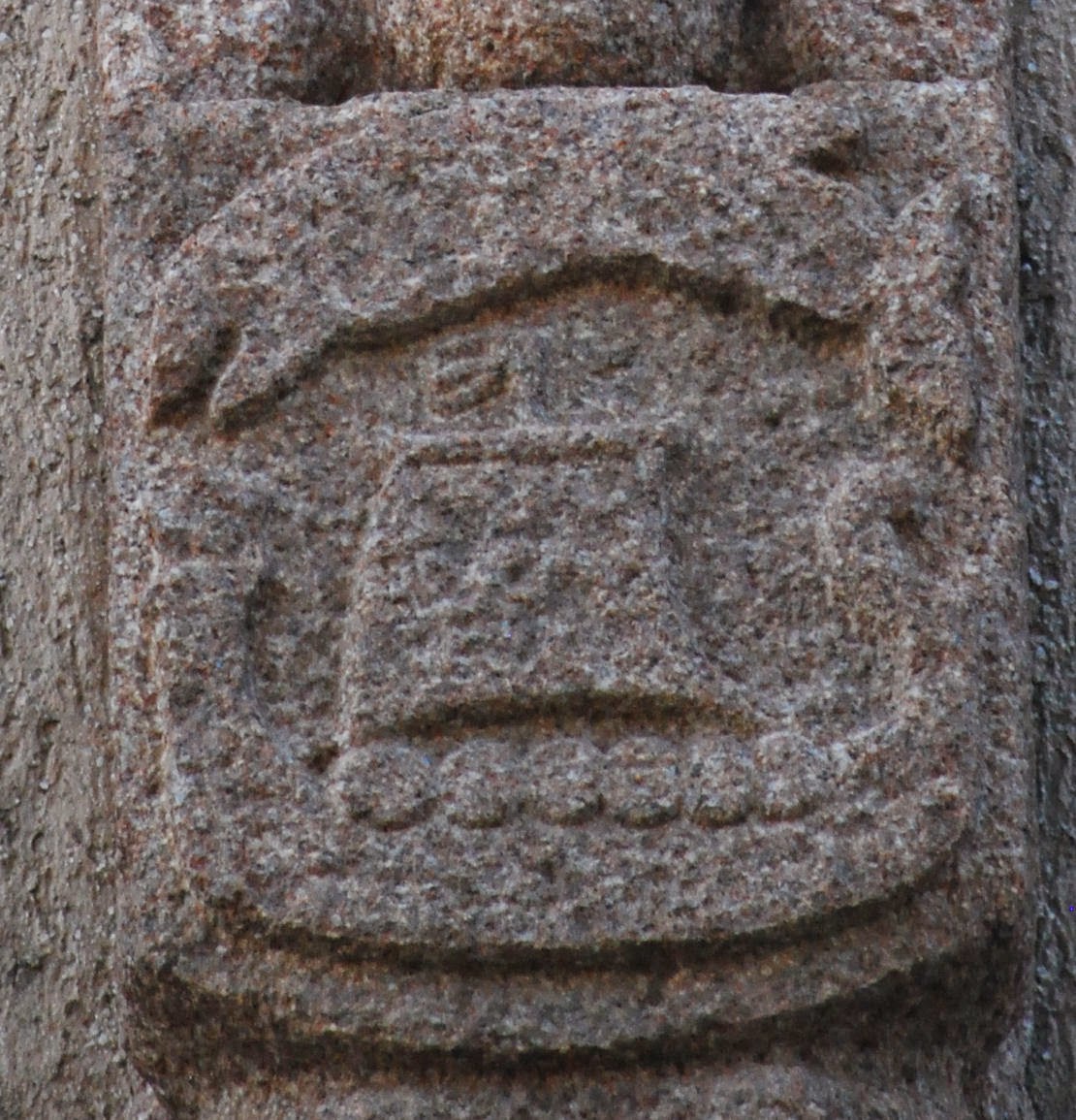 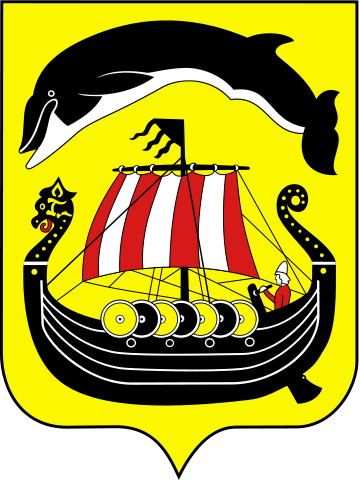 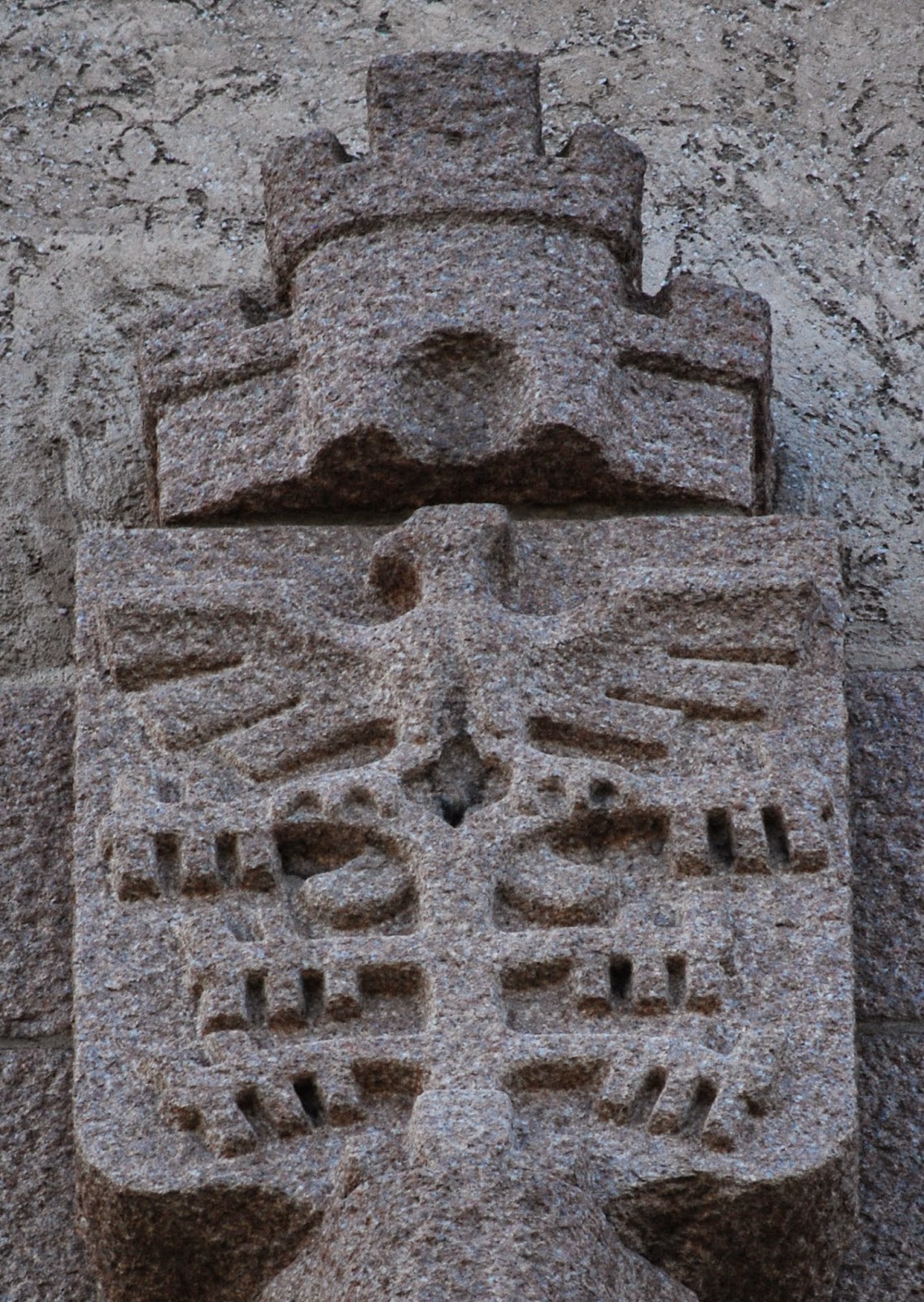 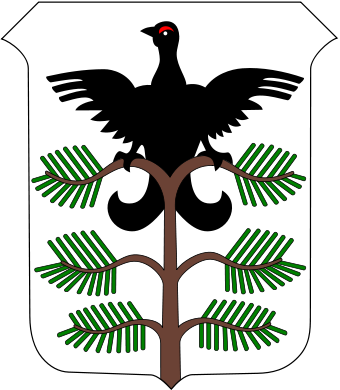 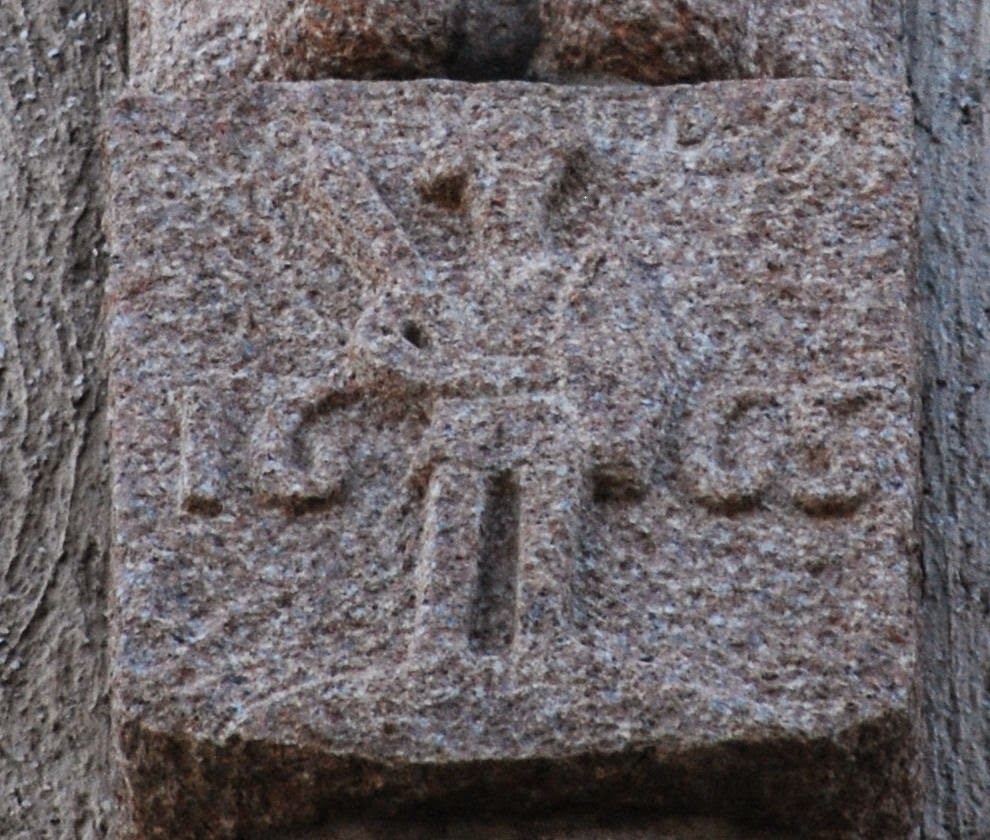 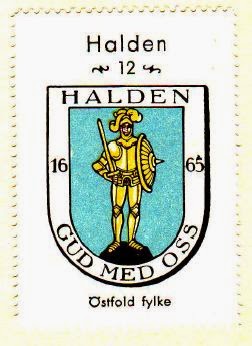 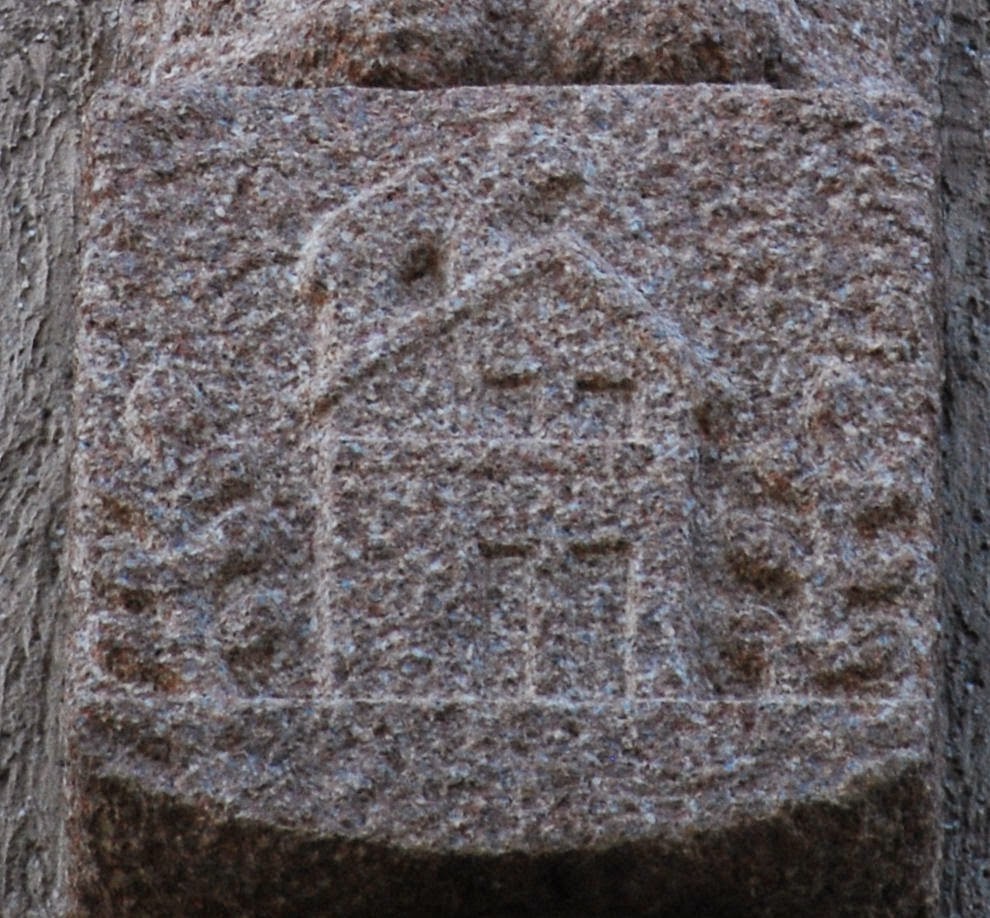 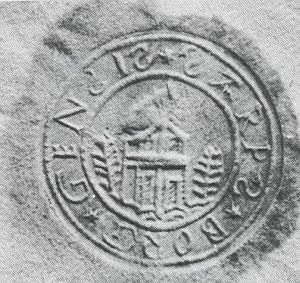 Sarpsborg (the modern arms are shown on the yellow shield) 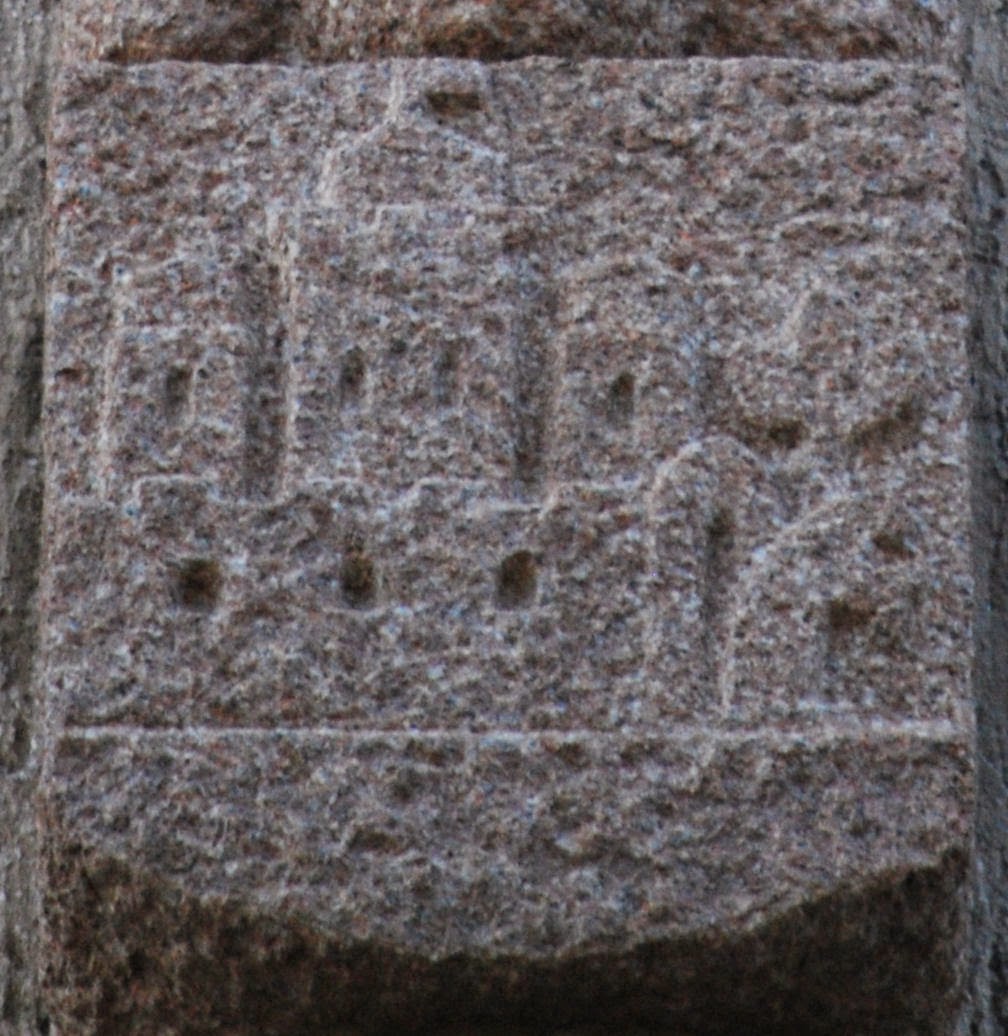 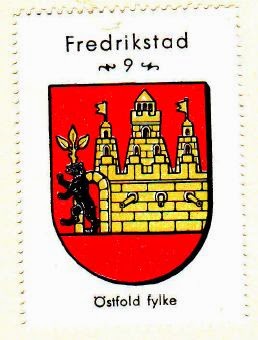 Fredrikstad (the modern arms are shown on the lowest shield) 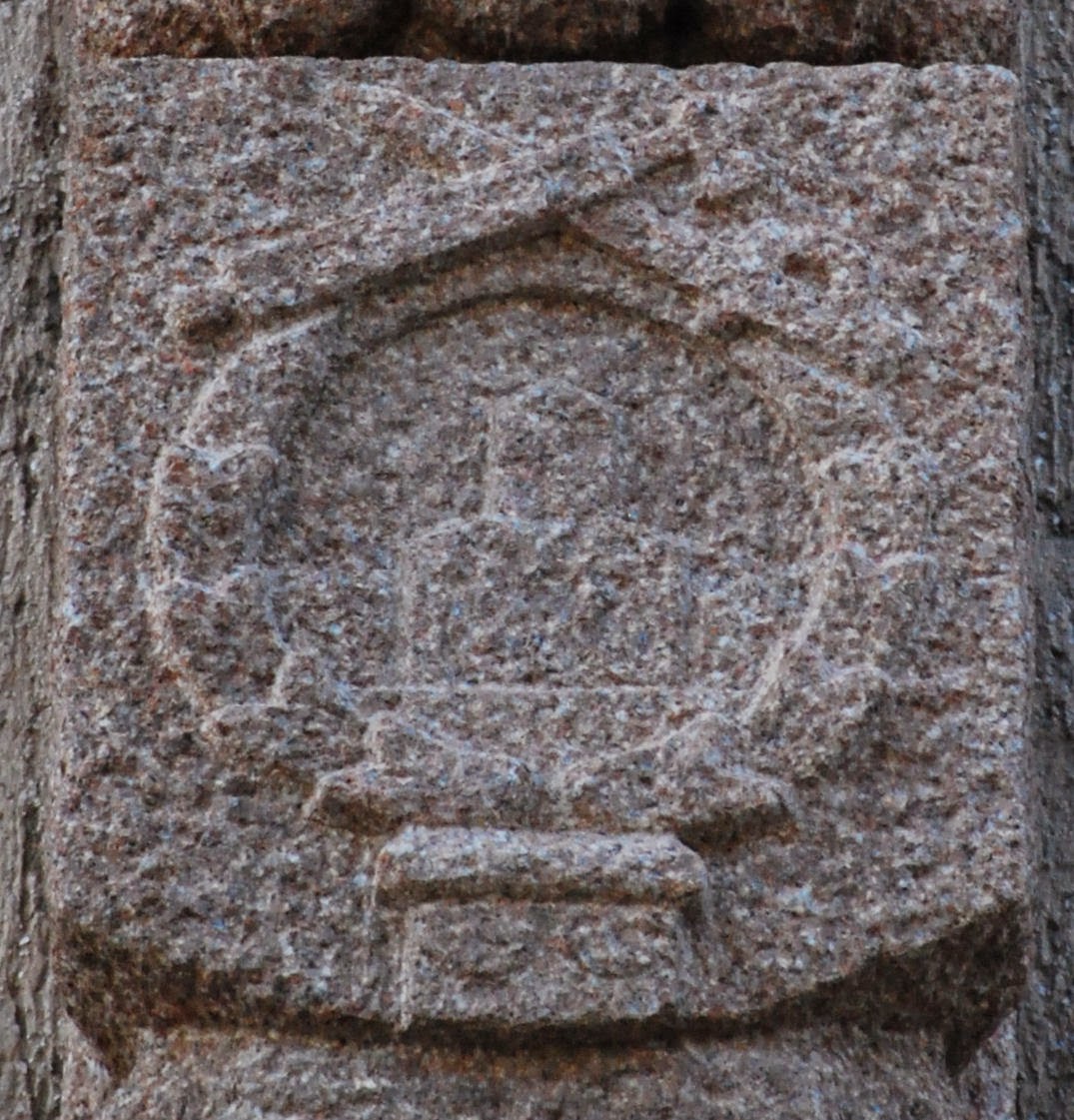 This is one of those that I have not been able to identify.  Sorry!  I did try.