First, a little background.  It helps to understand the coat of arms of the City of Oslo if you know that they are based on the story of St. Hallvard.

Hallvard gave sanctuary on his ship for a woman who was fleeing from three men accusing her of theft. Hallvard and the woman were both killed by arrows from the men. The woman was buried on the beach. Hallvard was bound with a millstone around his neck and thrown in Drammensfjord, but despite millstone as weight, Hallvard’s body miraculously floated to the surface and the men’s crimes were discovered.  St. Hallvard has been associated with the city of Oslo since at least the 14th century, when his image appeared on the city’s seal.

In the images of the city’s arms, found here from all about the city (even including on some of the manhole covers on the city's streets), you can see the saint with his attributes, the millstone and three arrows, with the woman he tried to save lying beneath his feet.  Sometimes the shield is scattered with a few stars, and usually his seat shows bear or lion's heads to each side. 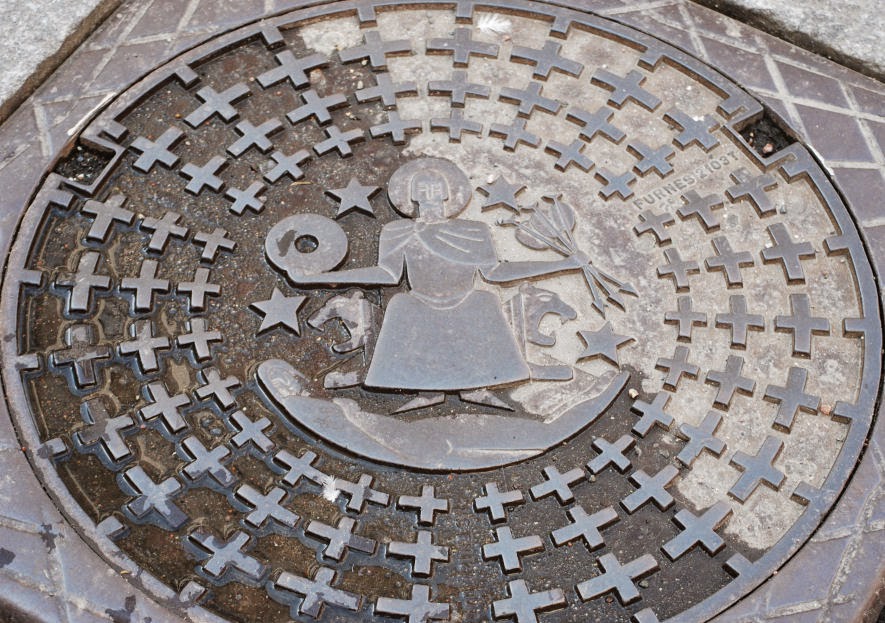 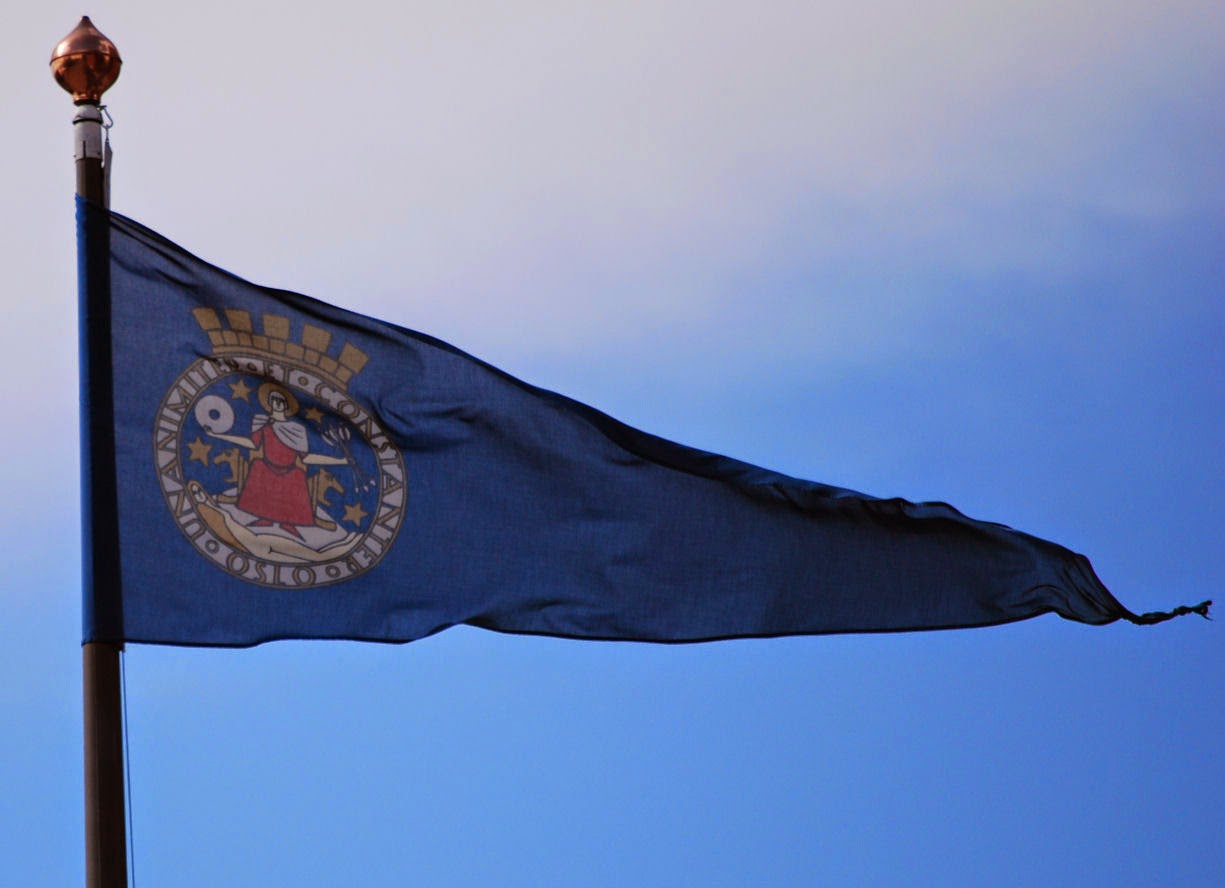 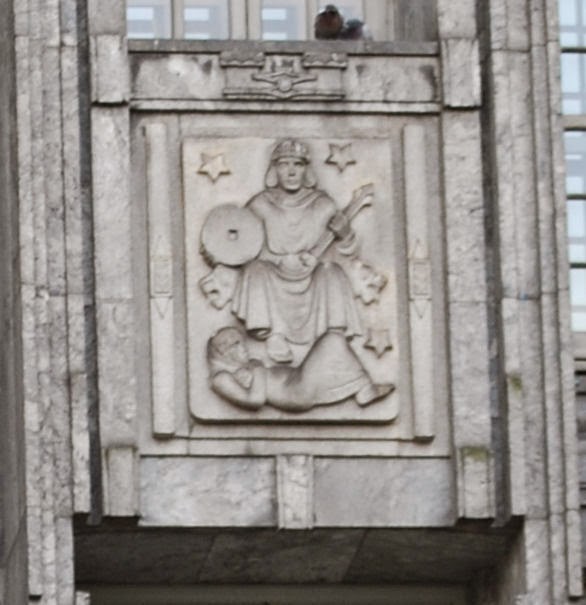 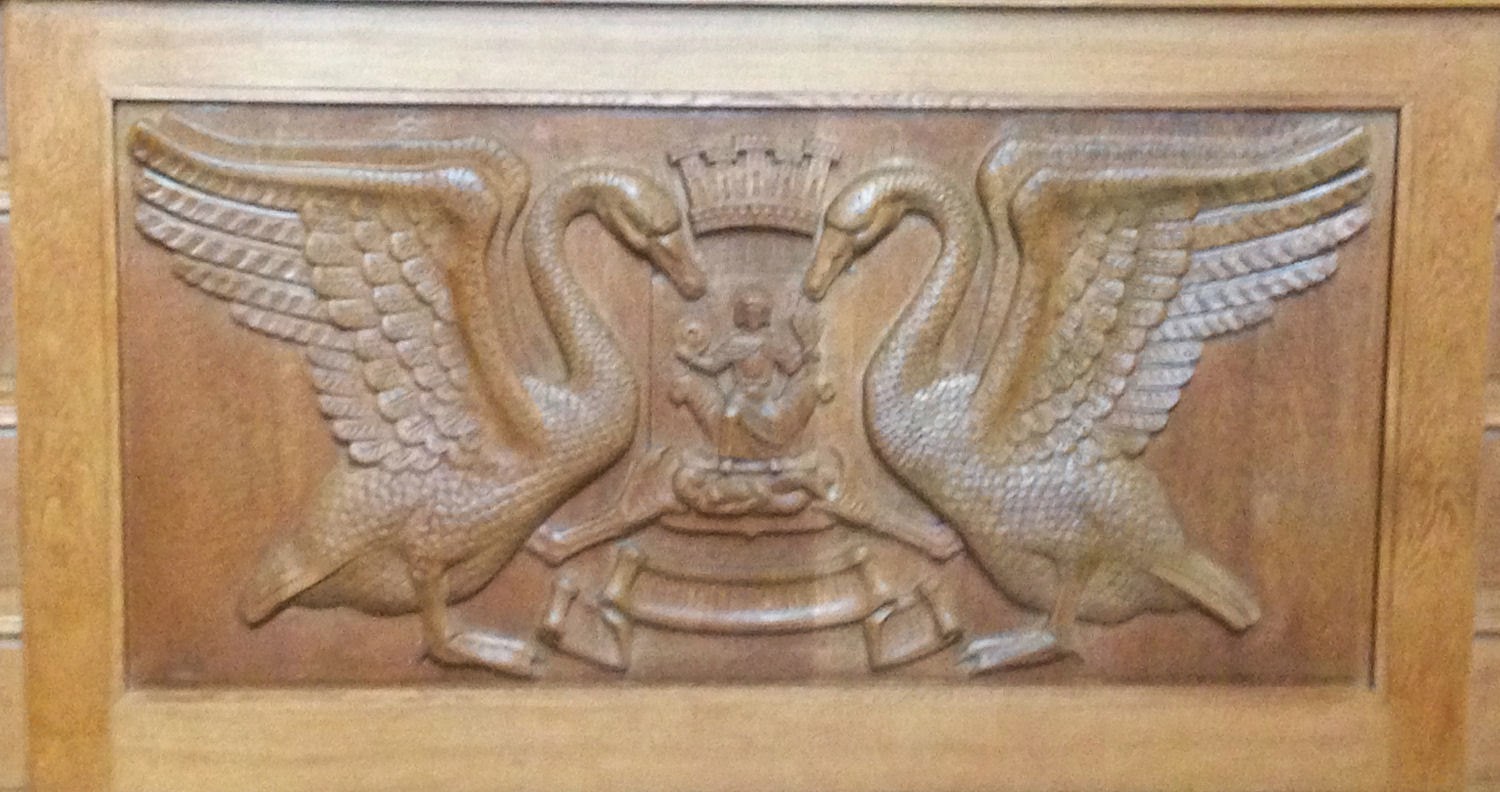 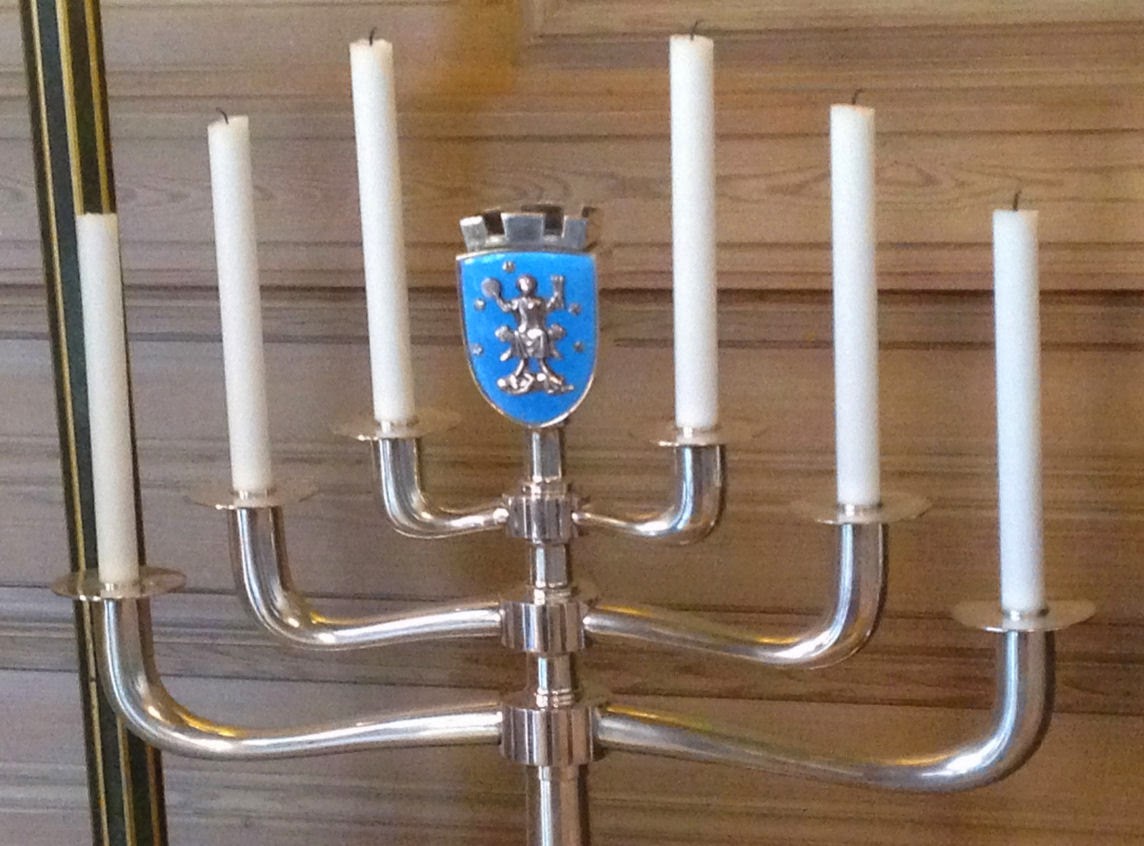 In most cases, as you can see from the above images, if there are supporters with the shield, they are swans.  But I did find one image from the Christiania Sparebank building (right across the street from our hotel, as it happened), in which the supporters are lions rampant reguardant.

Finally, there is a simplified version of the arms, showing only the saint's attributes, the millstone and the arrows, while leaving out everything else.

It was really nice to be able to walk about the city, and visit the City Hall, and see all the uses made of its coat of arms/seal.