Does Dublin Need "An Updated Coat of Arms"?


I ran across an article last last week (October 9, 2014) entitled "Time to tell Dublin's old motto: `You're fired'" by Frank McNally.  Mr. McNally seems to feel that because (1) Dublin's coat of arms is some 400 years old, and (2) "nobody - not even City Hall - now knows which castles they're supposed to be, or indeed whether they're castles at all," that it may be time for Dublin to adopt something new as its emblem.

As an academic herald I, of course, disagree.  But still ...

Mr. McNally does have some good points in his article, which I am not going to repeat here. (He also speculates about the origins of the flames.) You can read the entire thing yourself on the website of The Irish Times at http://www.irishtimes.com/culture/heritage/time-to-tell-dublin-s-old-motto-you-re-fired-1.1956569)  It is worth noting, for example, that no one seems to be sure whether those are really castles on the arms, or if they're supposed to be a portion of the old city wall, or even if there really three castles or simply one being reproduced three times.  And what about the flames?  (The words of the old Billy Joel song come to mind: "We didn't start the fire.")  So, by all means, go read what he has to say.  But ....

I would note that Dublin's coat of arms is a pretty simple one considering it's for a city; such things can be quite complex, and some entirely horrendous.  Dublin's, on the other hand - Azure three triply-towered castles argent, the towers enflamed proper - are simple and immediately identifiable as what they are, in color or in monochrome.  Do I think they need to be changed, or updated, or modernized?  No, no I don't.

Plus, you can find them everywhere about the city, from buildings to bike racks, to lamp posts and trash bins, and city trucks to manhole covers.  The following are some of them that I was able to photograph during our stay in Dublin in 2002.  I think that some of them are great examples of what can be done to "modernize" or make a logo out of a classic coat of arms without the need to actually change them for a logo (with all of the accompanying design fees!).  See if you agree. 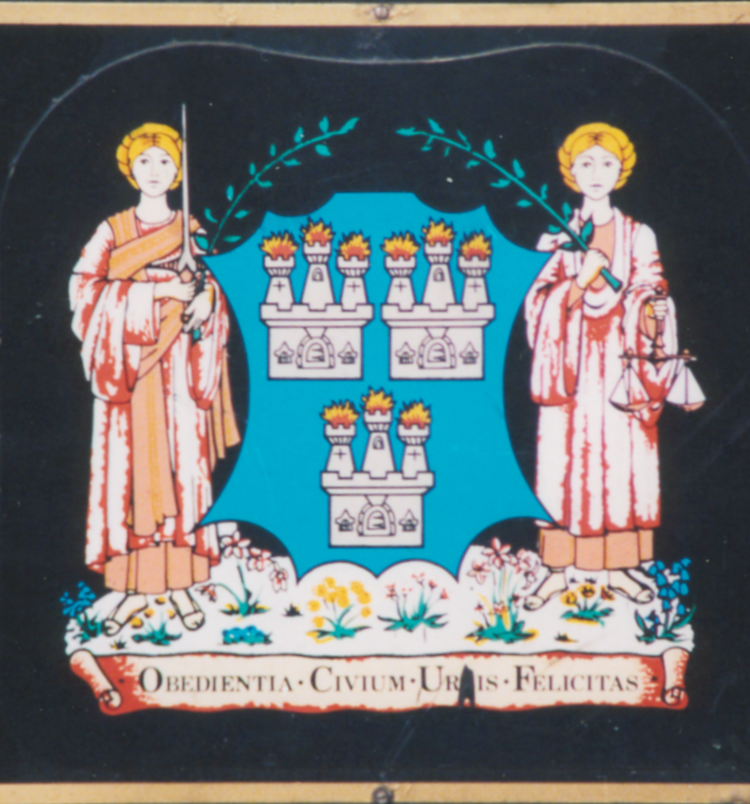 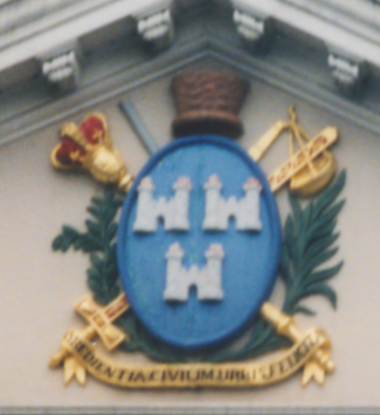 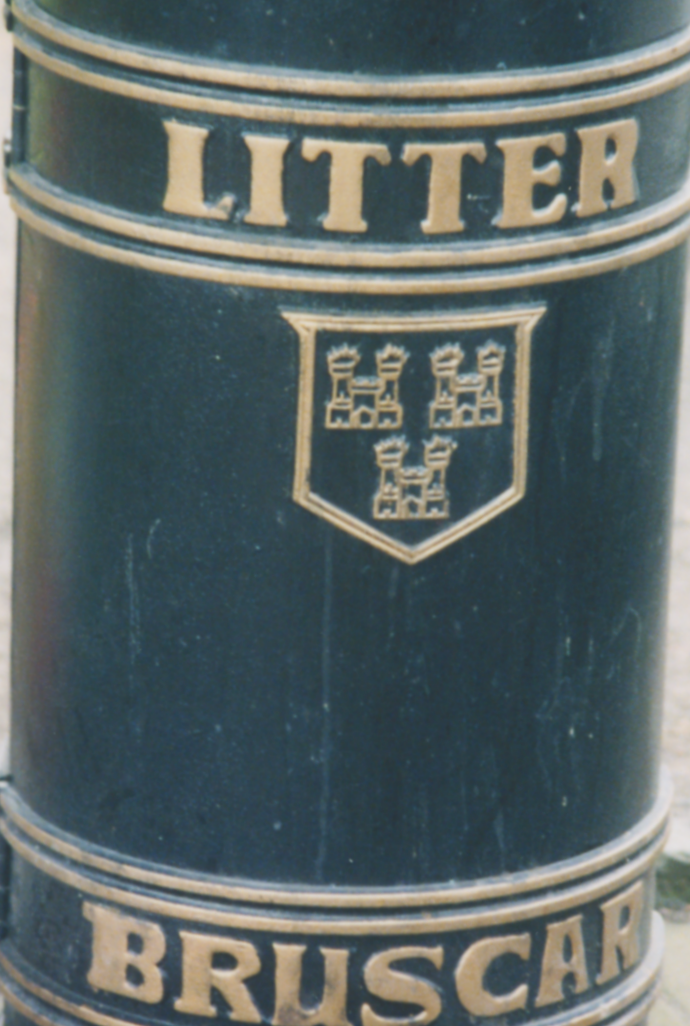 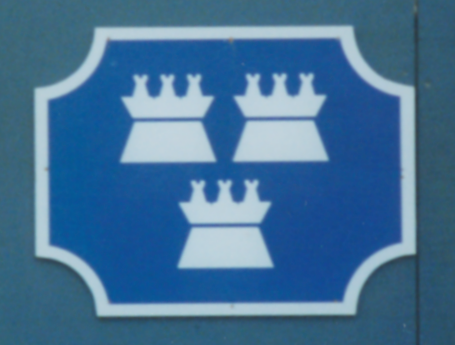 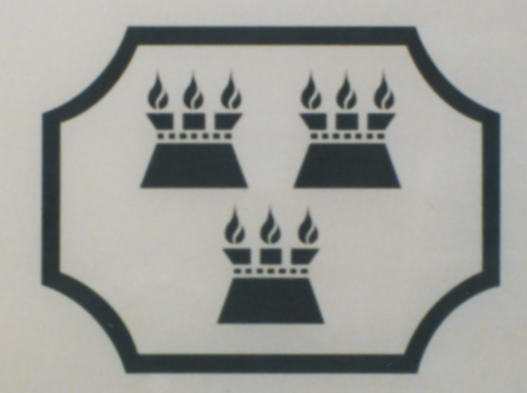