In the main entrance hall to Oslo's City Hall, there is a wooden plaque with a bit of British heraldry on it.  And why would the armorial insignia of a British ship, HMS Devonshire, warrant such a display in the Oslo City Hall, you ask?  Well, the Devonshire has an intimate connection with Norway that not a lot of people remember.  But Oslo does, and has commemorated it in a very public way. 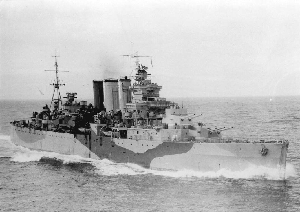 HMS Devonshire participated in the Norwegian Campaign, and was the ship which evacuated the Norwegian Royal Family and other government officials from Tromsø, Norway, on June 7, 1940, shortly after Germany had invaded. Carrying 461 passengers, the ship passed within 50 miles of the action in which HMS Glorious and two destroyers were attacked and sunk by the German battle cruisers Scharnhorst and Gneisenau. Although an enemy sighting report had been received on the Devonshire, the Admiralty's orders were to recover King Haakon VII safely, so the Devonshire continued to England. 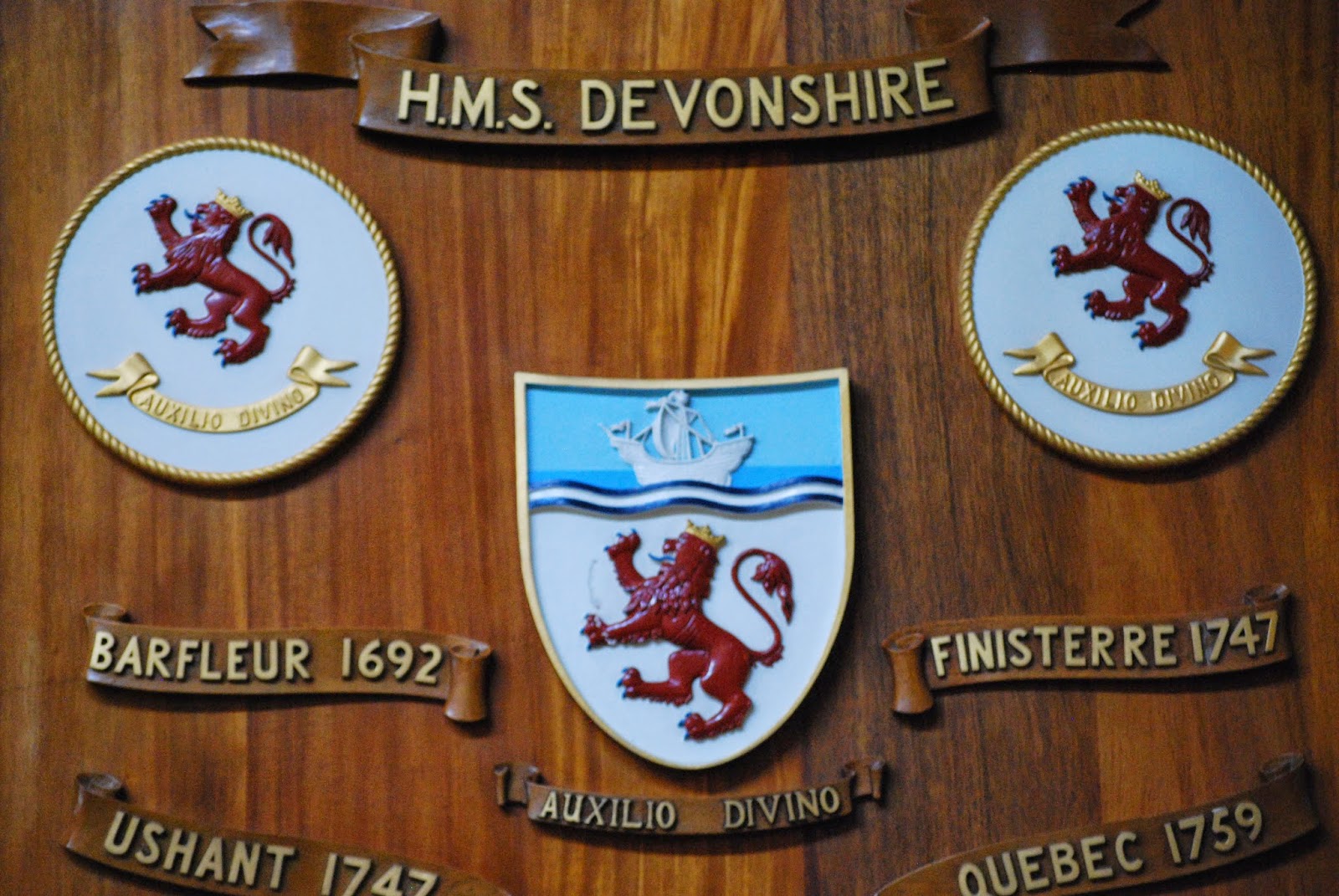 It is because of this action, in saving the Royal Family and other government officials of Norway that HMS Devonshire is still memorialized today and its heraldry appears in the City Hall of Oslo.