In this, the final, installment of some of the heraldry seen in Maastricht, The Netherlands, we have the heraldry that you are most likely to see when you enter the town and again on your way out when you leave.    I am referring, of course, to the wonderful armorial stained glass windows in the main hall of the local train station there.  (Have I mentioned how much I enjoy traveling by train in Europe?  It's quick, it's economical, and it will take you just about anywhere you want to go, comfortably and with reasonable efficiency.  I really wish we could convince some of our bureaucrats here in the States to develop a similar system, but I fear that will never be.  But I digress.)

So, right!  Maastricht train station.  Armorial stained glass panels.  With the arms of the City of Maastricht, several regional entities, and a few personal coats of arms.  (I've identified most of the regional arms already, as they appear in the armorial panels on the GE Artesia Bank building in Maastricht which I shared with you earlier here: http://blog.appletonstudios.com/2012/12/heraldry-in-maastricht-part-fourteen.html)  The entire set was too large to get into a single photograph, so I've had to put them here in sections, basically in order from left to right; you'll be able to notice where a couple of the photos overlap.

All in all, though, it's a very impressive display, both of civic pride and of heraldry.  So without further ado, here's what we saw on our way out of the city. 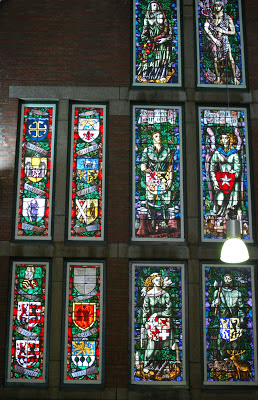 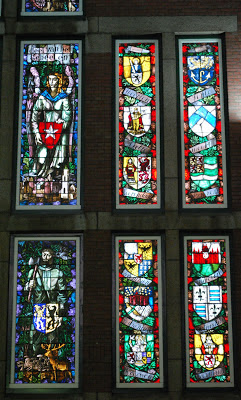 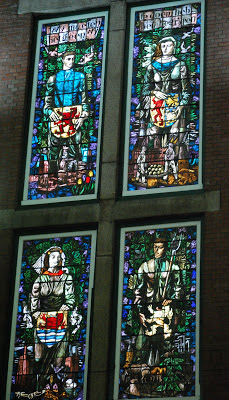 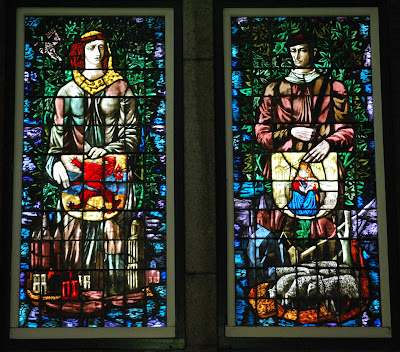