For our antepenultimate heraldic stop in Maastricht, we have the stone memorials lined up the outside of St. Mathias church (just around the corner from the State House and Market Square).  The memorials are within an area that is now a car park that can be closed off at night by the residents there.  I assume that the car park now covers what used to be a graveyard.  (This seems to happen a fair bit in Europe: John Knox is buried in Edinburgh under what is now a car park, and the body of Richard III was recently identified after being found under a car park in England.)

Be that as it may, the church was closed when I was there so I was unable to see inside, but here's a good sampling of the heraldic stones that I found alongside the church while I was there. 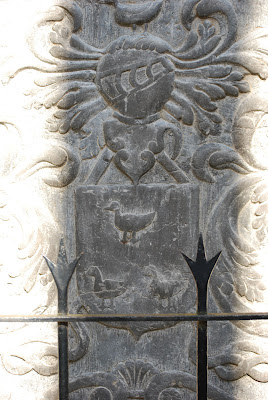 As you can see from many of these pictures, they have placed a protective fence in front of the memorials.  That's good for the memorials, but tougher on the photographer trying to get a clean shot of them. 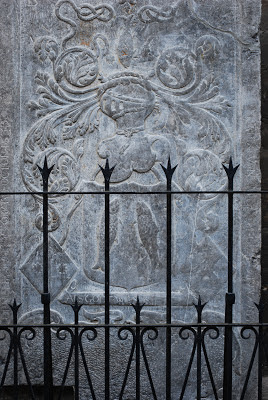 The next two photographs are details of the shields to the left and right (dexter and sinister), respectively, of the shield with the two fish in the center. 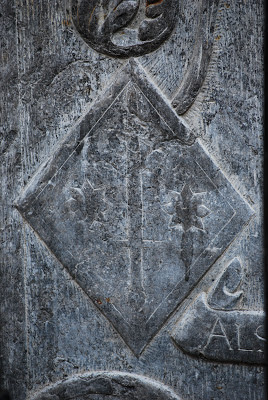 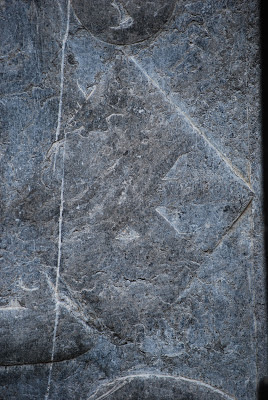 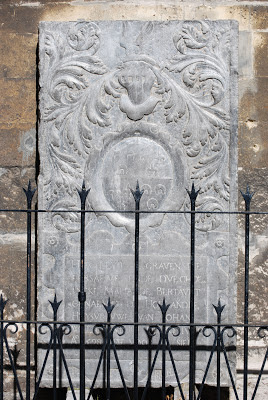 The following three photographs are of the helm and crest, coat of arms, and inscription, respectively, of the stone above. 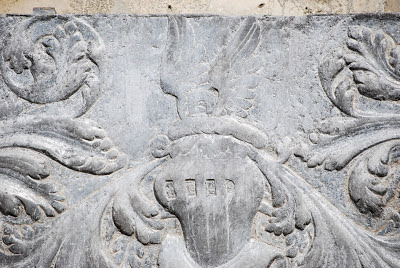 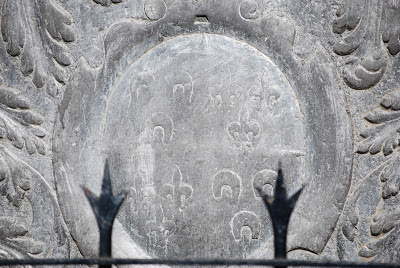 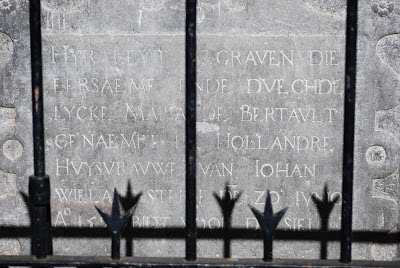 Finally, these last two pictures are of stones set into a brick wall at the back of the car park, and not along the exterior wall of St. Mathias church. 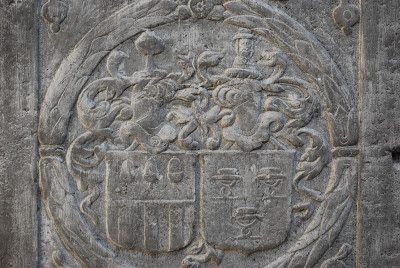 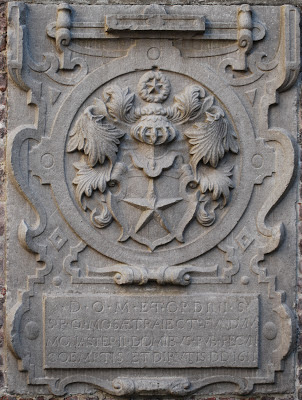