Next door to the Museum aan het Vrijthof (the red building just barely showing on the right in the photograph below, and which I discussed in my last post) is a white brick building housing the GE Artesia Bank. 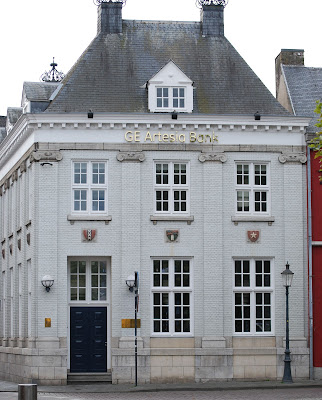 What is really cool about this building is that across the front (above), 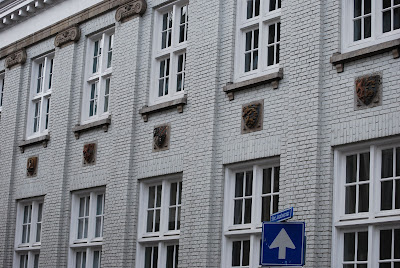 down the side (above), 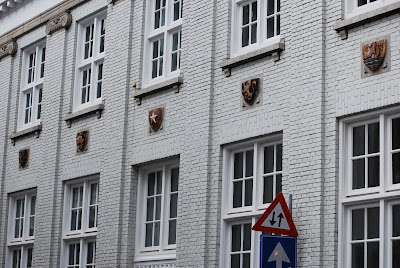 and across the back (above) is a row of some sixteen coats of arms (one is a duplicate; two of the arms, one on the front and one on the back, are the arms of the City of Maastricht), each set into the wall on a concrete (I believe) square.

Each coat of arms is painted as well as hatched.  They are, in order from right to left, beginning on the front of the building, going down the side, and then across the back: 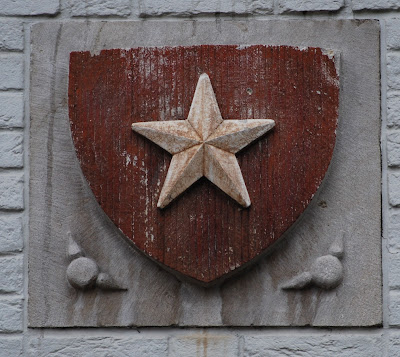 The City of Maastricht 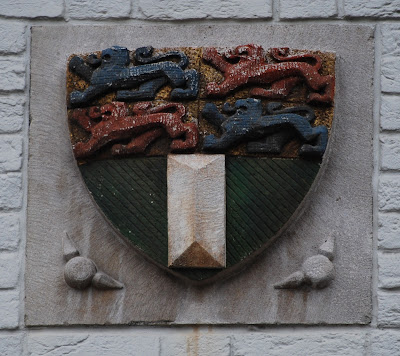 The City of Rotterdam 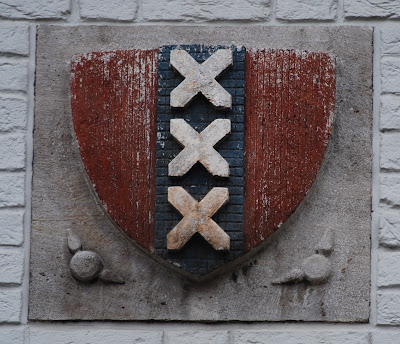 The City of Amsterdam 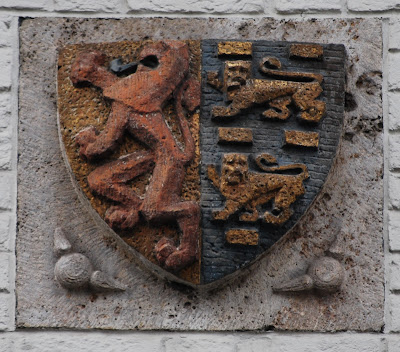 The Province of North Holland 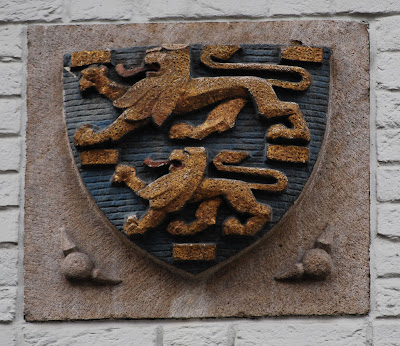 The Province of Friesland 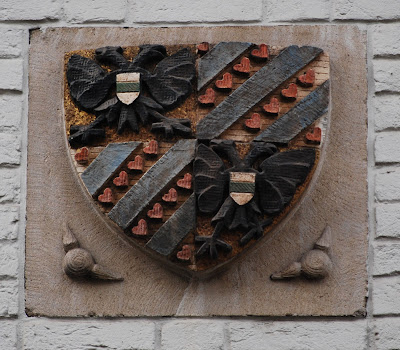 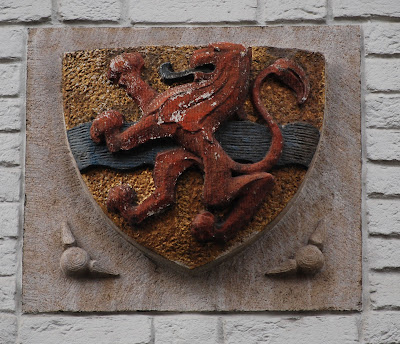 The Province of Overijssel 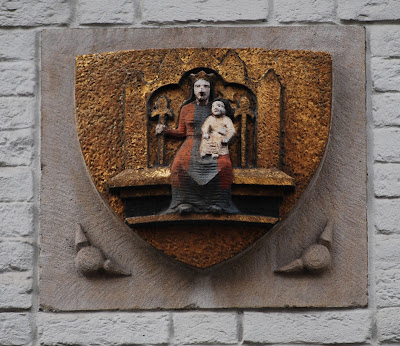 The Province of Drenthe 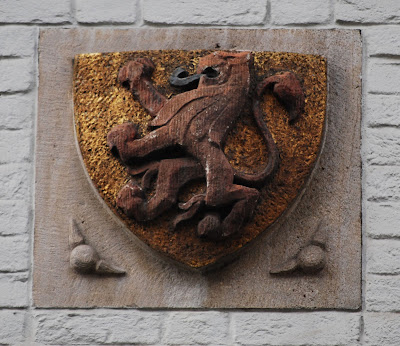 The Province of South Holland 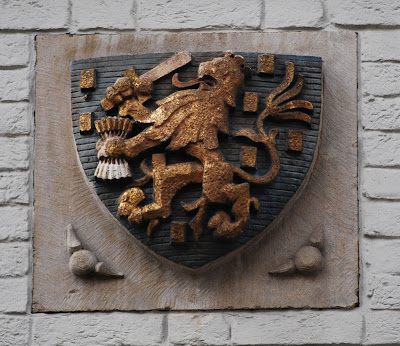 The Kingdom of The Netherlands 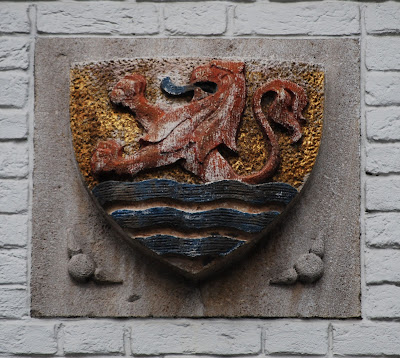 The Province of Zeeland 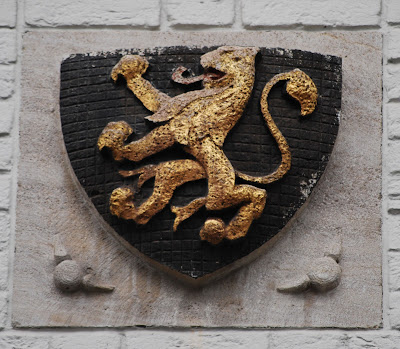 The Province of North Brabant 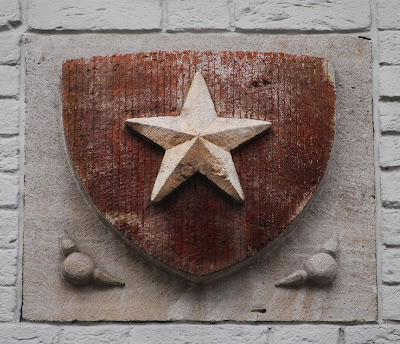 The City of Maastricht (again) 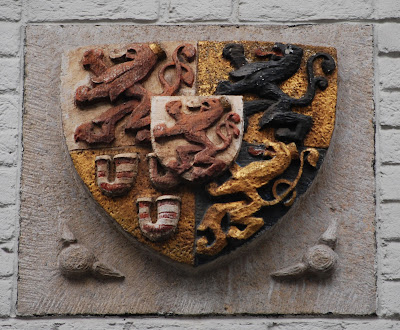 The Province of Limburg 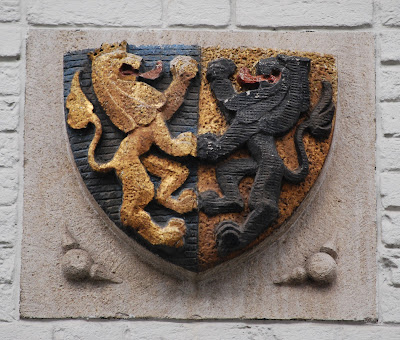 The Province of Gelderland 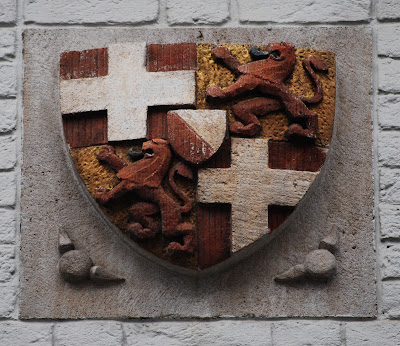 The Province of Utrecht

Isn't that all a great display of heraldry?