"Everything Old Is New Again"

As the old song says.

British Airways has launched a new advertising campaign (emphasizing the company’s motto: “To Fly. To Serve.”) featuring their coat of arms. As a part of that campaign, there is a well done video on the history of their achievement of arms, with both images of the original grant from the College of Arms in January 1975 ... 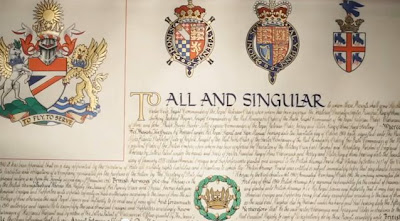 and the more recent rendition done by a graphics design company, which keeps all of the elements of the original while at the same time modernizing them and allowing for three-dimensional renderings, as well. 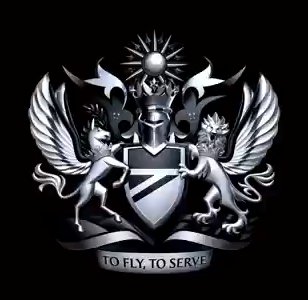 Frankly, I think it’s great when companies update their coats of arms rather than simply (and usually more expensively) sending off to a graphics design firm for a new logo (most of which will be outdated in a few years). And, as one of the company spokespersons noted in the video, the British Airways achievement of arms is “as relevant today and tomorrow as it always has been.” And isn’t that a goodly (in both senses, large and beneficial) part of the attraction of the use of heraldry anyway?

You can watch the whole three minute, 46 second video on-line at: http://www.youtube.com/watch?v=x_G4MV_DG2Q
Posted by David B. Appleton at 6:00 AM