Territorial Coats of Arms in the Chapel at Kronborg Castle


Having already seen the lesser arms of Denmark surrounded by the arms of its territories, found in the Chapel at Kronborg Castle, as part of our post from a week ago, on February 21, today we're going to look at some of those same territorial arms as found on the ends of pews in the Chapel.

A sign there in Danish and in English gives us some helpful information about the history of the Chapel:

In 1577, the building of the Chapel was commenced by Frederik II, and the grandiose inauguration took place in 1582. However, the many-colored wood carvings that lend a special Renaissance luster to the room were still under completion in the following years.

The castle fire of 1629 left the Chapel virtually untouched. As Kronborg was handed over to the military in the 18th Century, however, the furniture was removed. The space was needed for fencing, gymnastic exercises, and ammunition storage. In 1840-43, the Chapel was restored and the original furniture returned.

The "original furniture" restored to the Chapel include territorial arms include the pews, each of which has on its end carved and painted coats of arms, supporters, and a profusion of other decorative elements, perfectly matching the style of the display of the lesser arms of Denmark we saw last week.
In some instances, I have included a photo of more of the pew end to give you a better idea of the overall context, as well as close-ups of the arms themselves. Taken as a whole, it's quite an impressive display of heraldry!

(Many of the territorial arms seen here can be identified as being the same as those found in the Rose Room of Frederiksborg Castle, in my post of July 12, 2021, at http://blog.appletonstudios.com/2021/07/the-heraldry-in-rose-room-part-1-kings.html) 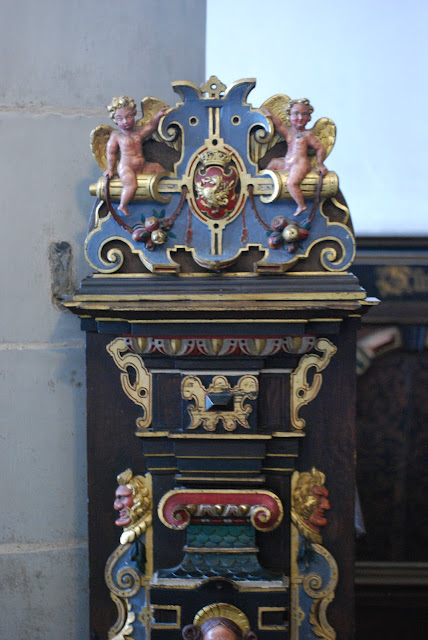 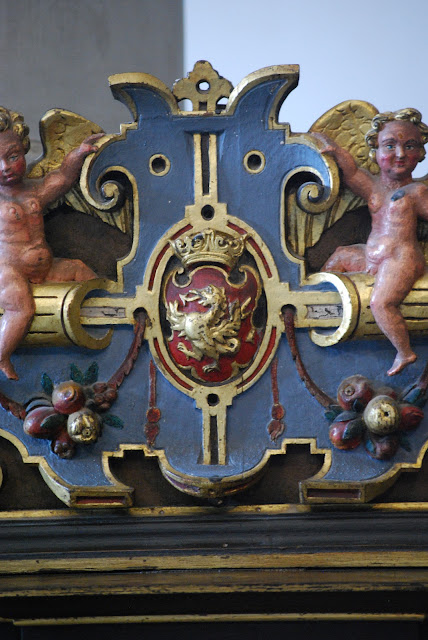 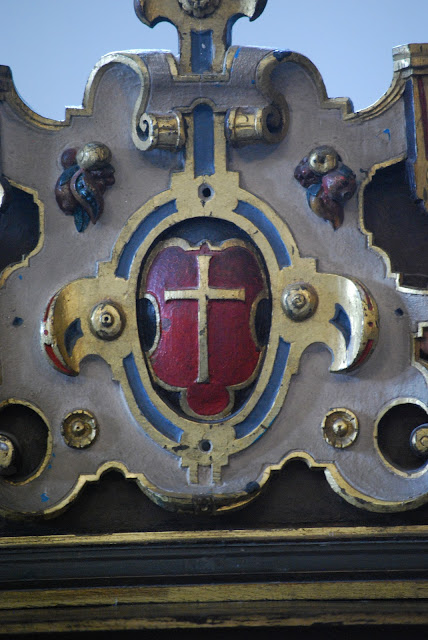 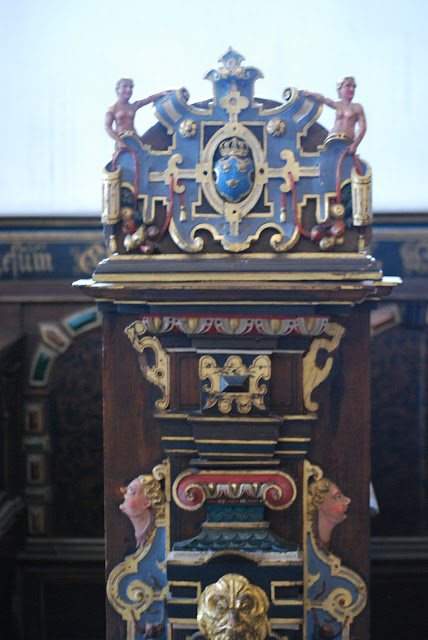 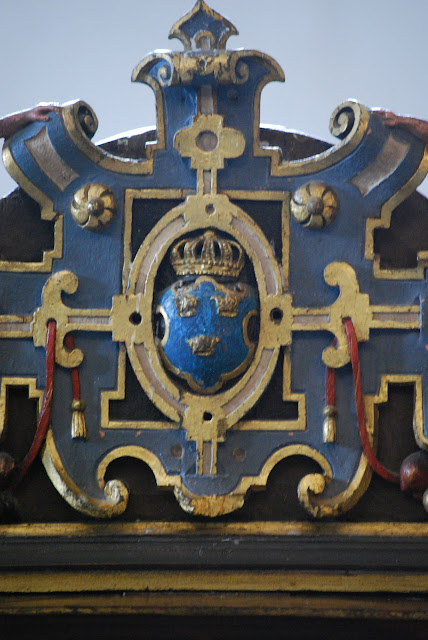 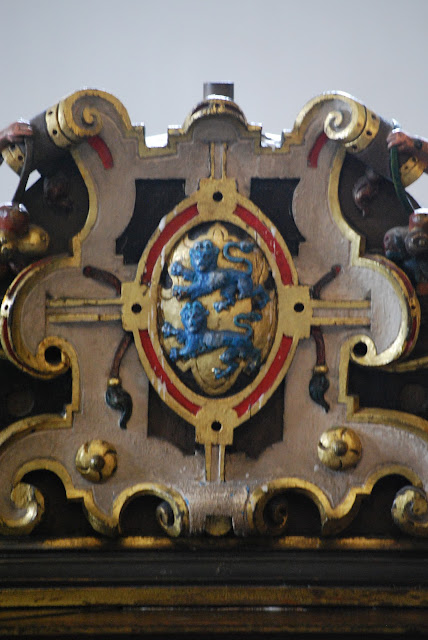 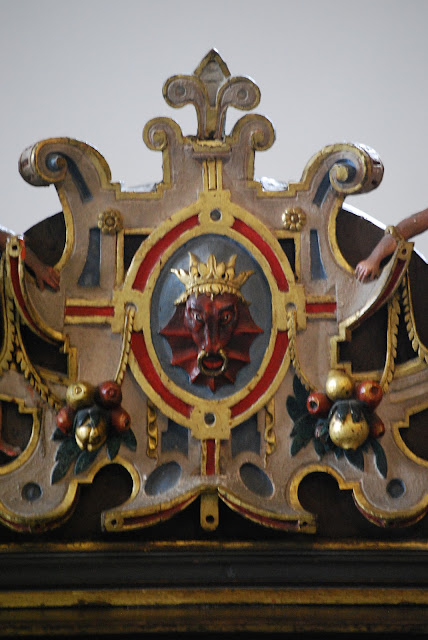 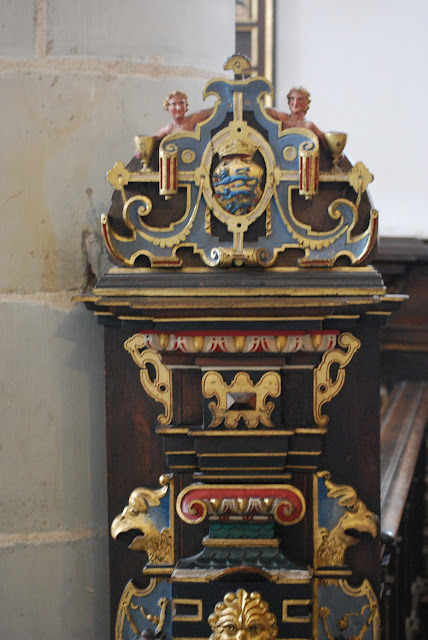 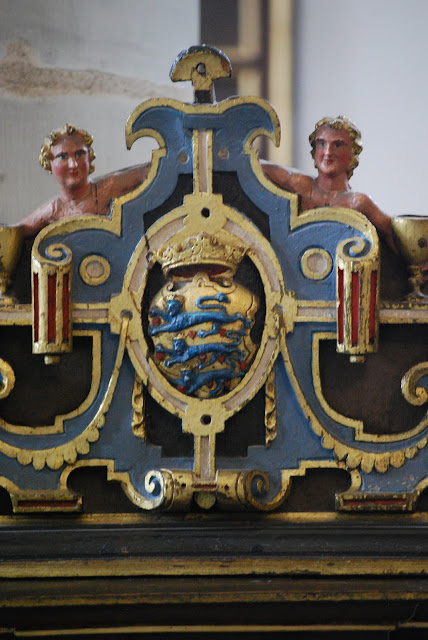 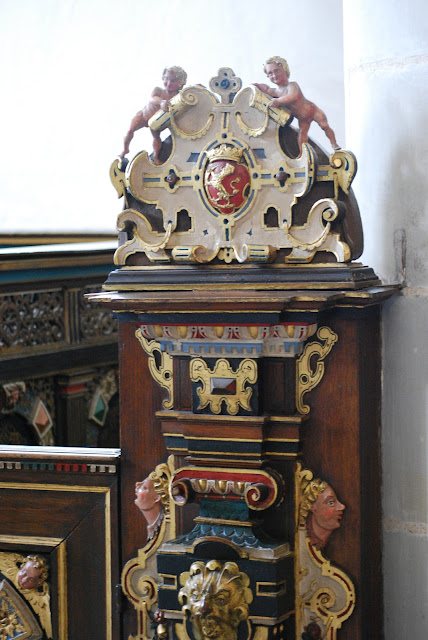 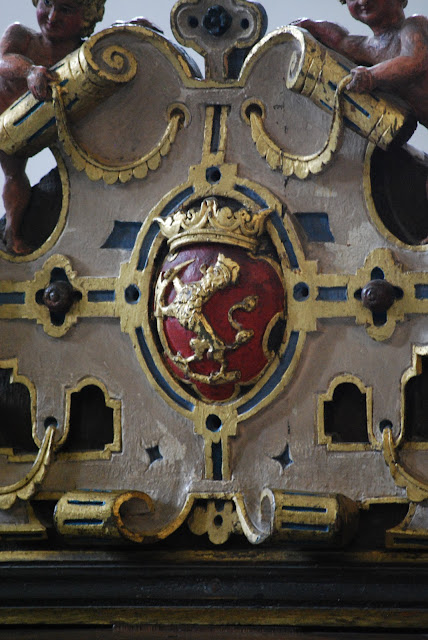 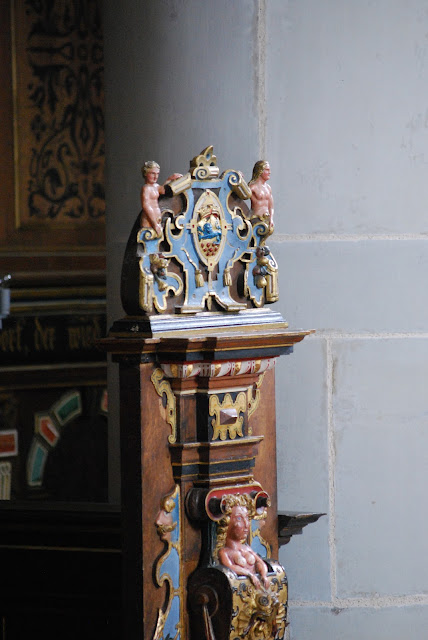 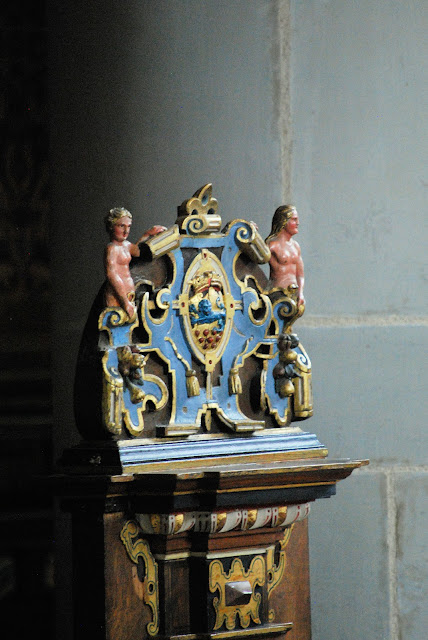 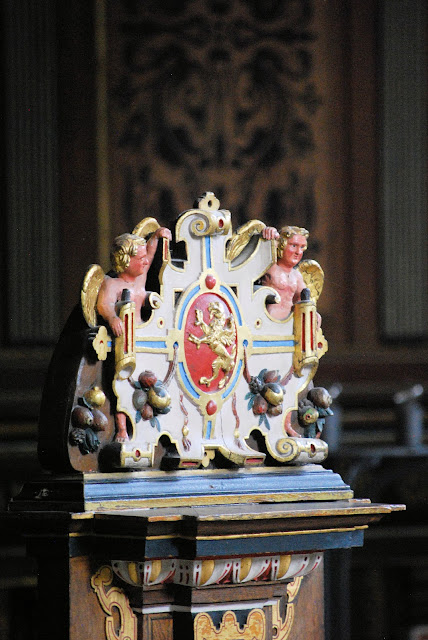 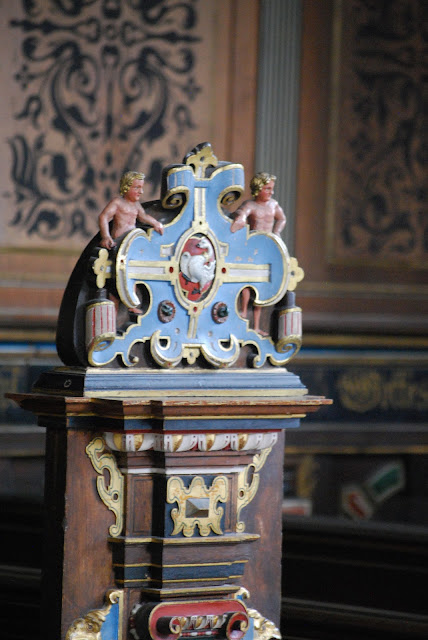 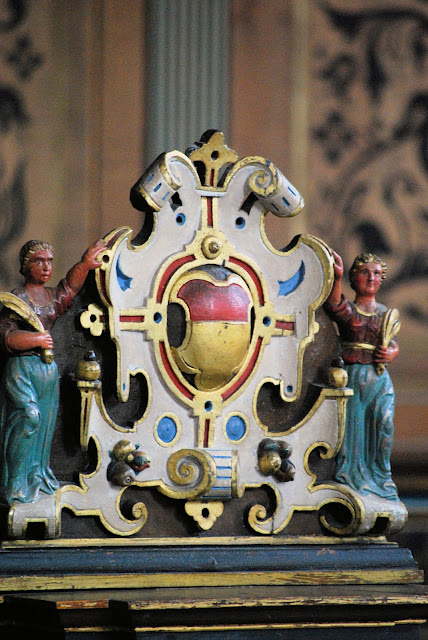 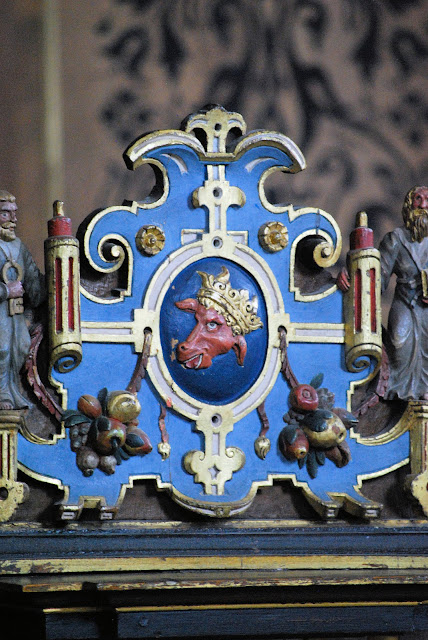 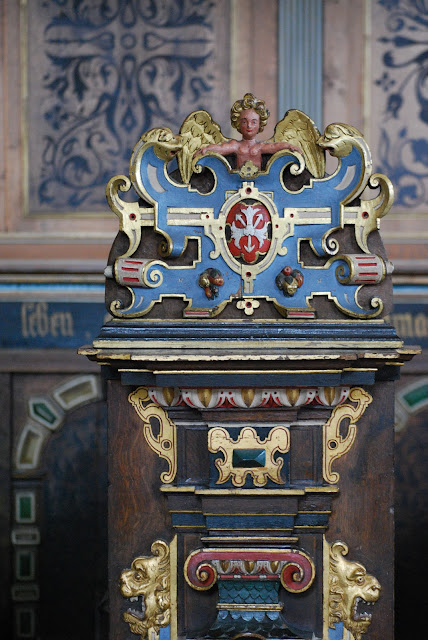 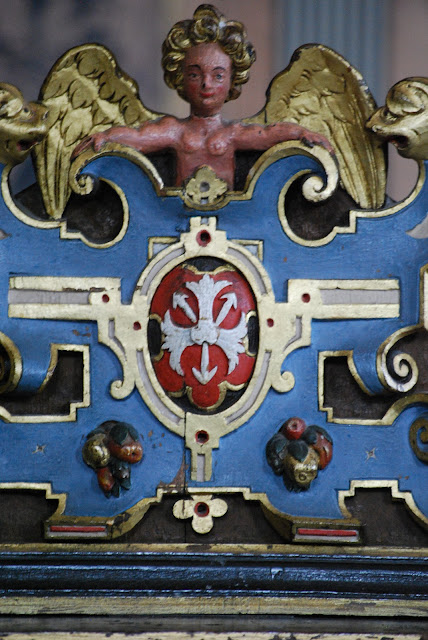 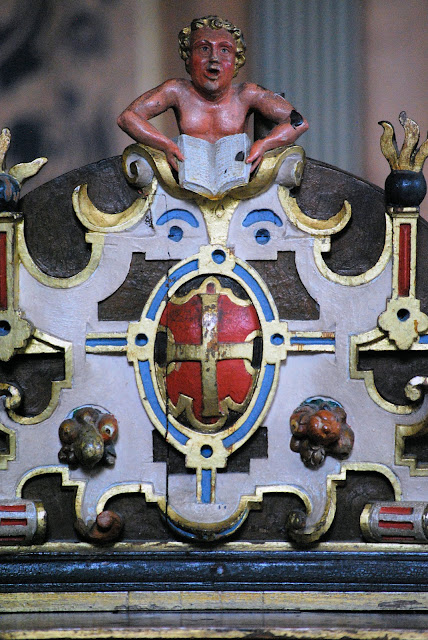